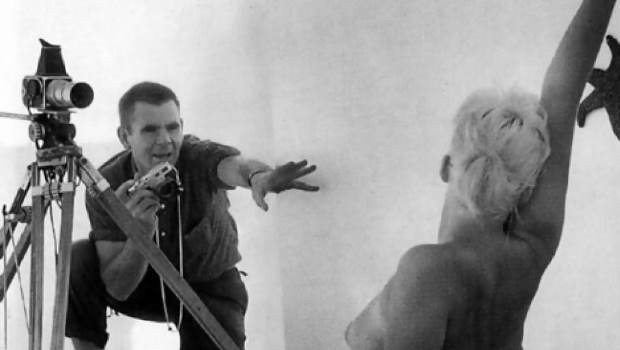 ‘Six of the Breast’ from Russ Meyer

The fact that a man like Jonathan Ross professes to Faster Pussycat! Kill! Kill! as being one of his favourite films, should give you a pretty good idea as to what you can expect when you pick up a Russ Meyer film. Given that a perfect day for Ross involves, as he himself has admitted, buying his well-endowed wife some lingerie, it should be no surprise that Meyer’s films are mainly, perhaps even exclusively, about tits. To be exact, gargantuan, pendulous, all-consuming tits.

Apologies for the crudeness, but really there’s no getting away from it. All the films of the dearly-departed auteur Russ Meyer have one thing in common. For some auteurs their ‘thing’ might be a consistent obsession with certain camera angles and milieu’s, with others it might be certain social themes. With Meyer, it’s a consistent obsession with God’s greatest gift – breasts.

If you don’t believe me, you don’t have to take my word for it. Simply buy the landmark collection of Meyer DVD titles that were released on the 28th March by Arrow Films, sit back, and watch in wonder at the continuous parade of impressively-endowed ladies that wander across your television screen. From Tura Santana as man-wrestling ‘Varla’ in 1965’s Faster Pussycat to Babette Bardot as ‘Bouncy’ in 1966’s Mondo Topless, from Erica Gavin as ‘Vixen Palmer’ in 1968’s Vixen to Shari Eubank as ‘SuperVixen’ in 1975’s, er, Supervixen, and from the the splendidly-monikered Raven De La Croix in 1976’s Up! to Uschi Digard as SuperSoul in 1979’s Beneath the Valley of the Ultra Vixens (co-written by film critic Roger Ebert): these are just a few of the mammary-blessed buxom beauties that Russ Meyer populated his numerous productions with.

Now, it is possible to suggest that Meyer was about more than just the boobies. For a start, it could be claimed that in some of his earlier films Meyer had a pretty good go at producing some scathing critiques of the hypocrisy of the sexual and social mores of 60s and 70s America. Additionally, some have even claimed that he was a bit of a feminist, filling his films with strong, independent women who knew what they wanted, knew how to get it, and in some cases (such as Faster Pussycat)were literally prepared to wrestle men to death in order to get it. And not only are Meyer’s women strong, but his men are either dirty pervs who eventually get their comeuppance, or guileless plonkers who are toyed with and then discarded by ladies who could hide a fire hydrant in their cleavage.

But even with these attempts at attributing loftier qualities to Meyer, in the end, you can’t help but come back to the breasts. For if there was ever a man who found beauty in what looks like two puppies wrestling in a sack, it was Meyer. Never dipping his toe into anything too unseemly (as he himself claimed, Meyer was not particularly interested in ‘what went down below) Meyer always stuck to what he knew breast. And it is because of him that horny little guys like myself can buy films starring gals with huge busts and claim to be doing so all in the name of art.

God Bless Russ Meyer. May he breast in peace.