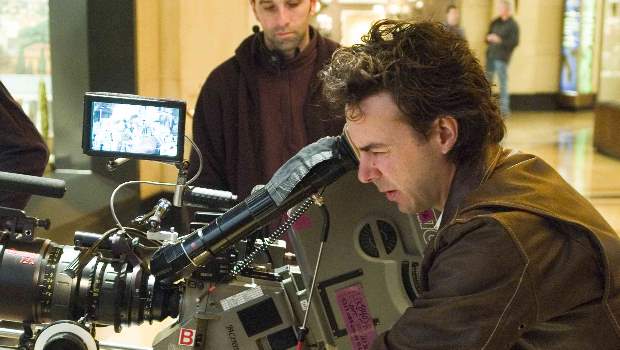 Hollywood director Shawn Levy was at the helm of movies including Cheaper By The Dozen and The Pink Panther remake with Steve Martin. His latest release is A Night At The Museum, which stars Ben Stiller, Ricky Gervais and Robin Williams

There’s a long list of comedians who star in A Night At The Museum, but who’s the funniest?
In real life, it’s got to be Ricky Gervais. No wait… Robin Williams.

Not Ben Stiller?
When Ben’s in a scene with a guy like Ricky Gervais and the chemistry is rocking, he’s pretty awesome – but he is not that funny in real life. He’s pretty serious and intense. Nice guy, but not a crack up.

What about the rest of the comedy cast?
Owen Wilson – he’s super cool. Women love him but he’s not so funny. Steve Coogan has a super-talented comic mind. Again, he’s fun to go and have a drink with but not that funny in real life. Robin Williams can start riffing and he can go for 20 minutes without knowing where he is going next. He is insanely hysterical.

They say never work with animals or children but you had to deal with both in this film…
The monkey is everyone’s favourite in this movie and to be honest, he was better trained than Mickey Rooney at times. That monkey literally trained for months to bite Ben’s nose and slap him around – as well as learn to hold a surrogate penis between his legs and pee on Ben Stiller’s head. The monkey was awesome.

Was it real pee?
No, it was yellow food colouring and water, although the monkey did manage to pee down Robin Williams’ back for real – as well as poo. You’ll see a memorable moment on the DVD bloopers when Robin turns around to reveal his stained back.

Were there any other animal blunders on set?
Well, nobody else pooped on set – apart from the horse. That’s also on the bloopers. Of the non-animals, Ricky Gervais messed up a lot. He couldn’t get through a take without laughing. It was just take after take ruined by Ricky laughing because he thought Ben Stiller was the funniest guy ever.

Was Ben your first choice for the lead role?
Definitely. Any comedy starring someone funny who’s a man between 30 and 50, Ben Stiller is going to be the first choice. He’s like the grand Pooh-Bah of comedic actors. As if he couldn’t get more powerful after Meet The Parents, Meet The Fockers, Starsky And Hutch, Zoolander and Dodgeball – he’s now got a movie that broke all his own records. The prior global record for live action comedy was Meet The Fockers but now it’s Night At The Museum. Meet The Fockers took $517million, but we’ve just taken $524million.