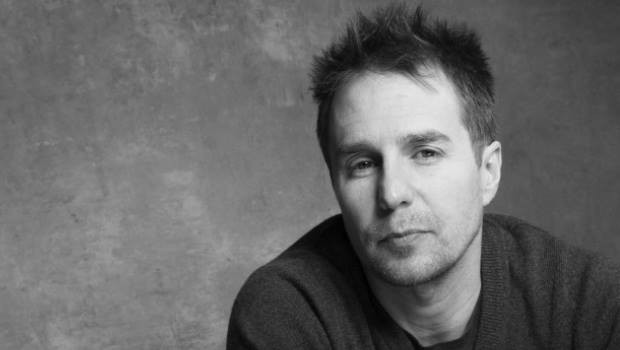 Over the past two decades Sam Rockwell has been slogging his way up the Hollywood ladder, consistently tipped as the next big thing. On the February 26th, Rockwell continues to vie for world domination, proving his pedigree next to Hollywood heavyweight Robert De Niro in Everybody’s Fine. To celebrate we take a look back at the actor’s prolific career on the silver screen.

In the explosive and action packed remake of the classic sixties series Rockwell starred opposite Cameron Diaz, Lucy Liu and his Everybodys Fine co-star Drew Barrymore. The film follows the angels as they are spurred on into action by the kidnapping of Rockwells character. Little do they know, they are playing a leading role in his dastardly plans to track and kill the ever evasive Charlie! Whilst no one is ever going to accuse the film of being a masterpiece it is one to be filed under guilty pleasure!

Confessions of a Dangerous Mind

One of the first films where Rockwell carried the weight of the features success wholly on his shoulders. George Clooney’s directorial debut saw Rockwell own the lead role, playing real life US game show host Chuck Barris as he enters into a life as a CIA operative agent, Despite the studio’s best efforts to persuade Clooney to hire a more familiar (read: bankable) actor like Robert Downey Jr Rockwell won the part through sheer grit and determination which included shadowing the real life Barris for several months.

One of Rockwell’s most iconic roles was as the despicable Wild Bill in The Green Mile. Rockwell steals scenes, dribbling, peeing and poohing his way through the film to a point where the audience was genuinely willing his inevitable demise on death row. However by the time the films twist settles, you cannot help but think that despite being an overdramatic character he still manages, in hindsight, to seem smug and know-it-all which is no doubt down to the excitable scene chewing nature of the performance.

It is rare when a cult novel finds itself adapted into a faithful silver scene venture, yet in Choke Clark Greg managed to find the perfect host in Rockwell for one of Chuck Pahlahnuik’s most abhorrent characters, Victor Mancini. Playing a nymphomaniac, medical school dropout who works at a colonial re-enactment museum and whose extra-curricular activities include tricking restaurant goers into saving him from choking, creating a bond which is maintained by a constant cash flow. In any other hands the character could have become unlikeable and every bit the caricature it should be but in Rockwell a balance is struck where you cannot help but emphasise for the character.

In Duncan Jones’ debut feature Rockwell pulls a feat that few have managed to conquer in the past: a solo performance. His role (or roles if we are trying to remain spoiler free) of an astronaut who is involved in an accident as the last three weeks of a three year stint on the moon is drawing to and end. This leads the character to question his concept of all time, space and identity. The film [Moon review] has garnered praise for both its direction and performance leading to a well publicised grass roots campaign to gain recognition during the awards season. Unfortunately the film failed to gain a single nomination in the States but it is bound not to hinder the success of the film as it grows to become a cult favourite.

Everybody’s Fine sees a continuation of the understated and toned down acting that saw him gain so much accolade in Moon. The film follows Frank Goode (Academy Award-winner Robert De Niro) who has spent his adult life working in a local wire factory earning every dollar he can to support his family. Recently retired, he realises that over the years he has spent too little time with his four children and that its time to reconnect. Rockwell plays Robert, one of De Niros estranged children, who has gone on to become a seasoned percussionist who sadly no longer has the time for his out of touch father. The conflicted performance adds to an already touching film. In a strange and slightly incestual twist of fate Rockwell has played the love interest of both Drew Barrymore and Kate Beckinsale in previous films!