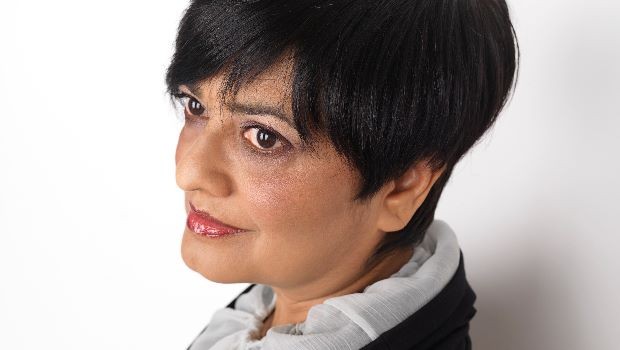 Nina’s Heavenly Delights is a new comedy about a young Indo-Scottish woman who returns to Glasgow to run her father’s restaurant after his death.

So Pratibha, could you tell us a little about the inspiration behind Nina’s Heavenly Delights?

Pratibha Parmar: I would have to say that it has to be my addiction to Indian food and my love for romance, dance and music. I wanted to do a food movie that showed off Indian food in all its glory. I wanted the colours, textures and smells of Indian food wafting across the cinema screen. I also wanted to tell a love story but with a surprising twist.

Why did you decide to set NHD’s in Glasgow? Was it the decision of your Scottish scriptwriter, Andrea Gibb?

Pratibha Parmar: No, the decision to base the story in Glasgow came after I had been to make a documentary up there for Channel 4. I fell in love with the city. Its’ very European and I loved the architecture and the wide streets. But the deciding factor was when I went to an Indian restaurant and all the waiters were wearing kilts and turbans. When one of them spoke to me, he had the most beautiful Scottish/Indian accent which had a sing song quality to it. It just made me smile and that was the seed for the story. It was important to me that the writer was Scottish. Andrea used to be an actress and she has a great skill of writing fabulous dialogue and characters so I took her on to write the screenplay. She worked really hard on the script over the years and it was good creative relationship between us.

Though you’ve many years of experience making documentaries, short films, and TV drama, this is your first feature. How easy did you find making the transition? Has it been a long time coming?

Pratibha Parmar: It’s certainly been a long time coming. Its taken 6 years to bring to the screen and they certainly all haven’t been easy. I had always wanted to direct drama and I love working with actors. Film industry people tend to pigeon hole you into one genre. For me, they are just different forms of story telling. I put myself through an intensive acting course to learn about the process actors go through in their training. This gave me a great understanding of actors and how to talk to them to get a performance. It’s one of the things I love about directing actors. I sometimes teach at the Actors’ Centre in Covent Garden and the London School for Theatre Studies and its always great fun. I have directed short dramas and even did a stint on the BBC 1 drama series, Doctors!

Recent Channel 4 sitcom ‘Meet the Magoons’ was about a family running an Indian restaurant in Glasgow. Were you a fan of this show? Was it an influence on your film at all?

Pratibha Parmar: The script for Nina’s Heavenly Delights was written a couple of years before Meet the Magoons came on the TV screens. It’s a weird coincidence but both Andrea and I were at a writing workshop very early on in the script writing process which the writer of the Magoons was also attending. In fact he coached an actor who had come to audition for our film. The film is entirely different from this show. Nina’s Heavenly Delights is a cinematic film whose only influences I would cite as being Strictly Ballroom, Big Night and Pricilla Queen of the Desert.

Do you hope people will see the blossoming relationship between Nina and Lisa as simply a love story rather than labelling it as a “lesbian love story”?

Pratibha Parmar: I really hope that by now, by that I mean, the 21st century people have got past the labeling and ghettoizing. The story is very much about surprising love, that you can’t always know who you are going to fall in love with and if you are open to life and wonderful new people than it may happen that you fall in love with a person of the same sex. Nobody ever questions when a boy falls in love with a girl so I hope that people see NINA as a charming love story between two quite beautiful girls.

I think everyone will enjoy this film because it’s also about a family and all the characters have their own little drama going on. The younger sister’s drama is that she is in the closet about being a champion Highland dancer which is very endearing.

Films like East is East, and more recently, Ae Fond Kiss, have dealt with the difficulties faced by those born to Asian parents but who have grown up in the
UK. Does your film also deal with this theme, and if so, does it come at it from different perspective?

Pratibha Parmar: My film is quite different from these two films. NINA is more of a fantasy and has magical strand running through it. Everyone will identify with the difficulties that the Shah family in the film is experiencing but I was keen not to make a social realist drama so everyone gets to live happily ever after. I am a great believer in imagining positive endings, which are not entirely beyond the realms of possibility. I wanted to make a British film that showed an Asian family as a family and not as an ASIAN family. Also, the film looks stunning and the cinematography by Simon Dennis makes it look like a really lush, high production value film, which can compete in looks with the best of Hollywood even though our budget was probably the catering budget of some of these films. Also the music in the film is really important to me. There is a wicked soundtrack going to be released by Silva screen and includes tracks by The Monkees, The Nolans, Alex Parks, Rishi Rich/jay Sean, Holly Vallance and a few more. All in all, I think people will watch the movie and feel good about life and love and go off for a bang up curry afterwards.