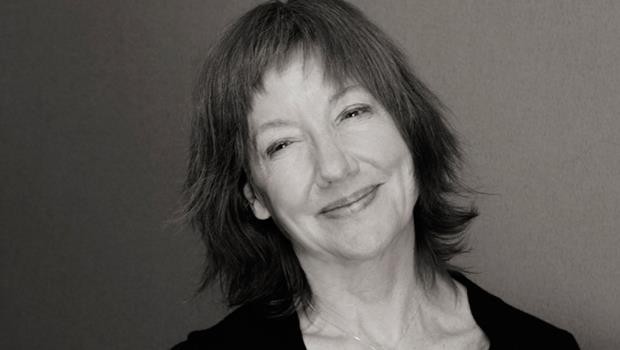 Acclaimed British filmmaker Penny Woolcock talks about her new film, The Principles of Lust, an intense tale of one mans struggle to choose between a settled life with his girlfriend and the darker, nihilistic pleasures offered to him by his closest friend. With its graphic depictions of sex and violence the film is sure to ruffle a few feathers…

Future Movies: How do you think people will react to Principles of Lust when it is released, specifically in relation to the more graphic elements contained within it?

Penny Woolcock: I’ve been to a few festivals with the film and it really divides opinion, which is something that I hadn’t really expected. There are some people who understand what I was trying to say and there are other people who were really shocked and disturbed by it and didn’t like any of the characters. It’s clearly not a film that everybody likes and I have had to come to terms with that. Some people found it odd that a woman should make a film like this too; this is definitely a big part of it.

FM: Would part of you be pleased if the film became something of a “Cause Celebre”?

PW: Well obviously I want people to see it and therefore anything that encourages them to go and see it and encounter it in their own way is a positive thing, but I certainly didn’t make it to be gratuitously shocking. It really surprised me in the end because when you’re in the middle of making something you’re not really aware of how it will be perceived afterwards and of how far we had gone. I think all of us, the actors and myself, were quite surprised that people reacted in such intense ways. The film is quite funny as well, and I think there are elements in it that everyone can relate to.

FM: The way you highlight the more stifling aspects of relationships was something that worked really well in the film.

FM: It’s a very intense film; did you have any problems raising the performances of the cast up to the level of commitment that the story demanded?

PW: Not really. The casting director sent out the script which is not the usual process, but it meant that everybody who came in to talk about it understood what was required of them, essentially that they would have to let themselves go and surrender to the experience of it and they all proved to be really up for it. We met with a lot of very interesting people and eventually cast individuals who worked well together and had a good chemistry. The actors proved to be really generous with each other; there was no make-up or wardrobe or any of the other things that they were used to on other films and in the end it proved to be something of an adventure, with the entire cast entering into it with that spirit. It was intense but good-natured.

FM: In terms of performance, you’ve used improvisation a lot in your previous work, how much did you rely upon it when making The Principles of Lust?

PW: Actually about 95% of the dialogue in the film comes from the script, but the actors were allowed the freedom to improvise if they wanted to. Some of my favourite lines came up on the day, so I was very happy to keep them in, but changes were on the whole very slight. I think the main difference from most films that we instilled here was that generally things are lit very well, and actors are made to hit marks and people rehearse and so on, but I don’t like rehearsing so we would just plunge straight into a scene and shoot from the beginning. The actors had a freedom to go where they wanted to go and do what they wanted to do and the cameras followed them wherever they went. This is part of what gives it a real feeling, because the action is revealed like a documentary. I have used these techniques before and I think it makes the whole experience quite exciting for the actors because they are really in control of a particular scene.

PW: I rehearsed for about two weeks on a previous film and I found that there were a couple of really magic moments that happened in the rehearsals the first time that people did things. There was an intensity and a freshness to everything and you spend the entire shoot trying to find that again, so I just prefer to keep an edge of terror, so that none of us really know what is going to happen which keeps the performances much more alive.

FM: Do you consider yourself a filmmaker with a strong social conscience?

PW: I suppose I do, although I wouldn’t say that this film is a political film in that way, Principles of Lust is much more about emotions than politics.

FM: In terms of some of the content in Principles of Lust, did you feel motivated to shed light onto the darker elements of society or was it always peripheral to the emotion?

PW: Even in the kind of professions we have people can be brutal, but it all tends to unfold in a muted sort of way. The violence in the film, although it is not the best way to resolve things, at least gets conflict out in the open, and you are forced to digest it. It’s about facing your fears in order to lose them.

FM: Did you rely heavily on non-actors in Principles of Lust?

PW: The three main actors Alec Newman, Marc Warren and Sienna Guillory are all professional actors who had a large body of work behind them, but most of the others hadn’t. Lara Clifton (Hole) hadn’t before, although she had worked as a stripper. When I first met her I was struck by her strength of character and I wanted her in the film but in no way to be portrayed as the victim. The little boys who were involved in the fight scenes came from a famous boxing gym in Sheffield owned by Brendan Ingle (who trained Prince Naseem) and Juliette’s son Harry (Alexander Popplewell) hadn’t done any acting before but proved to be this amazing and very clever child. He just won everybody over.

FM: In the screening of the film I attended he seemed to win the audience over too?

PW: Well I think with some of the adults in the film all being dreadful at different times Harry helps you keep some degree of sympathy for them.

FM: How would you describe the film’s visual style?

PW: It’s very basic really. I used documentary techniques partly because we didn’t have a huge budget and we really needed to shoot things very quickly. If you’re not spending all day lighting scenes you can turn up and shoot constantly. There was no need to hang around all day for costumes or make-up and elaborate tracking shots, it was all filmed handheld so it means that you can be much more light of foot. Of course what you sacrifice is a beautifully lit image, there is no key light kicking off in the whites of someone’s eyes, but the performances took on a new emphasis in relation to the decisions that I made. We really couldn’t have pulled off a glossy look, but we achieved what we set out to do. I have a core team who I have worked with for 12 years now and we have developed a kind of short hand so that we don’t have to explain everything to each other in terms of the choices we wanted to make.

FM: Have you got any new projects in the pipeline?

PW: I am writing two feature scripts at the moment for Film Four. One of them is a much lighter film, a kind of casino heist movie involving magicians. I thought I might try something that doesn’t shock the pants off everybody for once! The other is very similar to the things I have done before; it’s set in Bradford and features an Asian teenager and a white teenager from fairly impoverished backgrounds. It’s funny, but again it looks at a different side of life.