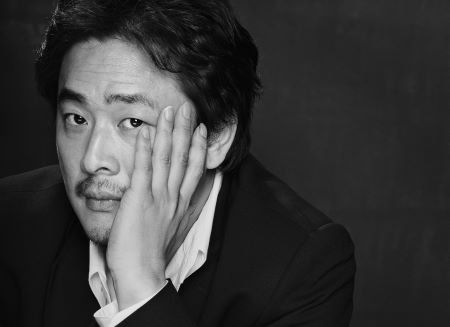 Park Chan-wook, the softly-spoken figure behind such deranged Korean classics as Oldboy and Sympathy for Mr Vengeance, has little doubt as to why revenge stories are so popular with moviegoers. “Revenge is a desire that everybody has but nobody can realise,” he smiles. Of course in Park’s revenge trilogy – of which the concluding part, the beautifully constructed Lady Vengeance, is currently on UK release – the characters do act out on this very desire with traumatic, bloody but always fascinating consequences.

We’re sat in a boxy room of London’s Charlotte Street Hotel, and Park appears very much at ease clad entirely in black and sipping from a glass of wine. This doesn’t look like a man behind some of the most extreme images we’ve seen in recent cinema history – images, let us recall, that include a tongue being sliced out in Oldboy and prolonged torture by electric shock in Sympathy for Mr Vengeance. But then, despite the recurring themes in his movies, this is a director who confounds expectation at every turn. His latest movie starts off as a black comedy with events flashing back to Lee Young-ae’s incarcerated heroine doing one good deed after another for her fellow prisoners, almost like some kind of twisted sister to Amelie. Unlike Amelie Lady Vengeance develops into something very dark indeed, with its protagonist teaming up with bereaved parents to dish out some seriously bloody revenge on Choi Min-sik’s child killer.

I ask Park how he approached the idea of revenge differently this time around. “It’s unusual in that ‘Lady Vengeance’ plans her revenge as a kind of redemption,” Park says, speaking through an interpreter. “I wanted to create a sense of isolation between the audience and the protagonist rather than the audience identifying with her. A sense of alienation. The protagonist becomes an observer because she takes revenge on Baek rather than taking it herself. It becomes just another murder rather than revenge.”

Park insists that while his movies might be sympathetic to why their characters act as they do, the act of revenge itself is always seen as stupid and unfulfilling. “Revenge is something that makes you happy and invigorates you only when it is in your imagination,” Park says stroking his chin. “But when it comes to actually realising this it is never happy and never gives you pleasure. Because it is an act of total stupidity…So as long as revenge is in the imagination it is good for your mental health. But it must be infinitely put off, must be infinitely delayed.”

Despite the subject matter, there is a strong vein of dark humour that runs through Park’s work. Think Oh Dae Su confronting the lift stuffed with henchmen in Oldboy or the story of a man with two heads in Sympathy for Mr Vengeance. I ask how important it is for him to find the humour in such bleak stories. He nods thoughtfully. “In serious or desperate acts if it’s you that’s facing it then it can be very serious – it can be a matter of life and death. Yet for passers-by who look at this then it could be funny.” But Park is at pains to stress that he’s aiming to do more than simply laugh at his characters’ misfortune. “If the situation escalates and somebody takes out a knife and stabs someone then you can’t laugh anymore. People laugh when the father gets the axe and runs towards Mr. Baek [in Lady Vengeance] – but they can’t laugh when he returns covered in blood and collapses crying out loud…And you might feel guilty about having laughed before.”

Park is a filmmaker who doesn’t shy away from controversial subject matter. Indeed, with incest, torture, the division of North and South Korea and child murder being just some of his plot threads does he deliberately set out to tackle a taboo subject every time he makes a movie? “I think that a film director asks questions of the audience,” Park considers. “And modern audiences often fail to respond to questions being asked. So you have to use shocking and stimulating things to stimulate them.” I ask if he thinks that modern movies don’t question audiences enough. “Well I can’t say about other film directors. But I don’t think it’s about the artists. It’s about the people – the public. They want more stimulation. You know, in an action movie they want more cars to be smashed. I think it’s the same when you’re asked philosophical questions, artistic questions or moral questions. You need more stimulation for them to respond.” Park smiles before adding: “So I’m a kind of film director who smashes one more car if you like!”

South Korean cinema is of course currently very much in vogue both at home and internationally, with Lady Vengeance setting another new box office record for an opening weekend in its native country. All of which is a long way from the strict censorship laws and scant international distribution deals that used to govern the country’s cinematic output. I wonder how Park thinks that Korean cinema has evolved since the fall of the military dictatorship in 1992. “What we needed was a few years before good work could arise,” he replies. “Just because you don’t have censorship anymore it doesn’t mean that artists suddenly have a good imagination or inspiration. So to become really free from the oppression that we were subjected to we needed some time. I think that towards the end of the 90s and the early 21st Century there were a lot of changes and improvements.”

While I’m aware it’s probably a question that he’s been asked several times recently, I can’t leave the interview without asking how he feels about the Hollywood version of Oldboy currently in development. “I value actors most. I think that they’re the most important,” Park states simply. “When I choose to watch a movie I look at who stars in it rather than who directed it. So what I am most curious about is who is going to star in it.”

Whether the Hollywood version of Oldboy surprises everyone to provide risky, edgy entertainment or whether Park’s curiosity will turn to horror at some Will Smith quip-laden monstrosity is difficult to say (though it would be kind of fun to watch Will Smith devour a live octopus). But Park Chan-wook is a unique voice in modern cinema, and the fact that he claims his next picture (“Literal translation, ‘I’m a Cyborg, But That’s OK'”) will be violence-free suggests that this is a director who almost takes delight in confounding expectations.