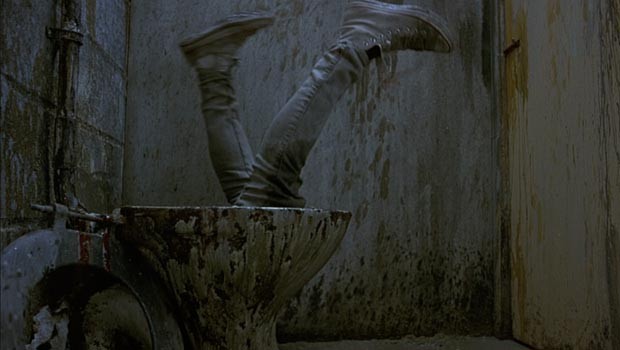 Joseph Pisano has made award winning shorts – most recently with Jason Isaacs (“The Patriot”, “Black Hawk Down”, “The Tuxedo”) in “This Different Night” , and has worked editing commercials and making cinema trailers for among others: “Boogie Nights”. He won Trailer awards for his work on “Trainspotting” and “Bridget Jones’ Diary”. He has 2 feature projects on the go at present with the film production company Primal Screen. “Kiss Me, Kill Me” is currently being financed, whilst “Walking on Water” is in development.

What inspired you to want to get into filmmaking, and how did you start?

The inspiration was pretty much the same as everyone else – sitting in the dark room and being moved to cry, laugh or empathise with those moving pictures. I started after film school as an Assistant Editor to Max Benedict, an old school film editor who is now deceased. The movie – I won’t mention the name – wasn’t very good. Everyone, including the director, was fired and it was taken over by Michael Winner. The less said of this the better! It is significant however in that, as far as first jobs go, it was a baptism of fire.

What are your influences – either cinematic or otherwise?

I love a good story and, for me, Howard Hawks is the best example of that. The guy set the benchmark for all the leading genres – see “Scarface” (the thirties original, not the 80’s remake) for the gangster movie, “Bringing Up Baby” for the screwball comedy, “The Thing” (he was producer on the 50’s original) for cold-war horror, and “The Big Sleep” for Noir.

What do you hope to achieve in the industry (or with your latest work specifically), what are the messages that you hope to convey?

I’d like to make something an audience can connect with. As far as messages go, I think you can try and put something across but the audience will take with them what they want. All you can do is plant a seed and hope it takes root. Never force the issue, that’s just patronising. Spike Lee is of course one of the few geniuses of modern cinema who can pull this off. But even he shoots himself in the foot more often than is probably necessary.

What specific aspects combine, in your opinion, to make a good film?

Nobody knows what makes a good film. Period. Remember, Spielberg made “1941”, “Hook” and “Amistad” . It’s either totally subjective; a force of sheer populism over taste; sheer populism WITH taste or an example of the emperor’s new clothes.

Where do you see the future of film in light of current economic and technological developments? For example the current trends in digital filmmaking, CGI and the possibility of media convergence in the near future between “traditional filmmaking” and other media disciplines?

At present, the European economic climate is about as bad as it can be and could conceivably get worse. The pre-sales market is depressed; in fact there is practically no pre-sales market (pre-sales are vital to independent filmmakers, in that you sell a picture territory by territory and retain control). Technologically, the toys improve every day. There are faster rated film stocks, better lenses, the proliferation of Super 35 (which needs less light) and it’s access across three ratios (scope, wide-screen and academy) for cinema, broadcast and DVD respectively. There’s also digital post-production where you can virtually take in half-baked footage, nuke it, and get basically what you really meant to shoot (albeit hours and thousands of pounds later).

Basically, anything that hones the process is a good thing. It’s about the final product, not how you got there. Again, I mean technically. This bullshit about “smelling the film stock” is film snobbery and it’s most obnoxious. A performance is a performance. A shot is a shot. If the only way Terence Malick can get THAT shot in a film like “Days of Heaven” is on 65 mm, then that’s the only way to shot it. If George Lucas wants to paint the whole thing in a computer and then project it digitally, that’s fine too. It’s the artist’s vision and what they need to make it happen. The processes are not mutually exclusive.

What are your opinions on the current openings and opportunities for fledgling filmmakers in the UK? What would your advice be to someone hoping to break into the industry?

Making it in the film business is as hard now as it’s ever been. To quote the great Woody Allen: “It’s not dog eat dog, its dog won’t return other dog’s phone calls”, and this is the basic truth about the film business. Only perseverance and tenacity, a thick skin, and a cockroach-like resilience will get you through. Talent is secondary. Always stay calm, always smile, and NEVER SAY NO. Yes, it’s akin to prostitution!

What are your views on the current state of British filmmaking? What hopes do you have for the future of British Cinema?

At present the film industry is going through a period of flux. The corporations of America are controlling the show. Mind you, they always did, only there is now no competition left. The benefit that Britain gets from this is a common language and a (kind of) common audience. However, what tends to happen is that the talent that is nurtured here moves immediately to Hollywood as the rewards Stateside are huge.

Unlike the States, where profit is all that is pursued, in Britain there is a problem with “Art” sitting alongside “commerce”. These two unlikely bedmates are as incompatible as Labour and the Tories rolling in the hay. Things are changing constantly – Lottery? BFI? Film Consortium? British Screen? Film Council? Nothing gets a chance to bed down. One day we only invest in big pictures, as in Film Four’s unfortunate collapse, so now we only invest in smaller “bijou” breakout projects. The instability is debilitating. That said, there is great talent here no matter what the structure is, and it will always come through.

Traditionally in a number of areas in the UK, people have to rise through great adversity to achieve any degree of success, For example filmmakers, sportsmen and women etc. Often great sacrifices have been made along this lonely road, where they have received no great support in the form of government or private sector funding in order to achieve their goal. Do you see this as the current norm in the British Film Industry or have things changed? And if things haven’t changed, where should a greater degree of support be coming from?

The question of private sector or government financing is moot. This is high-risk stuff. You take anything you can get and you don’t ask questions. Look at it as if it is a heist. All the pooh-poohing the press makes about “risk” and “good films as opposed to bad” is altruistic horseshit. Film companies are there to make money. This is why the development people you meet are so cagey about projects. They might truly think your small project about a guy bringing up sheep in the Hebrides is brilliant, but if Hugh Grant (THE MONEY) doesn’t want to do it, you’re just a peripheral project that might break out and them taking the first step is too risky. On the other side of the coin you can say: “But I can make a film for a million quid, or even £30,000. Good Luck. You’ll have to know someone with a lot of money to lose. Ironically, making a film for a million pounds is even more high risk than making one for forty million. As far as £30,000 – daddy better be rich, because the chances of making that back are nil, and £30,000 is a lot of money to ANYBODY! Remember rich people are rich because they hold onto their money. As far as the Government and their policies on grants go, there is no real momentum behind it. There seems to be a general contempt for filmmaking in the UK Government (both Labour and Tory) and in the City.

If the finance people and the people who make concessions (tax, grants etc) don’t have faith, a hard job is made even harder. And filmmaking is HARD WORK. You have to get used to repetition ad-infinitum. The financing, the pitching, the writing, the shooting, the editing, the sound mixing – it’s all repetition. And through all of what might be, if you are lucky, a two-year period, you have to constantly remember your original concept. Why you wanted to do it in the first place. Kind of like sex!?

Future Movies would like to extend our thanks Joseph Pisano for his time and effort.