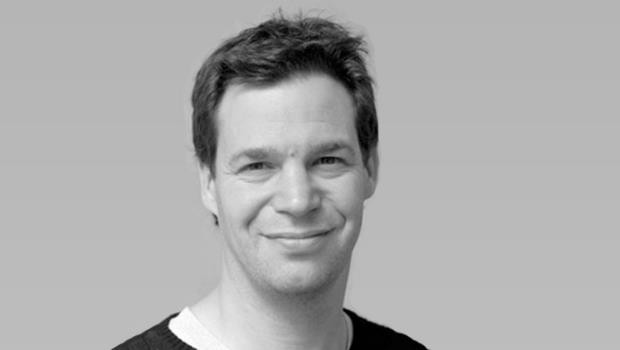 Wondrous Oblivion is that rare breed – a thoughtful, intelligent and warm-hearted British film. Set in 1960’S London, the film follows the fortunes of young Jewish boy David Wiseman, a kid who loves his cricket but doesn’t quite have the skills to match – that is until an equally cricket-mad Jamaican family move in next door. When intolerance to the new family rears its ugly head, David has to choose between fitting in and standing up for his new friends.

Future Movies have been fortunate enought to speak to Jonny Persey, producer of Wondrous Oblivion, about the film and his experiences in making it.

Future Movies: What were your main roles as producer of Wondrous Oblivion?

Jonny Persey: I see producing as a job of seizing a creative vision – in this case, the writer-director’s – finding its heart and branding, and then building a team around you – mainly people more talented than yourself – and then protecting the space for them to do their thing. The weird thing is that you then have to operate on both sides of that space – so on one hand your fighting to be more ambitious, and on the other you need to juggle the practical side. I guess it’s about juggling three balls – the dreamer ball, the practical ball, and the diplomatic ball – and never ever letting anyone of them fall – cos then the whole production falls.

FM: When would you say you worked the hardest: before, during or after the making of the film?

JP: In a funny kind of way, we started making the film before we started making it, and now that we’ve finished, we’re still at it. The hardest bit? Packaging it, financing it was long, arduous, emotionally draining, but not so busy I couldn’t do other things. Pre-production was the steepest learning curve I’ve ever been on, 15-20 hour days, trying to make a £6m film for £4m. Production was long hours, but a lot less to do. Spending hundreds of thousands of pounds a day can be quite stressful. After takes a lot longer than you imagine but is the most fun. The whole thing is a roller coaster.

FM: Were there any aspects of the film that were particularly challenging for you as producer?

JP: Were there any aspects that weren’t?

FM: Wondrous Oblivion relies on a strong performance from a child actor. Where did you find Sam Smith?

JP: Sam Smith played Oliver in ITV’s Oliver Twist and is at school at University College School, co-incidentally the same school the writer-director went to as a kid, and the original inspiration… Still it took us several months of trawling through drama schools and schools to find him.

FM: How did you secure the participation of Delroy Lindo?

JP: It took a year to persuade his agent to read the script. Then everything happened pretty quickly.

FM: What do you feel actress Emily Wolf brought to her role?

JP: A real sensitivity to the part, a depth of emotional being and a good feeling on the set.

FM: Were any previous British films used as a reference point to Wondrous Oblivion?

JP: When I saw Bend it Like Beckham in the cinema I went outside to the poster, looked up who distributed it and called them then next day. They were then the first people to bite. But in tone it’s far more Billy Elliot than it is Bend It – a more serious through line, less comedy.

FM: Do you think Wondrous Oblivion adds to the discussion of what it’s like to grow up in the UK as a member of an ethnic minority, something that Gurinder Chadha explored so successfully in Bend It Like Beckham?

JP: Yes! What’s amazing is how little has changed since 1960 on so many levels. Look at the big issues in world politics now. It’s the same issues that play out across the garden fence in Wondrous in 1960 playing out on the world stage now: tolerance and understanding between communities.

FM: Did the making of Wondrous Oblivion increase an appreciation of cricket among the cast and crew?

JP: Funnily enough I’ve always hated cricket. Now at least I understand the rules, and some of the magic, though I still wouldn’t play it for fun. A lot of the cast had to learn how to play, and the crew and cast tried to organise a big cast vs crew game at the end, but it never happened.

FM: How do you feel a film about cricket will go down with audiences in America?

JP: It’s tough. When American audiences see it, they love it. The difficulty is in the marketing and getting them to see it in the first place.

FM: Do you think the recent closing of a film text loophole will make the production of films in the UK more difficult to undertake?

JP: It’s all cyclical. I understand why it’s changing, and it has to. One opportunity closes, another opens. We have always made films here, and we always will. Sometimes too many get made and sometimes there’s not the opportunity for films that we really should happen to do so.

FM: As a producer working in the British film industry, how proud are you of the fact that you are helping to make a thoughtful comedy rather than a lowest-common-denominator gangster film?

FM: What were you first experiences of being a film producer?

JP: By accident, making my first film in Zimbabwe, as producer. It was the most fun few years I’ve ever had. I’d do it again tomorrow.

FM: What facets of your personality do you think help you as a producer?

JP: Calm, straight-talking, able to communicate with people in a way which values them and what I want to say, brave and stupid enough to live without a salary.

FM: What ambitions do you have for the future?

JP: Watch the big screen. There’s more where that came from!