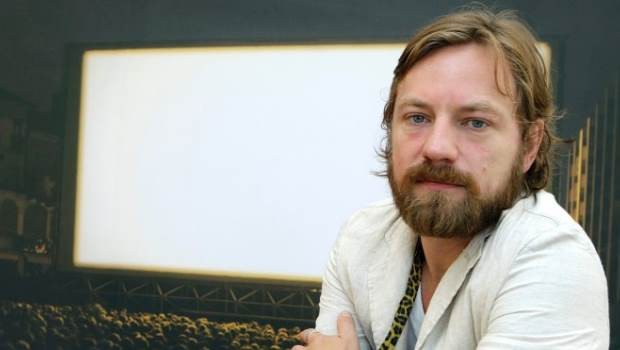 Jim Threapleton is understandably excited; his film, Extraordinary Rendition, which played at last year’s Edinburgh Film Festival, is released on DVD this week and, simultaneously, gets its small screen debut on Wednesday. Yet even in the Guardian, previewing the film as one of its viewing choices, describes him as ‘the director formerly known as Mr Winslet’ Hopefully the film, a powerful and uncompromising fictional depiction of rendition, will turn him into the director now known as Jim Threapleton. Still, he’s clearly thriving.

‘The BBC One slot is great exposure for a film like this, a chance for it to reach a wide audience,’ he enthuses. The film seems incredibly timely, with its controversial waterboarding scene coming just as Amnesty International release their waterboarding film in cinemas, detention without trial is debated in the House of Commons, and more and more shocking revelations about the activities of the CIA are exposed every day. Hollywood even has its own version, Rendition, starring Jake Gyllenhaal. ‘When I first came across the idea, and we first talked about doing the project, it (waterboarding) was not talked about as much as it is now – thankfully it is achieving more comment in media circles – but even back then it was increasingly a topic of conversation, certainly in political circles.’

The film is the story of Zaafir (Omar Berdouni), a Muslim lecturer, snatched from the streets of London and transported to an unknown country where he is tortured ands interrogated before being flown home without explanation, to try and pick up the pieces of his old life. Threapleton is keen to emphasise that the film is a fictionalised portrait, not based on any single source: ‘There was a body of evidence and a number of cases under investigation in the international political arena. It isn’t the case that it was based on one particular story. Amnesty were helpful in our efforts to get some more defined facts and were able to put us in touch with a victim of extraordinary rendition, a Canadian citizen who has been in legal processes with the Canadian government seeking compensation for his own rendition a few years ago. It is a fictional portrait, but based on a foundation of a handful of case studies.’

Like Paul Greengrass’s United 93, much of the dialogue in Extraordinary Rendition is improvised. I ask Threapleton how this process worked.

‘As we were building up to the actual shoot, I constructed a pretty rigorous treatment and a back story for each character, and then it was a case of workshopping with the actors to get them to fully understand the characters that I was trying to portray and then it came to individual scenes, it was literally straight improvisation on the day. Those first takes would always be the longest and from a twenty-minute take I would refine it down to the kernel of the scene that we were looking to get. So it was quite a challenging process and one that Omar and Andy Serkis met head on and I think really relished the challenge.’

A lot of actors love improvisation.

‘You can become very convoluted if you allow it to meander too much though; Omar was always aware and focussed on how we could apply the scene to the story. With the interrogation scenes there was a kind of innate drama anyway; if you put two individuals across a table from each other, in stark lighting, you have a dramatic tradition that everyone understands, there’s a kind of tension there automatically, so what we were doing was writing around that. Andy Serkis did a lot of research into the psychological techniques use, and the opportunity to do that in an improvised way, I think he found rewarding.’

The torture scenes are intense and hard to watch; how did the actors cope?

‘They did – Omar and Andy – found it necessary to maintain a distance. I’m not sure it was strict method acting, just more trying to maintain the tension and not allow themselves to let their guard down. We were trying to establish these characters playing a mental game of chess with each other.’

One of the best things about the film is that it explores Omar’s return to Britain, his attempts to live a normal life.

‘I didn’t want to apply a very dry perspective to it, to make some sort of political statement finger wagging at the states that are complicit in it. I always wanted this to be about the human experience, the human cost of something like extraordinary rendition, so it came down in the end to the repercussions for the individual and the most important thing is to suggest that once a human being has been put through this kind of machinery the shattered life that he’s left to maintain afterwards leaves him very few options, in terms of the way he engages with his broken life, so you end up with an individual who is potentially cauterised and reduced to a radical frame of mind. The perspective of looking back after the event and enabling the audience to understand a single focus point was key to articulating the subject matter.

The power of the story also comes from Zaafir’s situation; he is a normal, middle-class lecturer who happens to be a Muslim, going about his daily life. The film suggests that rendition can happen to anyone.

‘The footprint, potentially, that we all leave in our lives, an email that may not have been opened or responded to, credit card payments to international charities or even patterns of international travel, under the wrong eyes can be scrutinised to fit a particular agenda. So the sense that this could potentially happen to anybody, that the current climate is dominated by the politics of fear. It goes back to some of the ideas of Kafka and Orwell, an innocent man wrongly accused. And in our film, the sense that a very moderate British Muslim can, by virtue of a potentially incendiary lecture or an email from an ex-student who has chosen the wrong political path, sets alarm bells ringing in different quarters around the world, and is difficult to extricate yourself from.’

Threapleton was at one point poised to go to Hollywood, working on films like The Mummy as an assistant, but seems to have chosen a more personal path with Extraordinary Rendition. Does he still hanker after the Hollywood dream?

He laughs: ‘Well, there are different sides to the industry and I wouldn’t say that I am exclusively a political filmmaker by any stretch of the imagination. The next film that we’re shooting this summer is a thriller set in the highlands of Scotland, a very different animal to Extraordinary Rendition, with much more commercial aspirations. I don’t discount any aspect of the industry, as long as a great human story is at the heart of any project that I’m involved in.’