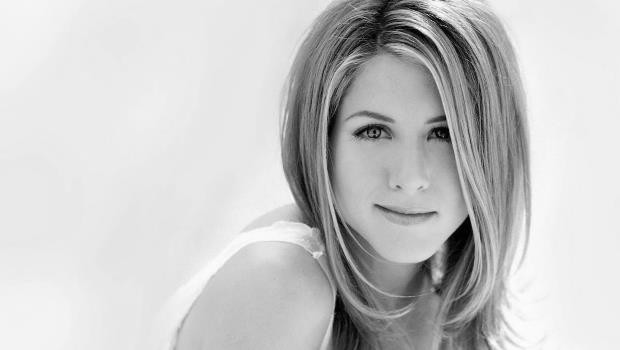 Post-Friends, Jennifer Aniston has had the most success of any of her colleagues. Bruce Almighty and Along Came Polly were both big hits, The Good Girl was a critical success and Aniston has another three new films on the way. First up is Derailed, a twist-filled thriller in which the actress plays a married business woman whose casual affair with a man (Clive Owen) she meets on a train leads to a nightmarish turn of events. The film is further proof, if proof were needed, that Aniston is a talented dramatic actress as well as a great comedienne. She spoke to us in a New York hotel and talked about her love of acting, co-star Clive Owen and why she laugh all through the shooting of Derailed.

Derailed is certainly an exciting psychological thriller. Do you think it’s also a morality tale?

Jennifer Aniston: I think the film is first and foremost a sexy thriller, but there’s an element of morality there just in the fact that marital infidelity is a key part of the plot. I mean, Clive Owen’s character makes one terrible mistake, one bad choice, and it leads to all kinds of horrors. So maybe the message of the film is not to succumb to temptation and get yourself into a big pile of shit.

Did you immediately see the potential of the script?

Jennifer Aniston: I always go by my gut so if I’m interested in it, if I can’t put it down, if I’m riveted by a script, that’s a great sign to me. Then I always read a script again to see if I can imagine myself in the role. With Derailed, I was just flattered that they wanted me to do it. Considering how well written it was, what a fantastic take the director, Mikael, had on it, and that Clive was going to be in it – well, it seemed such a no brainer. This is the sort of thing you can wait a ling time for.

Like Clive’s character, the woman you play, Lucinda, makes some pretty bad choices. Did you like her as a character?

Jennifer Aniston: I feel sympathetic towards Lucinda because I think she’s a victim of her own circumstances. She’s complicated and she’s not very happy and I think she feels trapped. There’s bit when she meets Clive on the train where she talks about her nomadic childhood, going from city to city with her military father, and she sort of has a chip on her shoulder about that.

On a film that’s as intensely dramatic as Derailed, did all the leading cast members go and sulk in separate corners between takes?

Jennifer Aniston: Anything but. We were always laughing between takes. There were certain moments when, you know, you had to focus more than others, but even when we were shooting the most emotional scenes, as soon as Mikael, the director, said “Cut” the mood was immediately light-hearted. And Mikael has a slightly odd and wicked sense of humor, so if anything he was the ringleader.

So you weren’t dwelling on the subject matter throughout the shoot?

Jennifer Aniston: No, I’m generally not one to take work home with me and I think it’s almost easier to do these types of films where there’s so much action. A lot of the time you’re concentrating on the action and not what it all means.

Talking of action, you get thrown around a lot in this film. How was that?

Jennifer Aniston: Well, I bruise easily! But it was a lot of fun because I’ve not done this sort of stuff before and I was happy to know that I could do it.

Speaking as one actor about another, can you see why Clive Owen has attracted so much attention in the last couple of years?

Jennifer Aniston: He’s such a real actor and he’s so subtle. I don’t know whether he’s consciously doing this, but watching him there’s always a sense that he has this inner life going on, that’s he’s carrying a secret around with him. And we just seemed to have this symbiotic thing going on, a great ebb and flow between us, and we kind of fell into a very similar approach to the film without ever really discussing it.

Most of Derailed was shot in London although the film is set in Chicago. Didn’t that seem a bit disorienting?

Jennifer Aniston: I loved it because I love London. And I had never gotten to spend much time there before. I love the people and I love the vibe of it. I love the architecture and the history, just the whole thing. And as far as shooting the movie, it was only the interiors that we shot in London. The exteriors were all done in Chicago.

It’s been a few years now since Friends came to a close. Do you miss anything about episodic television?

Jennifer Aniston: I miss my friends and I miss acting in front of an audience. It was like every Friday was opening night. But episodic television is grueling and it was years and years of the same thing.

Could you imagine ever going back to television?

Given that for you acting involves being in the public eye, being chased by paparazzi and not having much privacy, do you ever think about retiring and having a quieter life?

Jennifer Aniston: No, because I love acting. I mean, sometimes it’s absolute torture and if things aren’t going right on a film I can’t help but think it’s going to be there forever. But sometimes it’s great. I have so much fun doing comedy and it’s lovely to anticipate a great scene and then know that you pulled it off. And sometimes there’s just magic between two actors which is a wonderful feeling.

Did you always know you’d be successful?

Jennifer Aniston: I wasn’t worried about it or not worried about it, maybe because I never had any great ambition or just knew I’d always be okay. I mean I always wanted to act – and it was all I could do –and I think I just knew I would be doing it.