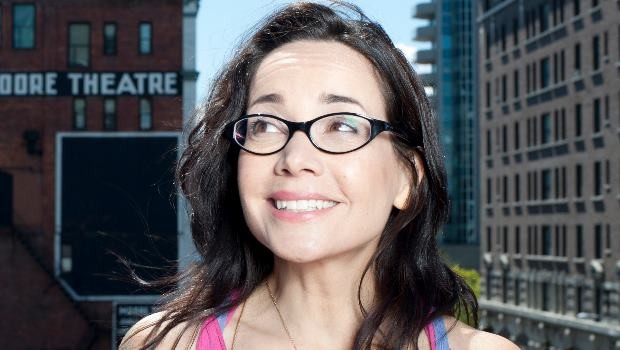 Comedian and actress Janeane Garofalo cooks up a storm in the new Disney/Pixar animation Ratatouille. Here, she talks exclusively to Adam Tanswell for Future Movies…

Work on a Pixar animation might seem like a breeze. You turn up for a few four-hour recording sessions over a period of five years – and voila, you’re voice breathes life into a cartoon character. But then comes the extensive promotional trail… And this is something that’s clearly getting to Ratatouille voice artist Janeane Garofalo. “If I talk about this f*****g movie one more time, I am going to die,” the tattooed actress screams as she stomps into our interview room. “I am just not cut out for this sort of promotion. I’ve been doing it for a month now, but I just don’t want to talk anymore – it’s killing me. I get the same questions every single day and I can’t stand it, but the weird thing is, I love the movie to bits. Ratatouille is honestly the best film I’ve ever been in – and I get to say I’m in a movie with Peter O’Toole. How cool is that?”

Ratatouille is yet another classic Pixar animation from the movie masterminds who brought us Toy Story, Cars and Finding Nemo. The story follows a rat who dreams of becoming a chef – and Janeane plays the role of a human cook who works in the Parisian restaurant the rat stumbles into. “I turned up on the first day of recording not realising I was supposed to have a French accent,” Janeane continues. “I thought I was playing an American cook, but I was actually playing a French woman. I haven’t even been to France.”

So how did the controversial comic – who has starred in movies such as Reality Bites, The Laramie Project, Dogma and The Truth About Cats And Dogs – become involved with Pixar and Disney? “I have no idea, but I’m endlessly flattered,” she chuckles. “All I know is my manager called me and said: ‘Would you like to do this Pixar film.’ And I said: ‘Yes.’ It was an interesting project because I never got a full script, so I had no idea how it was going to turn out. They don’t want anything sneaking on to the internet, so I only got the pages for the scenes I was in. I had no idea what a good story it was until I finally saw the film in its entirety. And believe me, it’s good.”