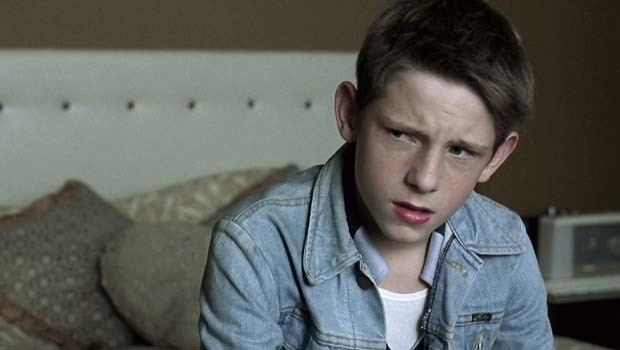 How did you go about playing such a pathetic figure as Smike in Nicholas Nickleby?

It’s all there from Dickens. He creates some beautiful characters in this book. For the first two weeks of the movie we were up in Yorkshire doing most of the school stuff and then we did the Crummells stuff – and it was like being on a different movie because the first half is so dark and sad and depressing. And then Barry Humphries and Nathan Lane as the Crummells create this electric atmosphere. The way they played off each other was brilliant.

What about the physical side of your performance as the crippled boy?

I rehearsed for two weeks with a choreographer. That was nice to get back into a dance studio, explore yourself physically and create something that was your own. I also watched a few movies like The Elephant Man and My Left Foot to get something that would look fluid and as natural as possible which was what I wanted to achieve. Smike has had to deal with the limp his whole life so he has had to find ways to deal with it. He does things in ways that others wouldn’t, even the way that he turns a page. For someone like myself, who is so physical, it was really interesting. But Smike’s condition is something that I couldn’t even contemplate because the idea of not having the full use of my arms or legs would be awful.

What did you do with the choreographer?

We got the stance pretty quickly and then worked on the walk and how Smike would move. The hardest thing was how he’d sit down because his legs are supposed to be so buckled. We wanted something that was very realistic and that I was comfortable with. We tried loads of different shoes, starting off with these wooden clogs, but they were too dangerous. I could have fallen and broken bones wearing them. It was gathering in different ideas. The costume department also had thoughts about how Smike should look.

Was it exhausting for you?

Not really. Being a dancer my body has a lot of discipline and can take some strains. It can do things that maybe other people couldn’t do.

Were you chosen because of Billy Elliot?

I don’t think so. I had to read for the part. Smike is such an important part of the movie that I had to read a few scenes before a decision was made. I had them all crying in the room. Immediately after I was asked if I would play Smike. I loved the opportunity because it meant I was working with such a great cast.

Was part of the appeal the fact that Smike was such a different role for you to tackle?

Yes that was something I have to achieve. I have to shatter the Billy Elliot image. People see me as this dancing kid with ballet shoes round my neck and I want to move on. That was also why I did the World War I horror film Deathwatch. Now people are going to see me in Nicholas Nickleby and it is good for me to show some variety in what I do.

What was it like working with such an amazing cast in Nicholas Nickleby?

It was quite intimidating, especially when you are so young and new to the industry. When I was told that the cast included Jim Broadbent, Christopher Plummer, Edward Fox, Juliet Stevenson, Nathan Lane and Barry Humphries it felt like quite a pressure on the younger members of the cast – Charlie Hunnam, Anne Hathaway, Romola Garai and myself – who all have important parts in the movie. The great thing though was that because I am still learning about this business it meant that I was learning from the best people. I have not had any formal training so this was a chance to watch and learn from some of the best actors in the world.

Did you and the other young actors become friends?

Oh yes. Charlie is originally from the north east of England and so we got on really well. We share the same sort of musical interests – we are both die-hard Eminem fans. We used to go to each others trailer and listen to music. But all of the cast got on really well.

Was your unhappiest memory of Nicholas Nickleby the fact that you had to do school exams during the filming?

Definitely. It was terrible. I was doing my death scene and then I had to do my maths exam the next day. I passed English – I got two As – but I got an E and a D in maths and science. But miraculously I got Cs in everything else and did not do too badly, considering.

Was it more demanding than Billy Elliot?

It was in the way that everyone had high expectations. It is a difficult time for me because I know a lot of people are going to want to see me fail. I don’t know whether I will have a long term career. But I have tried to choose my scripts carefully because I am striving for a lengthy career.

What impact has Stephen Daldry, the director of Billy Elliot, had on your career?

He has been a major part in my life. He has given me a foothold in one of the greatest industries in the world. I think this is a brilliant game to play. He gives me so much advice and is so supportive. Some of the advice he has given me has been dealing with the idea of a long term career. But mostly he has told me about continuing to be a real person and supporting your friends.

Do you ever think that you have had to grow up rather quickly?

Oh definitely. This industry expects you to. When you go to the awards events you never see any Coca-Cola on the table, it’s always wine because they expect the people attending to be over 21. I think that I suddenly had to grow up at 13 and left my childhood behind me. On the positive side growing up so quickly has meant understanding a lot more. A lot of teenagers are just finding out who they are. I know what I want but a lot of kids my age don’t.

Who is your role model?

Leonardo Di Caprio is a great role model for me because he started so long and has managed to get through his teens and everything as an actor and keep progressing. He did a great movie when he was 18 – What’s Eating Gilbert Grape? – and has had blockbusters like Titanic and Gangs Of New York.

What’s been your mum’s reaction to your amazing success?

My mother is surprised that I am still me after all I have gone through. But she helps to keep me grounded and travels with me. Any signs of a swollen head and she would bring me back to earth. You need people like that in your life to avoid going down the wrong road.