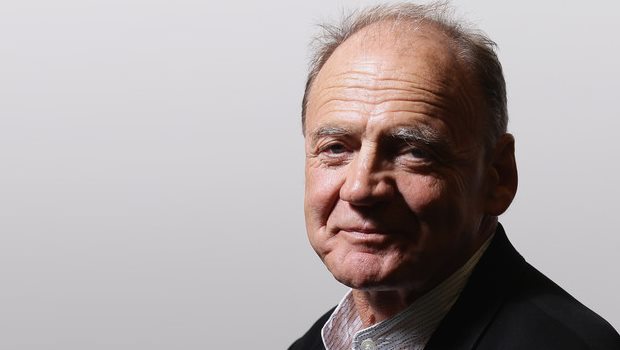 When it opened in Germany, Oliver Hirschbiegel’s Downfall (Der Untergang) sparked an intense flurry of national self-interrogation. Based on Inside Hitler’s Bunker by Joachim Fest, the Oscar-nominated film chronicles Hitler’s last 12 days before his suicide on May 1, 1945, as the Russian army took Berlin.

With the exception of GW Pabst’s Der Letzte Akt (1956) and Hans-Jürgen Syberberg’s experimental, seven-hour Hitler: a Film from Germany, the German film industry has been historically reluctant to portray the Fuhrer. Even in Downfall, the role belongs to the Swiss Bruno Ganz, best known to British audiences for Wim Wenders’ Wings of Desire.

“It’s significant because it’s never been tried or done in a way that would convince me, especially not coming out of Germany,” Hirschbiegel explains. “That meant quite a responsibility for me and everyone. We tried to be as earnest and true with the facts as possible. Bruno is the most gifted living actor of the German language and he looked so similar that it became obvious he had to play the part.”

Though the film foregrounds Hitler’s anti-Semitism and increasingly violent derangement, his polite respect for women and children is also made manifest in Ganz’s convincing performance.

“There have been a few voices worried about depicting Adolf Hitler as a human being. But it is ridiculous to regard the Nazis as sent by the devil. There is evil in all of us.”

One of the film’s most shocking scenes depicts Magda Goebbels clinically poisoning her own children rather than let them live in a world without National Socialism.

“To me, the killing of the children stands for the whole monstrosity of that system,” Hirschbiegel explains. “That industrialised way of murdering people.”

Some sense of redemption was found shooting in St Petersburg, with Russian extras as German soldiers.

“A lot of streets were built at the same time as Berlin and German architects were involved. It felt really odd though because that city alone lost nearly a million people during the blockades by the Germans and it was amazing to see the Russians being so open, friendly and co-operative. It was a wonderful experience.

“The hope is that it will work as an inducement for the German people to reopen a more honest way of looking at a dark chapter in our history. How was it possible for a whole nation to fall into barbarism, following this absurd vision of the world and turning loving fathers into vicious killing monsters who felt no pity for their victims? As a civilised nation we have to do that, because no matter how painful, we have to be able to look into each other’s eyes right?”