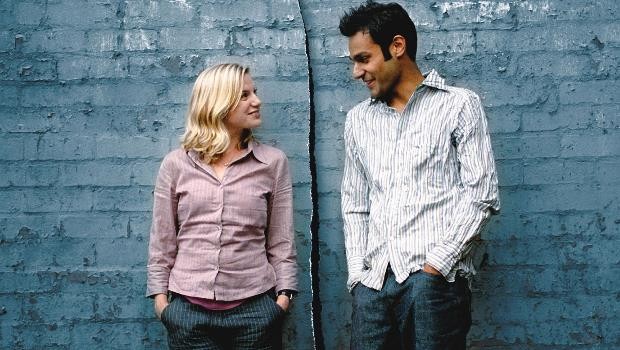 2002 was a huge success for Scottish cinema. Paul Laverty won Cannes’ Best Screenplay prize for Sweet Sixteen; Lynne Ramsay earned plaudits and awards for debut feature Morvern Callar; Peter Mullan’s The Magdalene Sisters was condemned by the Vatican but lauded by the Venice Film Festival; and as Obi-Wan Kenobi, Ewan MacGregor had the whiskers and gravitas to mentor Darth Vader.

Such achievements create high expectations. 2003 could be crucial for Scotland’s film future, and so far the trailer looks promising. Glasgow has seen Morgan Freeman, Jet Li and Bob Hoskins shoot £28m thriller Danny the Dog. X-Men2 will have Alan Cumming trading blows with fellow Scot Brian Cox, who as Agamemnon will film the epic Troy with Brad Pitt’s Achilles. Laverty and director Ken Loach will return to Glasgow in the summer for their fourth collaboration, Ae Fond Kiss, taking its title from the Robbie Burns’ poem. Mullan will helm his first US feature, whilst Ramsay is already working on the American-set Lovely Bones. Scottish productions continue to lead Britain in the low-budget and short film stakes thanks to a series of collaborations with Scandinavian filmmakers, and several big studio plans could see multi-million pound blockbusters arriving in the Highlands and Glasgow. Scottish film is thriving says Mission Impossible 2 star Dougray Scott:

“It’s always kick, bollock and scramble to get the finances together for any film, but Scottish Screen have been incredibly helpful in encouraging new and existing creativity because they’re lovers of film. There’s a lot of talented young directors working in this country and it’s looking positive for the future.”

He cites director Stewart Svaasand as one of these talents, having just produced and acted in Svassand’s film One Last Chance. Currently in post-production and starring Trainspotting actor Kevin McKidd, this film about three friends and a curling club is one of 11 to receive lottery money through Scottish Screen over the last year. With the Glasgow Film Fund, Scottish Screen has been the industry’s lifeblood since Shallow Grave laid to rest the image of a cinema paralysed by meagre investment. The first beneficiary of a Film Fund grant, it made £5m from its £1m outlay, proving that cinematic ambition in this country could prosper with the right financial structures. Such funding has since helped many of the nation’s top films, including My Name is Joe, Orphans, and Rob Roy.

Including One Last Chance, veteran actor James Cosmo appears in four Scottish Screen backed films out soon – Svaasand’s picture, May Miles Thomas’ Solid Air, Norman Stone’s Mandancin and Soren Kragh-Jacobsen’s Skaggerak. He’s committed to independent film in his native land, but as the Trojan Gluacas he will depart for Mexico shortly to join the Troy shoot, eager to meet Brian Cox on the battlefield. Fictional clashes aside however, Cox’s support of a proposed £250m studio in Gleneagles may put him in direct conflict with Cosmo, the grizzled warrior Campbell in Braveheart. The site proposes 14 sound stages and the world’s biggest water tank next to the Gleneagles hotel, but Cosmo and ex-Eurythmics guitarist Dave Stewart are backing a £20m project in Inverness, and appear to have stolen a march with construction beginning next month. In a country the size of Scotland, shurely, as Sir Sean might say in Highlander: “there can be only one”.

Or perhaps not even that. Promising two 10,000 sq ft studios and one 17,000 sq ft space, plus a hotel complex, conference centre and ‘Braveheart Fort’, the Inverness plans are risky enough to be declared “unviable” by Oscar-winning producer David Puttnam. Research by Scottish Enterprise concurs with Lord Puttnam, but Cosmo is unconvinced.

“Scottish Enterprise have never been privy to our plans. For them to say that a studio is unsustainable in Scotland is to say that any studio they could conceive is unsustainable. Which I completely agree with. We always said we didn’t want to go to the public purse and will surround the studio with commercial enterprise.”

“To build the facilities in Scotland is a bit like Field of Dreams. Until you build it and say, here we are, come and use us, you’re never going to know if it’s viable. Film companies could be offered tax breaks for using the studio because spin-offs from the film industry are enormous. It’s a clean industry, there’s a big financial turnover and people would spend a lot of money when they’re here. It would be a wonderful addition to the Highlands.”

In addition to interior shots, it’s well documented that Braveheart’s most dramatic battle scenes were shot in Ireland, and it was this potentially huge loss of revenue to Scotland that inspired Cosmo and his associates’ vision for a studio: “It wasn’t just the fact that there weren’t any facilities in Scotland. The Braveheart producers got a really big tax break from Ireland and were given their territorial army as extras. The Irish minister of culture made them an offer they couldn’t refuse.”

It was at Ardmore Studios, just outside of Dublin where the Braveheart scenes came to life with grisly death. Managing director Kevin Moriarty confirms Cosmo’s assessment.

“If you don’t have those incentives then you’re not in the game because you’re not competitive. Without those incentives, we have a good infrastructure, a wide range of locations and a very good track record, but the nature of the industry these days is bottom-line driven. Productions go to countries with the best financial deals.”

In addition to the Oscar-winning Braveheart and My Left Foot, Ardmore was involved with the recent Count of Monte Cristo remake and the special effect-laden dragon flick Reign of Fire. Times weren’t always so good, but Moriarty claims he has “absolutely no doubt” that a forthcoming King Arthur adaptation proves European studios can compete with Hollywood. Produced for Disney by Jerry Bruckheimer, directed by Training Day’s Antoine Fuqua and starring Clive Owen as the eponymous king, it has a budget not far off $100m says Moriarty.

“Certain kinds of scripts will come to Scotland because certain scripts will lend themselves to the locations available there,” he states. “But an industry can’t survive on those scripts alone because they don’t come all the time. So you must be able to make films with different subject matter and do it cost-effectively. But if you’re going to develop your industry in that way, I believe you need a studio.”

Significantly, Ardmore is much closer to Dublin than either of the proposed Scottish studios are to Glasgow or Edinburgh.

“I certainly think that’s a factor to be taken into account. We’re only a few miles south of Dublin, so from a locations perspective we have access to all the period architecture around the city, but we also have villages and valleys, waterfalls and beaches within a half-hour radius. And from a business point of view we’re near financial services, hotels, and an international airport, though as it’s on the other side of the city we don’t have Boeings bothering Rob Roy or King Arthur as they cross the mountains.”

Camelot might be coming to Dublin, but both Ireland and Scotland will ultimately remain “cottage industries” according to Rebecca O’Brien, the third partner in Loach and Laverty’s Sixteen Films. The Scots producer maintains: “Scotland is a small country and not big enough to sustain a full-blown film industry. Britain as a whole isn’t big enough. Our company continues to make films in Scotland because there’s a good range of rural and urban locations, it’s very production-friendly and there’s some terrific actors available. And because filming in London is a nightmare by comparison.”

Ironically, an alternative to a stately studio in the Highlands might lie with the Monarch of the Glen. Though best known for his role as Archie in the BBC series, Alastair Mackenzie can be seen starring in his brother David’s first feature-length film in May: a Highlands end-of-the-road movie called The Last Great Wilderness, which at its best playfully conjures the spirit of The Wickerman with extended character development. Shot on DV camera, Wilderness is a freeze-frame of contemporary Scottish cinema. Though made on a shoestring, its use of digital technology demonstrates the possibilities available to upcoming filmmakers, who like David Mackenzie can now progress from short films, to low-budget features, to medium-sized productions like the forthcoming Young Adam, working with actors like Ewan MacGregor, Tilda Swinton and Peter Mullan.

“When I made my first short nearly ten years ago, there was very little funding in place,” Mackenzie recalls. “It’s never going to be easy but there seems to be a greater number of short film schemes now and digital productions are featuring more and more. I’ve had funding for my last few pictures so it obviously comes eventually, but you have to keep banging on that door till it opens. We’re a small country making movies and others are coming here to make movies, but you only have to look at Denmark producing a hell of a lot of world-class films to know we can do better.”

Looking at Denmark is precisely what his company Sigma did, forming an alliance with Zentropa Films, the organisation part-owned by Lars von Trier and at the heart of the Dogme movement. “In Europe, the Scottish Highlands are known as the Last Great Wilderness, so I suppose you could say we’re reaching out to that kind of cinema,” observes Alastair Mackenzie, “and I know filmmakers in Denmark who only want to make films in Scotland.”

Von Trier’s 1996 film, Breaking the Waves, is a landmark. Its tragic story of a young woman destroyed by an ill-fated marriage and repressive religious community on the Western Highland seaboard in the 1970s, it emphasised Scotland’s links to northern Europe and anticipated the handheld and colour-drained photography von Trier and his colleagues would espouse in the Dogme manifesto. Having contributed finance and equipment to Wilderness, Zentropa producer Sisse Graum Olsen perceives numerous similarities between the two nations.

“I’m convinced that a Danish/Scottish collaboration is almost a natural co-production because we’re very much alike. We live in the same wet, cold weather, have a fighting history and the same sense of humour. Low budget films in Scotland are successful because of their similarly strong tradition to ours for storytelling, but it’s only just started and the films will have to keep on developing for it to stay in that position.”

Skagerrak was shot in Scotland and Sweden last year with funding from Umbrella Productions and Denmark’s Nimbus Films. One Last Chance is 20% funded by the Norwegian company Motleys. In addition to Wilderness, Sigma and Zentropa release Wilbur Wants to Kill Himself this summer, shot in both Glasgow and Denmark by Italian for Beginners director Lone Scherfig. Moving into Glasgow’s Film City shortly, a £3m refurbishment of Govan Town Hall, Sigma’s producer Gillian Berrie promises “to create an environment for emerging creative talent” and enthuses about an announcement the company plans to make around May. Though “not a Dogme-like manifesto”, she hopes “this low-budget concept might also become a movement.”

Bring on the independents and the blockbusters, the Vikings and the Greeks reckons Celt James Cosmo. “The Swedes have the studio at Trollhatten which is a mirror for what we plan to do at Inverness. Scandinavians have a terrific record of individual and indigenous filmmaking. Why shouldn’t our friends in other countries buy into our films and us into their stuff? We’re witnessing a resurgence in Scottish film.”