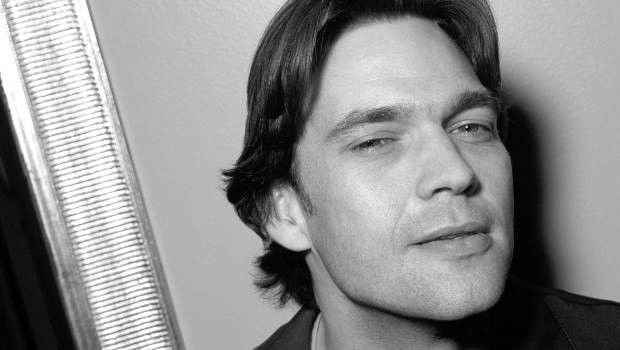 It was about greed. After the bloodshed, the toppling of a tyrant who made war on his own people, after political division and impassioned rhetoric, the motives of many who supposedly fought for democracy were exposed as self-serving deception. Whilst the righteous clung to their sense of moral purpose, the corrupt helped themselves. Chaos reigned and thousands suffered. A story made for cinema, reckons Dougray Scott.

“What was the reason for invading Iraq?” he asks, taking a lengthy drag on his cigarette. “Was it a humanitarian crusade or an economic one? I would be inclined to say the latter, very much so. And it was the same with the Civil War, because the landed gentry’s money was being stolen by the king.”

Though best known as the villainous Sean Ambrose in Mission Impossible 2, and alongside Kate Winslet as the brilliant but troubled Tom Jericho in code-breaking drama Enigma, the Fife-born actor was recently cast as “Dougray Trotsky” in the tabloids, having publicly pledged his support for the Scottish Socialist Party. However, whilst his sympathy for Tony Blair during the Iraq crisis may be limited, as Sir Thomas Fairfax, leader of the Parliamentary forces in Civil War epic, To Kill A King, he knows a thing or two about the trials and tribulations of leadership. Not only was Fairfax beset by conflicting loyalties and political back-stabbing the like of which Downing Street can only have nightmares about, but associate producing a film for the first time, Scott was forced to bail it out with his own money after it twice went bankrupt. Indeed, it got to the point where 353 years after Charles I was beheaded, insult was added to royal injury when the lawns of Hampton Court Palace lay ripped up whilst finance was desperately sought to remove the 200ft film set on top.

Yet To Kill a King survived. And it deserves to prosper because it’s a powerful account of a crucial time in British history, one that until now has been largely ignored by filmmakers. Despite its £12m budget comparing unfavourably to other big historical productions like Braveheart (£46m) – reflected in a lack of grand battle scenes – this is an altogether more thoughtful film that thoroughly probes the inner turmoil of a hero in almost impossible circumstances. Helmed by emerging British director Mike Barker (Best Laid Plans), it begins in 1645 at the aftermath of the Battle of Naseby, where Fairfax, founder of the New Model Army, and his puritanical deputy Oliver Cromwell (Tim Roth) survey victory over the Royalist forces and begin planning to reunite the nation. Cromwell, in a warts ‘n’ all performance of human strength and weakness by Roth favours radical reform, but Fairfax, born into the aristocracy and with concerns for his wife Lady Anne (Olivia Williams) and their unborn child’s inheritance, tries to temper his friend’s single-minded resolve – an attempt that ultimately fails when Cromwell begins a bloody purge of Parliament’s corrupt MPs, executes the king (Rupert Everett) and assumes the mantle of Lord Protector, becoming monarch in all but name.

Shot in a fluid style with beautiful costume and period detail, the film is nevertheless an actor’s piece: Williams is defiantly opinionated as the wife of a man she loves but believes is choosing the wrong path, whilst Everett’s carefully observed mannerisms and utter conviction of earthly divinity make him a sympathetic yet believable oppressor of his subjects. But the true dynamic of the film is the loss of love between the two main characters – it’s no surprise that Cromwell And Fairfax was the film’s original title. The penultimate scene, where a dying Cromwell whispers “you let me down” to a distressed Fairfax, is exceptionally moving and voyeuristically uncomfortable to watch so intimate is their parting. What really brings home the anguish is the awful difference in their appearances: Cromwell – pale, his moustache and hair cropped in military-style, his condemned eyes and soured features painfully contrasting those he embraces. Fairfax – long, chestnut locks and groomed beard framing aristocratic good looks. Alive with sorrow but alive nonetheless, the face of one “beloved by God”.

That was London 1658 and this is London 2003, but for me it’s only five minutes later and it’s proving difficult to re-adjust. As I watch him, Fairfax seems untroubled by any lingering guilt, pacing a Park Lane hotel room, chatting into his mobile phone, lungfuls of nicotine inhaled lustily. Ok, so the hair is shorter, the dashing whiskers and breeches gone, but the 37-year-old Scott and his character share more than a pair of mournful eyes and craggily handsome features. There’s a similar business-like determination at work, and when he finishes his call and turns to greet me it’s with an intelligent, steely charm. Utterly courteous and open in the conversation that follows, he emanates a self-confidence that suggests he won’t take kindly to enquiries about why he’s wearing a dirty great winter coat in these warm surroundings. So I don’t ask. Instead I enquire if he misses his seventeenth century beard and flowing mane combo, which reputedly had the female members of test audiences swooning in the aisles, despite frightening his children.

“Well, they were actually my beard and moustache,” he proudly points out, “but the hair, which I had for three months, was extensions glued in the back. I didn’t get attached to it, rather it got attached to me.”

Born Stephen Scott in 1965, Dougray adopted his professional name after applying for an Equity card and discovering another actor registered as Stephen. French ancestors on his father’s side were the source of this new identity, and it was his father who gave him his first lessons in acting. “My Dad ended up being a salesman, selling fridges and freezers and that was the perfect introduction. I learnt what you have to cover up and how the outside of someone is completely different to what’s going on inside.”

He’s confident that To Kill A King will appeal to audiences, despite the weighty subject matter.

“Well, first and foremost people go to see a film because it’s good, because it’s a great story and it’s visually exciting to watch. But I really hope we can educate people with this one because ultimately it’s a story about two men who lived and fought together at an extraordinary time in history. It’s about the aftermath of war and the messiness of war and the fragility of a country trying to rebuild itself. With the situation now, people might be intrigued to see how a country coped with war all those years ago.”

“You should be careful what you wish for as the reasons for war get confused. One person can be very clear in their motives, but others can have different agendas. For example, some of the Royalists used it very selfishly. After the king was disenfranchised they took the spoils of war for their own personal gain, which infuriated Cromwell and Fairfax because their men hadn’t been paid.”

Unfortunately, life imitated art imitating life when the film’s cast and crew had to defer wages till money could be found to cover key financial backers dropping out. And it was Scott who allegedly spent as much as £70,000 of his own cash to have the troublesome set removed, a figure he doesn’t deny.

“Well,” he says, inhaling hard on his cigarette once more, “it was a lot of money, yeah.” He tails off momentarily while a rueful smile closes wistfully on “Hampton Court …”, but returns suddenly with forthright conviction, the butt in his hand conducting the air for emphasis.

“We didn’t get any public money which was a blow, as we’d applied for it but didn’t get anywhere. I would have thought that a film of this magnitude and historical importance would have attracted public funding but none was forthcoming. So it was great that everybody was so incredibly passionate about the film. No-one should go without being paid and eventually everyone was, at a reduced rate anyway. So much work had gone into it and really the success of the film is down to the crew whose commitment was exceptional. I take my hat off to them for their loyalty.”

You wonder whether contract negotiations resembled those in the film, when in a scene reminiscent of Shakespeare’s Henry V, a fired-up Fairfax attempts to rouse his tired and beleaguered troops to again fight unpaid against the traitors in Parliament Unlike say William Wallace in Braveheart or Maximus in Gladiator, this leader of men, adored by women, barely shows his oft-alluded to mastery on the battlefield, and instead spends much of the film as one of the politicians he despises. “Black Tom” was, after all, a real historical figure with real historical problems, and his soul-searching bears the class traitor brand he is accused of being by his wife and king, but also that of the revolutionaries’ betrayer-in-chief Cromwell sees him as.

“It’s impossible for him to lead the simple life he yearns for after years away from home,” he says. “Cromwell is like a magnet because he feels a tremendous amount of loyalty towards him. As much as he wants to settle down in Yorkshire, he can’t. He’s fought too long for the country to become a cesspool of corruption.”

Famous for his exhaustive preparation for roles, having buffed up physically for M:I2, slimmed to skin and bone for Enigma, and about to fatten up once more for a biopic of literary heavyweight Dylan Thomas, Scott had to undergo in-depth research into Fairfax, but denies he’s a Method actor.

“I read all the books on Fairfax in the British Library, did a lot of horse riding and studied military tactics of the time, finding out that he actually laid his rose garden out in strategic formations! But Method acting is a label I don’t really understand, because there’s a method to everybody’s acting. In terms of jumping into a character’s skin, I try to immerse myself in the role as much as possible to bring me closer to them. All I do is what’s required to achieve what I want to achieve.”

An example of this would be a film he’s doing in May, entitled Idlewild. “I play a gigolo who meets this girl and he’s forced to reappraise his whole life. It’s dark and it’s funny but I’m only in the middle of it at the moment. I’m meeting a lot of gigolos and there are quite a few. It’s interesting.”

Other forthcoming roles include an emotionally stunted Russian assassin in The Poet, for which he found an extra’s role for Rangers boss and friend Alex McLeish (“As an actor he’s a great football manager.”); a follow-up to The Talented Mr Ripley called Ripley’s Game, in which he plays a man with leukaemia manipulated by John Malkovich’s version of the titular anti-hero, and for which he drew upon the personal knowledge of his charity work with sufferers of the disease; and a small part and producing credit for One Last Chance, a story about a curling club originally titled The Bum’s Rush. “It’s changed because we thought Americans would think it was about laxatives or something,” he states, though only semi-jokingly you feel.

In the meantime, he has with no plans to try directing, at least not for another ten years, and is happy to be planning yet another film, again with Mike Barker, about a hateful Scottish gamekeeper ruling a forest during World War Two. But he can take pride in what the pair have created already.

“It was a long process from beginning to end, but To Kill A King (read our review)  is one of the biggest independent British films for a long, long time. That’s a great feat in itself, but I know this film stands alone in terms of what it is and what it’s achieved.”