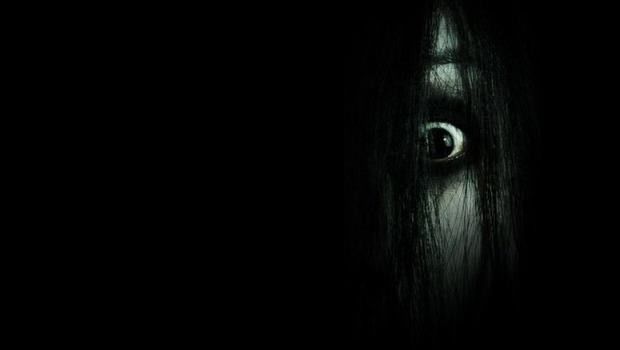 Hollywood Vs The Original Idea

The release of Jessica Alba vehicle The Eye, is the latest in a long line of US remakes of relatively recent Far-Eastern hits. For all their individual merits, remakes represent perhaps the most cynical side of Hollywood film production. Over recent years, decent Japanese horrors such as Ringu (The Ring), Dark Water and Ju-on: The Grudge, have provided fresh material for Hollywood to plunder, while Martin Scorsese’s decades-overdue Oscar win came for The Departed; certainly a classy remake of recent Hong Kong crime-thriller Infernal Affairs, but a remake nonetheless.

Despite being freely available, in their original forms, on both sides of the Atlantic, these movies’ collective status as “Foreign Film” has, for the most part, hindered their circulation in all but the most enthusiastic film clubs, academic-film circles and late-night TV schedules. The major US studios, however, are not about to miss out on an opportunity, and as a result remakes of The Ring and The Grudge have spawned more-of-the-same sequels in mirror-image of their foreign origins. The unfamiliar locations are swapped with suitably eerie American counterparts, big-name or up-and-coming Hollywood stars are signed up to multi-picture deals (as production executives predict franchises), in the case of The Grudge the original Japanese director is hired, and, crucially, the characters all speak English with American accents; two hours of subtitles are often unwelcome in the multiplex environment on a Friday night.

Hollywood has an uneasy relationship with originality. The major studios tend to operate best when a problem can be solved by throwing money at it, which is great when creating a summer blockbuster where regular fireworks will keep the popcorn-audience entertained. Money buys technology, improvements in technology produce better-looking fireworks, and studio-executives everywhere go home happy, slapping each other’s backs and giving the effects techie a bonus (maybe). In contrast, original material – namely, decent writing – is harder to come by, and when it does appear, it can be a gamble. It’s untested, it’s risky, and it’s invariably more cerebral, a word which is less likely to appear on the wish-list of the average movie-goer in the multiplex on the all-important opening weekend.

Remakes can be seen as an effective exercise in risk-reduction, with the studios even raiding their own extensive archives, as well as those of the Far East. Occasionally entertaining but ultimately soulless “re-imaginings” of The Poseidon Adventure (renamed simply Poseidon, perhaps to cater better for the 21st-century attention span), The Omen, TheTexas Chainsaw Massacre and The Amityville Horror, to name but four, have all hit cinemas in recent years. The occasional involvement of big-name directors appears to offer a degree of validation to the otherwise cynical practice. Of course, each has his own motivation. Steven Spielberg and Peter Jackson were powered by personal enthusiasm in producing remakes of War of the Worlds and King Kong, respectively, while even former independent saviours have been tempted by remake projects, albeit with far more mixed results. Think of the Coen Brothers’ version of The Ladykillers, widely considered a massive misstep, and Steven Soderbergh’s remake of Ocean’s 11, which has since ballooned into a three-film franchise, complete with uneven critical appraisal.

Of course, these “re-imaginings” would dry up without the support of the audience. Whilst the cultural revolution of the 1970s produced an abundance of classic cinema, this was long before the time of today’s primary cinema-going audience, many of whom were not aware that Wolfgang Petersen’s Poseidon was a remake at all. This cinematic amnesia works in the studios’ favour, as they take it upon themselves to recreate the hits of the past. Rough-and-ready production values originally necessitated by low-budget filmmaking, and unknown casts, have all been largely reversed. The trend is set to continue, with rights to successful foreign-language films being increasingly purchased by Hollywood studios almost as a reflex action. While Michael Haneke’s remake of his own 1997 domestic thriller Funny Games is currently in cinemas, his previous, French-language film Hidden (Cache), looks set to be remade under Ron Howard’s direction. Further to that, Spanish ghost story The Orphanage, also currently in cinemas, looks likely to be remade, while an English-language remake of new-release Spanish horror [.REC], set to labour into cinemas under the more banal title Quarantine, will be released in a matter of months, as will a US version of Korean creep-fest A Tale of Two Sisters.

The growth of the international market, especially in countries such as Korea and Japan, offers easy options to an American industry increasingly reluctant to take risks. Subtitles and foreign cultures are very good at alienating multiplex audiences, regardless of a film’s quality, and so fitting an American filter to a story which has already proved successful in a foreign market, makes sound business sense. Unfortunately, it’s the true cinephile who inevitably suffers, as originality is becoming conspicuously scarce in the mainstream, and even solid genre pieces such as The Departed come packaged with an unfortunate sense of dejá-vu. Be they skilful re-imaginings or merely shameless cash-ins coming from an industry keen to cut every corner in pursuit of an audience, they’re here to stay. Just be sure to catch the original first.