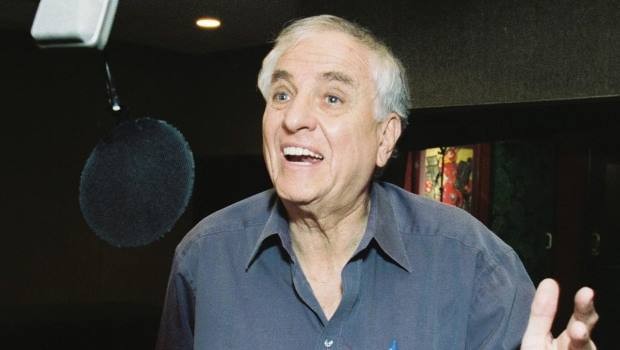 Garry Marshall chats about being the voice of Buck Cluck in Chicken Little.

How much did you recognise of yourself in your animated character in Chicken Little?

Garry Marshall: It’s not me physically. I’m in good shape, I play ball twice a week. But he is a good ball player so I like that a lot. His name originally was Chuck and they chang ed it to Buck. I guess they thought it was more of a ball player’s name. But I relat ed to him because I have a son, daughters, grandchildren. So trying to get across the idea of a child disappointing you and then you not being supportive was all stuff I know very well…and it’s hard to do.

Do you take a job like this for the grandchildren?

Garry Marshall: That’s part of it. Once I did an animat ed movie and they fir ed me because I had an accent – like they didn’t hear it when they hir ed me! I felt bad, but it wasn’t the end of the world. Then for this one I said remember I talk like this. Disney and I have got along well and you reach a certain age when you do things that you never did before, just to throw it around. Some things never change, some things change. I want ed to try something new so I direct ed an opera this year and I also I did a rooster in Chicken Little.

What was the cartoon from which you were fir ed?

Garry Marshall: I don’t remember the name of the picture but I play ed an Aztec Indian who turn ed into a stone. I think once they fir ed me they chang ed the whole picture round. They said I had just too much of an accent…who knows?

Is being the voice in a Disney film the closest thing to immortality because generations of kids will see it?

Garry Marshall: I think about that and it’s good. I have a body of work in many fields and mostly kids remember me for a movie call ed Hocus Pocus where I play ed the Devil and I had a tail. They don’t quite recognise me until as soon as I start to speak and then they say…’You were the Devil in Hocus Pocus!’ I say yeah that’s me. So my whole career comes down to being the Devil in Hocus Pocus. So now I think that Buck Cluck in Chicken Little is a good one for the kids to remember me. But yes it could be immortal and I like that….why not.

Is there another opera in the works?

Garry Marshall: Possibly I will do The Merry Widow or Der Fl edermaus. I’m also doing Happy Days: The Musical. It opens in February. The cast is still being done. I’m going to Chicago and New York to audition. Fonzy and Pinky are the hardest to find…you ne ed people who can do tough with attitude and who can also sing. They are also filling iconic roles. The people I had in the series were good at their roles.

Did you know that scenes from Happy Days were us ed in a car TV commercial?

Garry Marshall: Somebody told me that. And I saw myself on TV but it was someone playing me in the Mork And Mindy Movie or something. I have better teeth than he has. But you can’t sue anyone. But I don’t think unauthoris ed should be allow ed. Every book I pick up says ‘Unauthoris ed biography’ of so and so. If they did an unauthoris ed movie about Happy Days I think Ralph Malph would take action first. I have no complaints, I’m busy, I’m happy. There are a lot of people in our industry who are very bitter. I never got that pill or gene or whatever it is.

What did you think of the animation in Chicken Little?

Garry Marshall: The technology in Chicken Little was brilliant. I never saw such clear animation in my whole life. They were like real people. It is a wonderful film to be apart of and I hope it is immortality.

Do you enjoy reminiscing on the commentaries for DVDs?

Garry Marshall: I love to do a commentary on DVD. I like to tell what happen ed. Usually my assistant helps to tell me what I remember. They didn’t put The Odd Couple DVD out – which was one of the favourite TV shows that I ever did – because they said it was not doing well in research. But I protest ed and they finally bringing it out and I will probably do a commentary.

Is it more joyful to do something like Chicken Little for little kids?

Garry Marshall: I entertain anybody. I really have d edicat ed my whole life to making people laugh. They laugh and tear up a little bit and then they go home happy. That’s what I do. Because of my grandson I have got more into younger kids and I like that. But I am from the school that you work really hard to try and go right across the board. To get something that the whole family can sit through is something that I have really been working on. When I watch ed Chicken Little I saw kids in the audience who were just screaming with laughter, they thought it was the funniest thing. One of my proudest things is that I have work ed with all three of my kids. That makes my life very pleasant.

You have just work ed for your son Scott in Lucky 13. What was that like?

Garry Marshall: I was proud to be direct ed by my son. Then when I saw the picture the audience laugh ed so there was a pride in that too. He’s good but, I’m giving away a secret here, I’m nak ed in the picture! Well it is a shock. I play a grandfather who left his family for Darryl Hannah and top be a hippy. So me and Daryl do nak ed swimming together. So that is a big scene. That was the only scene that when my son was directing me he never call ed me Dad or Garry, instead he us ed my character’s name…Irwin. That was the way he made the psychological leap when I was jumping in the water nak ed with Daryl Hannah.

So how was skinny dipping with Daryl Hannah?

Garry Marshall: It was pretty good! We only did three takes…I opt ed for 12! But they didn’t have enough money. My wife appears – just for one day – in every film that I do. We are marri ed 43 years. She came to do for my son’s film and Scott told her that he couldn’t afford to have her talk because he didn’t have the money. So you’ll just see her waving in a party scene.