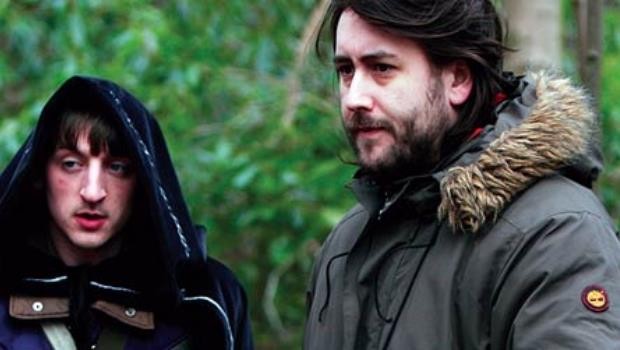 On Thursday August 4th, the world premiere of GamerZ was held at the SECC in Glasgow on the opening night of the 63rd World Sci-Fi Convention. Jointly funded by Scottish Screen and the SMG group and shot for only £300,000, GamerZ is a Dungeons and Dragons themed comedy romance from debuting writer/director Robbie Fraser. Filmed on location around Glasgow with a brilliant young Scottish cast, it’s an everyday tale of student love rivalries blended with a twist of elves and orcs.

We caught up with Robbie after the screening to find out how the future is shaping up for GamerZ.

Q. Do you have a distributor yet?

Robbie Fraser: “We do not have a distributor or sales agent at this point, but we have had nibbles of interest from two major international distributors. So the next phase for us, having completed the film and held our hometown premiere, is to get our heads around all of that.”

Q. Is there a release date in mind?

Robbie Fraser: “That’s something we’d work out with a distributor, but there are a number of big fantasy movies on the way, coming up to Christmas. That sort of climate would be ideal for us, because in many ways GamerZ is the antidote to the big-budget fantasy blockbuster, despite being aimed at the same audience.”

Q. Was the final cut screened at Worldcon or might there still be some more tinkering?

Robbie Fraser: “That was the final cut, though of course we will be re-grading when we go to a film print – the version of the film which exists at the moment is uncompressed high definition video encoded on a hard disk, to be compatible with the new d-cinema initiative. It’s extremely high quality (we used the same digital light projector that they had in London for the premiere of Charlie and the Chocolate Factory) but it will be at least a year before there are enough DLP-equipped screens to support a digital only release.”

Q. Is the public ready for a Dungeons & Dragons comedy and how do you intend to market it?

Robbie Fraser: “Our arithmetic on this is simple: the audience for fantasy films encompasses the Harry Potter movies, the Lord of the Rings movies, the upcoming Box Of Delights and the upcoming Chronicles of Narnia. So if we can tap into even 0.01% of that market we will be laughing. In fact we actually believe our appeal will also extend a little further. Because our movie is an affectionate piss take of fantasy gaming, it should appeal both to those who love fantasy, as well as to those cynics who would like to see Frodo Baggins put into a meat grinder. But we will convert them all in the end! :-)”

Q. Did the success of Lord of the Rings make it easier for GamerZ to be made and has it hopefully opened the minds of the public towards fantasy?

Robbie Fraser: “I think yes to both of those. In many ways the seed for GamerZ was planted by the original 1978 Lord of the Rings feature length animation by Ralph Bakshi – that was the inspiration for our Shadowplay animated sequences. Though I was also influenced by the visual rhetoric of the latest D+D type video games, such as Neverwinter Nights. We hope we’ve added a new twist to both these sources of inspiration, though.”

Q. How do you think GamerZ will be received outwith Scotland and are there any plans to release it internationally?

Robbie Fraser: “We think the market for GamerZ is as big as the global fantasy market – the film went down extremely well with the Americans who saw it at Worldcon, and we’ve been invited to screen the film at Gencon in the States, a role-playing game convention which attracts up to 35,000 delegates. So we will push to get a release in every market we can – we think it will make good sense to any distributor.”