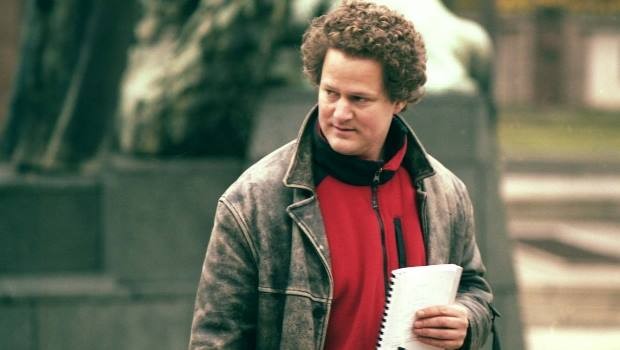 German writer-director Florian Henckel von Donnersmarck’s debut film, The Lives Of Others, won the 2007 Academy Award for Best Film In A Foreign Language, and is set in the final years of the old East Germany. It charts the ideological unravelling of a loyal Stasi officer (played by the late Ulrich Mühe) whose humanity impinges upon his official duties as he runs a surveillance operation on a popular playwright (Sebastian Koch) and his actress girlfriend (Martina Gedeck).

The Lives Of Others has been a big international success, but how much of a stir did it cause back home in Germany?

“We went well past two million admissions. They always count that in Germany rather than dollars or pounds as you would here. I always think that’s very unromantic, just to count the money rather than admissions. But it has been received incredibly well there, it’s true.”

Were some parts of the old East Germany particularly sensitive to the subject matter?

“It did very well in the East but it also did very well in the West. It’s one of those rare films that did almost equally well in both parts of the country. That hardly ever happens, independent of subject matter. Even with an American film it will sometimes be more successful in the East and less so in the West, it’s very rare that it’s spread equally over both sides. I do think the reaction was different in the East, in the East I think people were very moved by the fact that through the film they could rediscover their own lives and remember things that they had maybe suppressed for a long time.”

There is a sense of redemption in the story, a feeling of humanity regained isn’t there?

“I think a lot of people could identify with Ulrich Mühe’s character because many people had gone down a similar road. If you look at 1989 it was a peaceful revolution, the Stasi or the Peoples’ Police or the National Peoples’ Army didn’t turn this into a new Tiananmen Square when they could have. So I think that many people felt that this was them on screen, that they had lived that very same kind of almost passive heroism, or passive resistance at least.”

Setting it in the recent past, were you surprised by how much that period has dated?

“Just from a purely filmmaking point of view it was a very tough piece to make. Probably even tougher than if I’d chosen to do something in the 19th century or the 18th century or even the Middles Ages. There at least you could go and shoot the castle scenes. But as for 1984, all of Eastern Germany has spent the last 18 years trying to disguise the traces of the old East. So it was very, very hard to find something there, we had to repaint entire streets. I was lucky that there were a few protected buildings like the former Stasi headquarters, that allowed us to shoot there and the Stasi archive. There were a few of those very authentic places that we were allowed to shoot in.”

For the teenage audience your story offers something of a crash course in East German history doesn’t it?

“I’m always glad when young people see the film because I think it helps them understand what it was like. Although having said that I went to the IMDB to look at the user ratings for my film. They’re quite good from all groups, but if you click on those ratings you can then see it split up between ages and gender. All groups pretty much like my film equally, except for females under the age of 18. Everybody else would rate it around an ‘8’ or a ‘9’, but for females under the age of 18 it’s like a ‘5’. That confirmed some things never change, that was what my life was like until I was 18 – I wasn’t really popular with females under 18 at that time either. Now it goes on with my film!”

The film was a long time in development, did it change much along the way?

“It was more to get all the details just right, I developed the plot structure a long time ago and that pretty much didn’t change but I needed all the details. I needed to know about the machines that steamed letters open, I needed to know how interrogations work. These are the kind of things that I researched, and that took me a long time but that didn’t really change the narrative.”

Did you find yourself working with people who had experienced something of what occurred in the story?

“There was a former Stasi officer available to us at all times, to call on with questions. For the costume department it was really important to have a Stasi person on hand for little details, such as when people wore uniforms and when they did not. We also had a military specialist who would make sure that all those kind of things were right, we had some technicians who used to work for the Stasi and several historians.”

What are the DVD extras we can look forward to?

“I’ve included a few scenes that I cut out, five or six extended and deleted scenes. I had final cut, so no-one forced me to take these things out but I still think there are some interesting things in there. There’s a Director’s Commentary of course, I always listen to those although it’s a tedious thing to do because you’re just sitting there half listening to your own film and half talking about things and missing your cues all the time because you’re talking about something else so you’re having to interrupt yourself. But I always appreciate the effort that directors have made doing those, and I’ve learned more from Director’s Commentaries than I have from all my years in film school. There’ll also be a documentary about how the film was made, some interviews with the actors, and an interview with Ulrich Mühe who told of how he was persecuted by the Stasi, how four members of his theatre group worked for the Stasi.”

So there was a very real sense in which the film was autobiographical for him?

“Yeah, it was odd. It was a weird experience for him, I think it was probably more difficult for him than he realised at the time. He often said that he prepares for roles by reading and meeting people and so on, but for this role he didn’t have to prepare anything. He just said ‘my preparation consisted of remembering’.”

How involved are you in the forthcoming American remake of the film?

“I’m not heavily involved at all, I have a producer’s credit but I have no say in it, and I certainly won’t be involved in the writing and directing of it. But I’ve met with Sydney Pollack and Anthony Minghella several times to discuss the direction they want to take it in. I’m not worried about it because I think those are two really serious guys, they’re going to turn it into something interesting, I’m sure about that.”