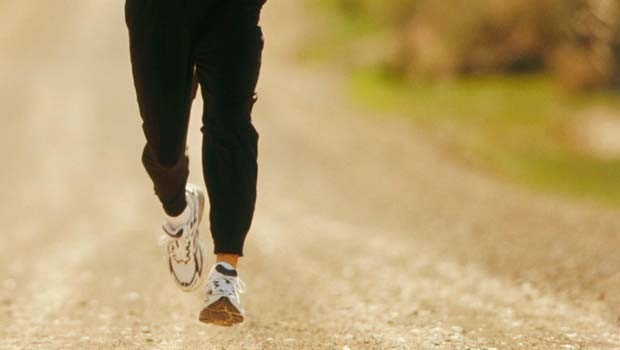 Every Night I Go Running

David Storr’s “Every Night I Go Running”, stands at the head of three extremely interesting and effective short films. Each has something to say that is concise (absolutely necessary given the three minute timescale) and stimulating, and each is presented with the utmost craft, intelligence and technical precision.

“Every Night I Go Running” follows the regular exploits of a solitary runner on his journey through a number of different settings and locations, to a unexpected and thought provoking climax (which I will not give away here!). An internal monologue is provided in the form of a voice-over narration that accompanies the imagery. In this juxtaposition of spoken word and image, we are presented with both the physical and the mental experience of running alone, and how the differing landscapes seem to influence the state of mind of the runner, and vice-versa. In the city he is apparently more nervous, edgy. Concrete city streets at night interspersed with (sometimes drunken) passers-by. In the forest and on the beach he is calmer, more relaxed and even playful, kicking pebbles into the sea and basking in the glory of his surrounding environment.

The film is shot in such an evocative way that you are instantly placed alongside the runner, alright maybe lagging behind, wheezing like a fool if your fitness levels are anything like mine! Each shot perfectly expresses the mood required to accompany the voice-over, and not once does this union of the visual and the aural ever jar. The overall look of the film owes much to the landscapes featured but some of the lighting effects, particularly in the shots on the beach, are almost tangible. The camera work is seamless throughout, and very smooth through a number of potentially hazardous sequences.

The technical aspects of the film are very impressive given the budgetary constraints and the pacing and steady building of momentum in “Everynight I Go Running” is spot-on. In theory the film was always going to achieve a high level of technical quality given the expertise and resources at David’s disposal, but we must remember that the conception and structure of the piece was entirely his own work, and he has assembled the film together in such a way that the viewers’ attention is held throughout the duration, until we are broad sided by the climax like a bolt out of the blue. The penultimate and most daring sequence, shot in the forests and foothills of Wales, climaxes with a forest that seems to close in around the runner through fast moving camera work and a tumultuous soundtrack.

“Every Night I Go Running” expresses a few clear ideas thoughtfully and sensitively. The original concept is given a suitable outlet through the impressive production values of the entire project. It is an enjoyable and interesting short film that fully deserves its victory, and will hopefully be the spark that will ignite David Storr’s career in the movies.