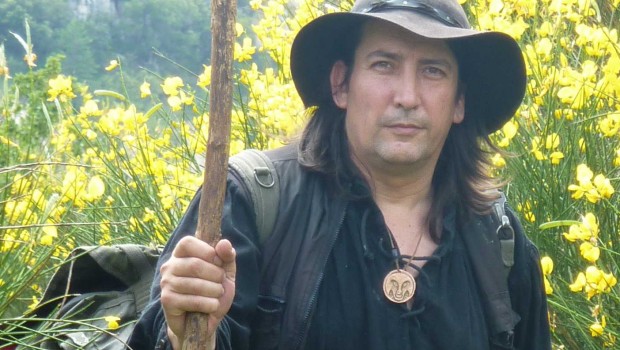 Future Movies: Why hasn’t there been a proper DVD release of Hardware til now?

Richard Stanley: For twenty years its been fought over by all the worst people on the planet (laughs). It’s very much about fighting over the goose that laid the golden egg; Palace Pictures got broken up by Polygram, who in turn got broken up by MGM, and various elements ended up being owned by Miramax, and Buena Vista, and pretty much every major corporate player in the film industry, so trying to get a clear line of fire on the British rights and who actually owned them has taken about twenty years of legal activity. It’s still a little unclear; I’m still trying to figure out who owns the sequel rights.

Future Movies: Is there likely to be a sequel?

Richard Stanley: There’s been a sequel script in existence ever since the first one got made; no-one’s ever really read the thing though I put it on the internet, mostly because no-one knows who owns it. Trying to work out who owns the copyright on Hardware is mystifying. I think we’re closer now, but getting an agreement from all parties as to who actually owns the sequel would really be something.

Future Movies: The new DVD, is this taken from the negative – the German DVD is very muddy.

Richard Stanley: This is totally remastered. The German one was taken from the VHS, blown up for DVD. It’s not just the primary colours, it’s especially the reds. Red tends to bleed especially when you dub it from one disk to another; it makes things even more out of focus. I just got the disk myself so I’m going to watch it and see how it turned out.

Future Movies: Where was it filmed; for a low budget film it looks quite epic in scale.

Richard Stanley: 80% were shot in the Roundhouse in Camden Town. Some of the city exteriors were filmed in what used to be called Spillers Wharf in Canning Town which stands in for the futuristic city, and also at Port Talbot in Wales (laughs). Port Talbot’s great; it’s a legendary part of the inspiration for Blade Runner and it apparently inspired Terry Gilliam to make Brazil. He was driving through Port Talbot, listening to Brazil on the radio and the juxtaposition… of course now they’ve landscaped it so there’s a thin line of trees between the motorway and the worst of the industrial stuff and factories, so it’s not as much fun. And then the final scene in the desert is shot in Morocco – we managed to save up enough money to take eight of us to Morocco at the end of the movie, just to stop the whole thing being shot in one apartment. It was pretty rough; there was a freak storm with flash floods and a lot of people drowned in a nearby town, which meant the sky and clouds looks fantastic; apocalyptic.

Future Movies: You make a lot of use of wide open spaces. Is that a conscious decision to move away from genre clichés?

Richard Stanley: I guess being born in Africa and watching a lot of Spaghetti Westerns when I was young; films like Picnic At Hanging Rock where you get a sense of the landscape being a malevolent or sentient entity. I guess there’s always that desire to show people something new as well. Certainly with Dust Devil I was overwhelmed by the fact that we were shooting where no-one had ever filmed before. I wanted to show as much of the landscape as possible, all the canyons and rivers. The landscape makes a film look epic. I think Kurosawa said that an epic is a deep focus shot of someone in the foreground looking at someone in the background. It certainly gives you the opportunity to shoot without having to find so much money.

Future Movies: Hardware started as a short; can you tell us about that?

Richard Stanley: The original Hardware was shot when I was a school, when I was about 14, 15; a particularly embarrassing and gauche age, when you’re neither an adult nor a child. It’s not an action movie in anyway. It’s weirdly a film about nostalgia for the future; it’s got characters in the future being nostalgic for the 2st century, listening to blues and jazz standards. The cut that’s on the disk is just over an hour; the original cut was about twenty minutes longer, its stupidly long…its not really a short.

Future Movies: Is that taken from your own print?

Richard Stanley: Its actually dubbed off a camcorder filmed off a screen, it looks slightly worse than it did originally as it hasn’t been colour corrected. As it’s very much a teenager’s project its not worth spending much money on. It was more the music videos that led to Hardware.

Future Movies: Let’s talk about the music videos. You came to London in the eighties from South Africa, and started working.

Richard Stanley: More or less by fluke, I just fell into it. I had some super eight footage of tribal dancers in South Africa, and that translated into a career in the music industry.

Richard Stanley: They were great; I was very impressed with them. You can cut almost anything to a really good song.

Future Movies: Music is quite important in the film; you have the cameo from Lemmy.

Richard Stanley: Lemmy took over from Sinead O’Connor, during her bald phase.

Future Movies: How did you approach him?

Richard Stanley: I think he did it pretty much for a bottle of Jack Daniels; he came in very fast at the last minute when Sinead had problems with her dates. He was very excited to have a real live action scene with his shoulder holster. It was a terrible day; it was the middle of winter which was one of the reasons we had the terrible storms in the Sahara. We were trying to film this hothouse world and it was London in January. Lemmy came on set and was so excited to have his Magnum that he drew it in one fluid motion and it shot straight out of his hand into the Thames. We sent a diver down to found it, but it’s somewhere still in the Thames… in Spiller’s Wharf (laughs).

Future Movies: The score touches on Western themes; how did you come across Simon Boswell?

Richard Stanley: Simon came out of a band called Antisex Gang and had written a track for Phenomena for Dario Argento; that was good enough for me. He’s just fantastic. His best work, for me, is on my Afghan documentary, Voices of the Moon.

Future Movies: Your career is going in all sorts of directions; it’s impossible to chart a course through it. Are you shaping the films or are they shaping you?

Richard Stanley: I’m probably being shaped by the subject; certainly on Secret Glory… that’s never been quite finished. I found I couldn’t get it on the television; BBC2 wouldn’t touch them but I thought I had to film these people, from the Nazi Archaeological Department, before they died otherwise no-one would know about it. So I just started shooting it. And have ended up with days and days of footage of all these Nazi archaeologists; out of the twenty five people we filmed only one is still alive. There’s some kind of Gnostic message coming out of it but it wasn’t intended, it’s gradually been convincing me as we’ve gone along.

Future Movies: Will it be finished?

Richard Stanley: Well, we’re shooting more, a couple of weeks ago I came back from France and did some more interviews. If Vacation goes well, and I can get a slush fund together, then yes. It’s always a question of how much one can spend on dead Nazis…

Future Movies: Can you give a quick one line synopsis of Vacation?