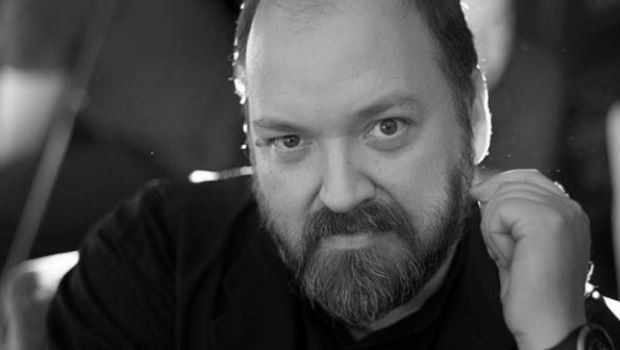 Dave McKean is a bit of a renaissance man. Probably best known for his collaborations with Neil Gaiman (particularly the cover art for the Sandman series), he is also an an illustrator, photographer, comic book artist, filmmaker and musician, now making his film debut with Mirrormask. McKean again collaborated with Gaiman, who wrote the script, to produce a family fantasy – a sort of 21st Century Labyrinth – for Lisa Henson, the producer daughter of the legendary Jim.‘We were given a very open brief,’ he explains. ‘Nothing was specified, apart from the budget. It didn’t have to be live action, or animation. The only limitation was the budget.’

When most debut writers and directors spend years schlepping their projects round the studios, it’s something of an honour to be commissioned to make a film, especially on such creatively generous terms. McKean acknowledges that they were in ‘a fantastically privileged position’. It’s also unusual in not being an adaptation of an existing story.

‘We created an outline from scratch, and then filled it in. Having said that, it’s about things that are important to me. Its about a fifteen year old girl – my daughter’s twelve, so I’ve got all of this to come.’

Mirrormask is the tale of Helena (Stephanie Leonidas), daughter of circus performers Gina McKee and Rob Brydon, who wants to run away and join normal life. When her mother falls ill, she retreats to a mysterious, golden dreamworld, populated by a menagerie of talking books, monkey-birds, giants, sphinxes and terrifyingly menacing cats with human faces. The film is like a Sandman cover come to life; it’s absolutely McKean’s work.

‘A lot of American films feel very sanitized. The studios try too hard to please everyone, and end up pleasing no-one. Otherwise you just end up copying what’s gone before. I agree with William Goldman, who famously said ‘No-one knows anything’. I think what he meant by that is that hindsight is a marvellous thing.’

McKean has made a couple of critically acclaimed short films (The Week Before, 1998; N[eon], 2002) using actors, but this was the first time he’d really engaged with them, rather than treating them as living puppets.

‘I loved it,’ he says. ‘And we’ve got some great performances from a great cast.’

Mirrormask, like Sin City, combines live action with digital animation to create a dazzlingly rich visual environment. It’s especially impressive when you consider the budget, probably in the region of the catering budget on a major Hollywood blockbuster. McKean accentuates the positive:

‘Restrictions can be freeing – you have to think more creatively. I’m an admirer of Lars Von Trier and the Dogme movement. A lot of people thought that the Vow of Chastity was all about the things you can’t do, but for me its liberating: say you can’t use music, you have to think about what you can do instead.’

But the production process was long and arduous. McKean formed his own team of animators, many of them recent graduates, and in a small room in Islington they created the Dark Lands. So, how do you make a film like Mirrormask for $4 million? And how frustrating was it, after another 22 hour day, to think of Neil and his easy life?

‘Well that is the lot of the writer.’ McKean laughs. ‘And Neil was very supportive. He was always on the end of a phone when I rang him in tears. Which is not exactly work, but still…The plus side was, I got to be there and see everything happening, the film coming together. That was very exciting.’

Mirrormask is being hailed as a very British film. McKean agrees:

‘It is a British film, with a very British cast, humour – it’s obviously Brighton.’ But he’s been living and breathing and talking about Mirrormask for so long that it seems almost unreal – as if he’s been working on it ‘for sixteen years’. He’s working on a Broadway musical, and writing something that, if it works, may become the next ‘film by Dave McKean’. I, for one, can’t wait.