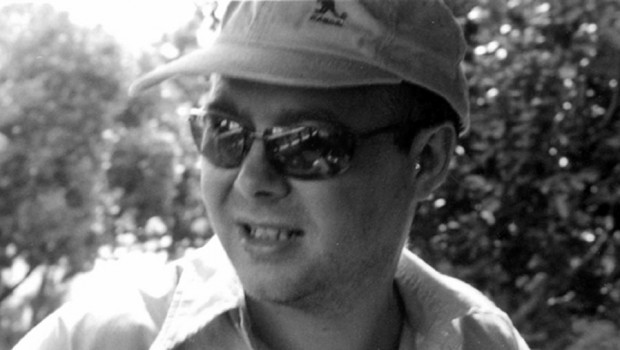 Hush Your Mouth is raw filmmaking, using non and first-time actors and filming in a forgotten part of London – Silvertown, a run-down estate near Surrey Docks. The film follows the story of a 17-year-old Leo trying to solve the murder of his older brother. Described by critics as “adult-hood on crack”, I caught up with director Tom Tyrwhitt to hear how he found working with fresh talent for this crime thriller with a hard hitting critique on UK street life.

Firstly, can you tell me a bit about your background – how did you get into writing and directing?
I started out as an actor at The Old Vic – then I got into editing and cut music docs and promos. I directed someone else’s script for a TV drama and then, when I found I loved it, I needed to find other scripts and the easiest and cheapest person to ask was myself.

What was your inspiration when writing Hush Your Mouth?
Once you start writing seriously you are always cooking up three or four stories at any one time and the idea of a grass as a hero was always in my mind. I wanted to portray some of the hard masculine energy of the men I had grown up with – the guys who taught me to box or work on the river. I think male-to-male relationships are fascinating and it seems that it is quite hard to know how to be a man – what rules to play the game by and even to know what game you are playing. So the central relationship is between a white working class lad of 17-year-old Leo and his friend a black guy Isaiah whom he thinks has killed his brother. This difficult relationship is echoed by the difficult relationship between Isaiah and his father and by Leo’s relationship with Ricky – the actual killer.

Did you draw on any of your own experiences for the film? Do you know Silvertown well yourself?
There is a lot of my experience in this film – I think that is almost always the case – in small things like the dialogue between Leo and Ricky in the boxing gym. I can recall vividly Lennie McLean leaning over me on my first day’s training – I was doing desperate sit-ups really fast and he slowly put his huge ‘little finger’ on my forehead and asked: “Three my way or ten yours – your choice son?” Luckily I chose his way and did three his way.

Silvertown is the kind of place you could drive through and not even know you’ve been there. It has no real beginning or end – I was always told that it was called that because of the Tate and Lyle Factory and silver spoon sugar – total rubbish in fact – it was built by a mister Silver in early Victorian times apparently. That is one of the great things about the place – on a foggy Autumn night you can walk into one of the old pubs and walk back in time to a place which hasn’t changed in a century – even the faces seem to come from a by-gone age.

The story follows a 17-year-old lad who trying to solve the murder of his older brother. Is there a particular message you wanted to convey through the film?
I think I have to resort to the cliché: “You want a send a message – use Western Union.” There are several ideas I want to explore, and feelings I want the audience to share: fear, anger, grief and eventual reconciliation and a sense of peace and hope.

I think of films as a conversation between the film makers and their team of crew and actors and a conversation then between us and the audience who watch it. We listen to the responses as much as we are listened to – hope that makes some sense?!

Why did you choose to work with a range first time actors and non-actors?
The characters were young, 15 to 19 in most cases, so inevitably most of them would be first-timers and I welcome that – it means that they are excited, nervous, on-edge and constantly looking and listening in order to get things right. At its best this can make for electric performances. The non-actors were usually performers in some sense – they had a public part of their lives as undertakers or strippers for example they had to perform and they essentially did what they always do.

What challenges did they present? Were they all at ease working together?
The challenge for me was to create the right situations for a bit of magic to happen and to trust that it would. I don’t always want my actors to be at ease – tension and anxiety and conflict are good ingredients in a movie.

Which of the non-actors stood out and why?
I think anyone who worked with death – the coroner and the undertaker had such a no nonsense attitude to death – they were jokers and great story-tellers and loved winding me and my actors up. Similarly the strippers who were real were amazing – I just don’t think an actress would have been able to give such a scornful look at her punters and have such an amazing physical and psychological control.

Would you recruit a cast with such a broad range of experience again?
Yes absolutely – I will use some of the first-timers again in my next picture. Jessica Jones for example has a great screen presence – she can convey a deep sadness or intense joy with just a few looks and a scrap of my dialogue which is great.

Hush Your Mouth is out now on DVD.