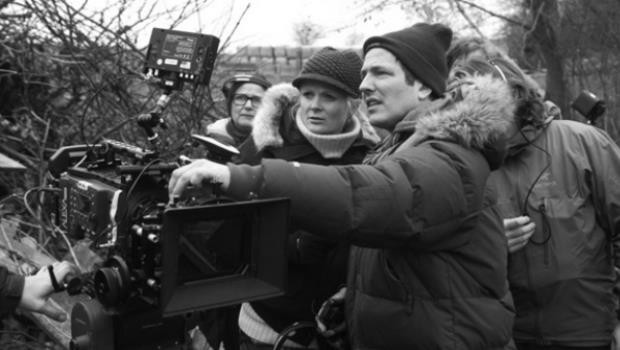 On the last Saturday of every month The Curzon Cinema on Shaftesbury Avenue in London’s West End plays host to the Cinema Extreme event showcasing early short films by famous filmmakers.

Each month four or five shorts, varying in duration, format and quality, are screened together along with a questions and answers session with an industry personality. The event offers a valuable insight into the developing styles of some of the world’s finest filmmakers as they struggled to make their cinematic voices heard early on in their careers.

On the bill were four hugely varied short films, washed down with an informative and highly entertaining Q and A with the British Filmmaker Terence Davies. One of Davies’ shorts, “Death and Transfiguration” (the third part of his renowned autobiographical trilogy) was in the line up, along with “Fierrot Le Pou” an eight minute short by the French director of the superb “La Haine” Mathieu Kassovitz, “Last Round” by Danish Dogme 95 advocate Thomas Vinterberg and Jane “The Piano” Campion’s “Peel: An Exercise in Discipline”.

The Filmmakers and their Shorts

First up, by way of a light introduction was Kassovitzs’ “Fierrot Le Pou” (a basic anagram of a Jean-Luc Godard classic from the 1960’s: “Pierrot Le Fou”) dealing with an awkward guys’ vain attempt to get the attention of a girl through the classic romantic formula of playing basketball??? The film quickly situates a boy and a girl at different ends of a deserted indoor basketball court, where the entirety of the action takes place. The awkward fumblings of the boy (played by Kassovitz himself) who can’t even bounce the ball three times in a row let alone score a basket are juxtaposed with the girls’ slick handling, which leads to a mounting tension enhanced through exchanged glances and smirks. “Fierrot Le Pou” is well shot but not wonderfully stirring stuff, however it is an interesting point of departure from Kassovitz’s later work, which seems to share very little of the frivolity witnessed here. Not exceptionally funny or emotionally engaging “Fierrot le Pou” sheds no real light on the direction Kassovitzs’ dark and compelling feature films would subsequently take, it proves that even very good directors were not always very good, and that there is hope for all of us wannabe’s.

“Last Round”, Thomas Vinterberg‘s award winning thesis film, was a very different affair, much longer (34 minutes), gently paced and more engrossing it opens and closes at an airport, and adopts a circular path cataloguing the final days of a man terminally ill with cancer. The indecisive main protagonist, decides not to board a plane in the opening scene, instead he decides to spend his remaining time with his closest friends on the streets of Copenhagen. He lives for the moment, as if each hour could be his last, and the viewer is never sure that it won’t and this keeps the mood taut. The film was fresh, moving and very funny. Its subject matter, dealing with conventional relationships strained through extreme circumstances, coupled with its “home movie” look, certainly has resonance in Vinterberg’s most prominent feature to date; “Festen”. “Last Round” is a mature short, striving for the complexity of a feature film, and is a clear bridging point between the work of a short filmmaker and an established director.

Jane Campion‘s film had a very grimy, amateurish feel to it that was quite charming. Shot on 16mm, “Peel: An Exercise in Discipline” takes place beside a busy Australian road. We are introduced to a father, son and sister/auntie at the outset of a family dispute that escalates out of control. Campion’s camerawork is fresh and vital. She improvises with some daring and unconventional camera positions that emphasise the cramped confinement of the interior of the car. The parched colour of the print looks a bit washed out and “seventies”, but it adds to claustrophobia and breathlessness of the arid Australian outback. At times the film looked like one of those old safety information films that we were subjected to at school; warning us to look before we crossed the road or to beware of playing with matches, which inevitably conjured up nostalgic feelings. Some of the acting was also rather laboured, but this more than any of the other films on display had the feel of the unfinished article. “Peel: An Exercise in Discipline” lacked polish but exposing a raw talent, willing to be daring and innovative with the medium.

“Death and Transfiguration” is the third part of a key cycle of short films produced in the 1980’s by Liverpudlian filmmaker Terence Davies. Drawing heavily on his own turbulent upbringing, this mesmerising 26-minute short is characteristic of Davies’ autobiographical filmmaking; the scenes and images contained within are presented as a kind of onscreen collection of deeply personal memories which the viewer is encouraged to share in. A middle-aged gay man attempts to cope with the death of his mother, whilst simultaneously an older man (the father, played by old man Steptoe, Wilfred Bramble) lies in a hospital bed in a vegetative state simply waiting for death to release him. These two story strands are merged together through a succession of randomly ordered life events, dealing with loss, sexuality and shame. Images from childhood, sit alongside images existing in the present, the result of which creates a unique filmmaking style, episodic in some ways but strung together through common themes and characters. Davies’ employed this aesthetic in his subsequent feature films: the masterly “Distant Voices, Still Lives”, and “The Long Day Closes”. These texts also deal with the anguish of growing up under the oppressive cloud of family life. His most recent film, “The House of Mirth”, marked Davies’ cessation of pouring out his personal experiences on screen, here he adapted an Edith Wharton novel set in the Nineteenth Century. The film starred Gillian Anderson, of “The X-Files” fame, a series that Davies’ claims he had never seen before casting her in the role.

TERENCE DAVIES: Q AND A

After the films were screened Terence Davies emerged at the front of the cinema radiating enthusiasm, firing out interesting anecdotes in between answering questions from the floor.

In the 45 minutes that followed Davies spoke candidly and insightfully about the content of his films and the attritional process of getting feature films made. He explained that his first film was made for £8000, after he submitted a script to the BFI Production board (sadly the BFI no longer has a production budget) and that his complete lack of knowledge on set (he had been an accountant for 12 YEARS and had never picked up a camera) made him the butt of endless ridicule amongst the crew. As a result he learnt on the job, and explained that trying new methods is the only way to expand your experience: “shoot something and see how it is”.

In outlining his own creative processes Davies’ offered an insight into an extremely esoteric developmental method. Every shot is painstakingly planned and described on paper, at the expense of the traditionally sparse, standard scripting format. He is in possession of a meticulous attention to detail and this certainly came across in the discussion through the animated way in which he presented himself.

Davies seems to feed from his anxiety and constant worrying. A hyper-tense obsession with the subject at hand is intrinsically linked to a self-confessed love for the cinema that started at a young age. Cinema is a conduit for the emancipation of the difficulties in his past. Through pouring out intensely vivid memories onto the screen and making them public, Davies’ is able to partially unburden himself of these problems. Cinema is at once his liberation and his reconciliation.

Davies honestly admits that the films he broke through with in the 1980’s would never have seen the light of day in the current cinematic climate. He shares in the Future Movies belief that the majority of British films made today are simply “sub-American films” without anything important or new to offer to the language of cinema, and that art cinema is essentially dead in the water at the moment.

The fact that he has now broken through still doesn’t mean film financiers hand him a blank cheque. He reserves particular criticism for the American’s and their penchant for “tragedies with happy endings”.

Davies’ words last long in the memory. It is hard not to admire his tenacity and absolute devotion to his craft. What was most impressive however was his outgoing nature, which greatly defied my expectation that he would be an introspective and reticent public speaker. In closing he implored everyone in the audience to refuse compromising at all costs and to always fight every inch of the way in order to deliver something magical. It is clear in both Davies’ personality and in his work that he never lost faith in his own ability to create meaningful cinema.

Future Movies recommends this event to anyone remotely interested in the cinematic arts. For only three quid we gain an insight into the early experimental processes that inform filmmaking across a range of different styles and subjects, illustrated in a collection of extremely rare films. It is also a great opportunity to witness the expansive nature of the short film. Unburdened by narrational beginnings, middles and ends, or even specific meanings, the short film can often be a more immediate expression of ideas and a much purer format. Why not experience the extreme for yourself next time around???

The Extreme Cinema short film showcase takes place on the last Saturday of every month, at the Curzon Cinema, Shaftesbury Avenue, W1.