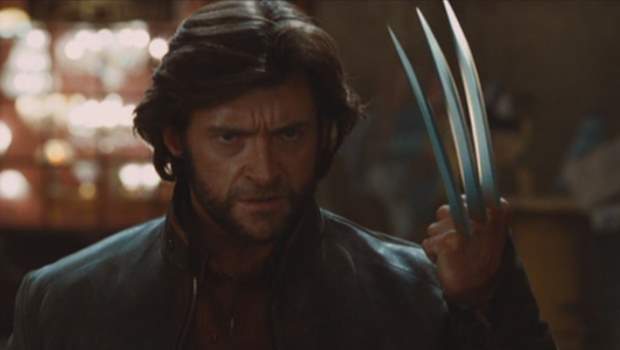 Though hardly the worst X-Men movie – Brett Ratner’s third instalment, The Last Stand, wins that dubious honour – Origins: Wolverine criminally wastes the appeal of the franchise’s most charismatic character, stripping away his enigma for no worthwhile pay-off.

Director Gavin Hood (whose credits include the Oscar-winning Tsotsi) handles the action scenes with brisk efficiency but little flair or real invention. And despite the film’s necessarily lengthy exposition, Wolverine’s back-story seems thinner and less compelling than the Logan-heavy, previous X-Men films had hinted at, regardless of the fact that the film heaps creation myth upon creation myth, from the formation of a mutant black ops unit in Vietnam to the establishment of the X-Men.

Beginning in Canada in 1845, a pre-credit sequence depicts a sickly boy, James Howlet, lying in bed beneath the scornful eye of his friend, Victor Creed. Victor’s father arrives, roaring drunk, leading to an altercation with the Howlets in which James’ father is killed. Enraged, James sprouts bone claws from his knuckles and gores the elder Creed, who explains with his dying breath that James is his son too. The half-brothers flee into the night.

In flicker book style, the credits then whip through scenes of the adult James, now known as Logan (Hugh Jackman) and Victor (Liev Schreiber) fighting in the Civil War, two world wars and Southeast Asia, seemingly impervious to gunfire and beast-like in their ferocity.

After the sabre-toothed Victor beheads their commanding officer in Vietnam and they are condemned to firing squad, they inevitably survive to be approached by William Stryker (Danny Huston, playing a younger version of the character Brian Cox played in X2), who offers them a place on Team X, a black-ops mutant group searching for a mysterious alien metal.

Within this crack unit, Logan’s incredible healing abilities don’t seem all that special. He’s not an exceptional marksman like Zero (Daniel Henney), a teleporter like John Wraith (will.i.am) and he can’t deflect bullets like the sword-wielding Wade Wilson (Ryan Reynolds). Unlike his cohorts though, Logan retains a conscience amidst the blood slaughter and quits the team when Stryker insists upon killing a civilian.

Six years on Logan is living an idyllic life as a lumberjack in the Canadian Rockies with Kayla Silverfox (Lynn Collins), a schoolteacher, but his past is destined to catch up with him.

Hellbent on vengeance, he agrees to Stryker’s suggestion he be injected with adamantium (the mysterious alien metal) and survives the operation to become nigh-on indestructible, taking the name of Wolverine and fleeing the base when he overhears his former boss planning to erase his memory. He then tracks down Wraith to find some answers about the Weapon X programme and how to get to his brother.

The narrative’s central flaw is that mysterious origins aside, Wolverine isn’t really all that interesting. Jackman gives a committed performance and the film is at its best when he and the lupine Schreiber are going at it toe to toe and tooth to claw. Yet neither role asks for much beyond roaring and snarling.

To compensate, the film becomes a superhero variety show, with characters perfunctorily introduced and discarded after their powers have moved the plot on. Reynolds is good value as the wise-cracking, Katana dicing Wilson, aka Deadpool, and it seems he may be rewarded with his own spin-off movie. Yet here’s he’s limited to just one great sequence and a ridiculous cameo at the end.

Similarly, the quintessentially cool character of Gambit (Taylor Kitsch) finally turns up in the franchise but only to fire off one brief, explosive burst of kinetic energy before becoming Wolverine’s pilot, escorting him to Stryker’s hideaway.

Don’t even get me started on the creepy, awkwardly rendered appearance of Patrick Stewart as a younger Professor X. The best you can say about this unnecessary scene is that it doesn’t spoil an already dull, anti-climatic ending.