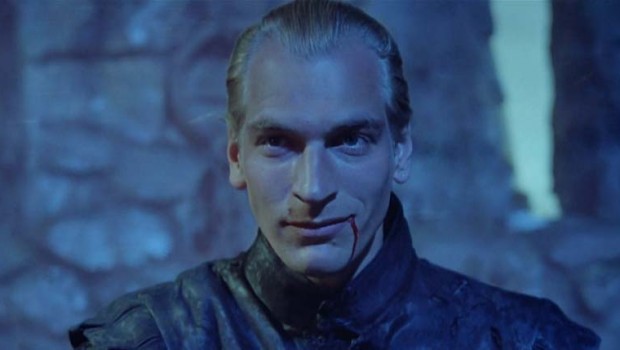 Summary: A nice blend of mischievous humour and all-out menace.

Made in 1988, though not released in the US until 1991 due to the collapse of New World Pictures, this jokey, hokey tale sees a 17th century warlock (Sands) call upon the Devil to help him escape execution. Trusty Satan doesn’t let him down, and whisks the necromancer off to late-80s LA where he sets about chopping off fingers and plucking out eyes in his search for pages of the black magic bible, the Grand Grimoire. Luckily for us, he’s pursued by the witch-hunter Giles Redferne (Grant) – a shaggy-haired, Scots-accented hero wrapped up in a mean fur coat. Redferne joins forces with Kassandra (Singer), a waitress who’s been cursed with an aging spell, to put a stop to the warlock’s reign of terror…

The script (written by David Twohy, who went on to direct Pitch Black) takes obvious inspiration from other time-travelling fantasies such as Highlander, Time After Time and The Terminator, and Twohy and Miner refashion these elements in the form of a fast-paced magic-themed chase movie. Grant and the wackily-dressed Singer have a nice chemistry, but it’s the darker moments that are the most fun: the warlock thinks nothing of biting out a man’s tongue and spitting it into a frying pan or engaging a young boy in chit-chat before drinking his fat in a witchy ritual. Apparently, the eye-gouging scene (featuring Warhol alumnus Mary Woronov as a channeler) was originally a gorier affair – it’s disappointing that the exorcised material isn’t included here.

There’s little denying that Warlock is more silly than it is frightening (though it’s nowhere near as pleasingly ridiculous as Highlander) and the story doesn’t contain much in the way of surprises. But its great leads ensure it’s never less than watchable: Richard E. Grant gets to play action hero for a change, while Julian Sands lends the warlock a nice blend of mischievous humour and all-out menace.

When it eventually gained a release, Warlock was popular enough to spawn a 1993 sequel, Warlock: Armageddon, though it pretty much ignored the events of the first film.