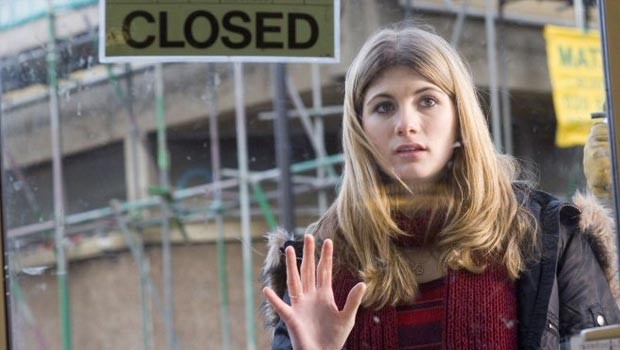 Summary: The love-for-life story eventually comes across as a grown up elegy to Eastenders rather than the poignant witness to an unrequited love it should be.

That Peter O’Toole’s days as Hollywood royalty are behind him has never been more than a passing comment one would throw whilst remembering his many memorable roles, the most remarkable being his winning turn as the conflicted and enigmatic T.E. Lawrence in David Lean’s epic masterpiece “Lawrence of Arabia”, to name but one.

Yet with Venus, Roger Mitchell’s warm-hearted comedy based on an original screenplay by Hanif Kureishi, not only has O’Toole turned in what could easily stand as one of the performances of his career, but also managed to land himself another – his eight, in fact – Oscar nomination for his role as Maurice, an ageing actor long past his prime, who falls for a beautiful, albeit foul mouthed, adolescent.

Maurice’s idle time is spent reminescing about the good old days and throwing chirpy jokes at best mate Ian (Leslie Phillips), a fellow actor himself. The seeming dullness of their everyday encounters is soon to take an unexpected turn with the visit of Ian’s grand-niece, the less-than-mannered Jamie, a crude, undereducated Yorkshire teenager with glamorous dreams of a Hollywood lifestyle in her mind but the reality of having to tend for her great-uncle thrown at her. Which she clearly doesn’t do. Instead, she slowly builds a courting cross-generational relationship with Maurice which soon blossoms into a honest, fully fledged friendship that recalls Sofia Coppola’s “Lost In Translation” in many ways.

So what to make of a film that’s at the brink of becoming better remembered for its central performance rather than the story it is about? Not much really. Venus is the kind of cross-generational love story Hollywood seems to have stopped making years ago, a subtle nod to the kind of understated, Woody Allensque romances that are rare to come by nowadays.

Unfortunately, for all its good intentions, the rest of the film has a tough time sustaining the weight of O’Toole’s towering performance. It is a disappointment then, that the story is the kind of love-for-life clichéd pastiche that will go down well on a Sunday afternoon in between washing the dishes, reading the weekend papers and nodding off.

Played by Jodie Whitaker with the right amount of young-girl-from-the-suburbs naivety you’d expect, Jamie is all seductive whispers, flirty smiles and a mouth as filthy as a bag of rats on the London underground – a complete opposite to O’Toole’s composed, self-aware, age-bitten Maurice. That Maurice is a direct reflection of O’Toole would come as no surprise, and it makes the film all the more poignant.

All that said, there is something decidedly un-chaste about Maurice and Jessie’s relationship, their afternoon shopping trips and coffee encounters, yet the execution comes off as mushy at times. The love-for-life story eventually comes across as a grown up elegy to Eastenders rather than the poignant witness to an unrequited love it should be. Never mind the great performances or the fair script, Venus is a good but never great. As far as British films go, it is unlikely to leave a noticeable dent anywhere but (whisper it) on O’Toole’s awards list.