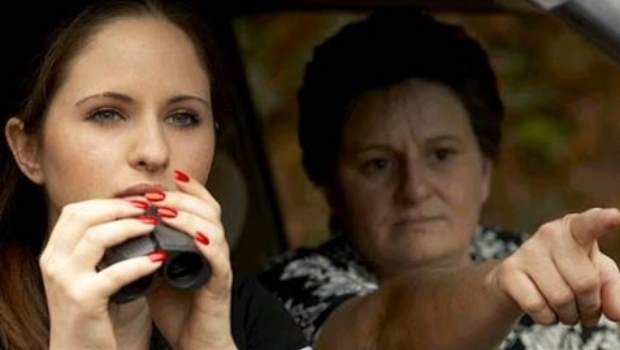 This Film Is Not Yet Rated Review

Summary: This is solid, enjoyable and important stuff.

There must be something wrong with the cultural state of America when heads being blown up midway through a movie or bodies being splattered and ripped to pieces by bullets and guns are considered acceptable fixtures on primetime television, whereas the mere sight of a purple thong or an uncovered female nipple causes the kind of furore that would auto-annihilate a small nation.

Academy Award nominee Kirby Dick’s new documentary, perhaps somewhat gimmickly titled “This Film Is Not Yet Rated”, addresses this very issue. Riding on the wave of what seems like a renaissance in anti-establishment docu-features, “This Film Is Not Yet Rated” succeeds where many would fail: it manages to convey a sense of importance that extends from its mere premise and exudes relevance long after the closing credits have rolled.

The Motion Picture Association of America, that mysteriously secretive organisation that has, for more than 30 years, assumed the role of dubious cultural arbiter by laundering the minds of the Americans whilst educating them in distinguishing the “filthy” from the “prudish” has never before been so publicly stormed at. Here, Dick takes no chances, the expletive offensive he fires at the MPAA being short of debauching, if a little soggy at times.

By hiring a private detective, Dick sets out to unveil the supposedly “secret” names of the members of the MPAA ratings board in an attempt to uncover the dubious inner workings and hypochrisy of an organisation that has, unlike any other, for so long been cloaked in complete secrecy with no one making so much as a hushed reproach.

That said, This Film Is Not Yet Rated is not as much a documentary as it is an investigative video exposé, and a rather accomplished one at that. Where the film succeeds, it does so with proud self-regard: both entertaining and important, its interview-style approach awards it a sense of perturbing relevance that extends far beyond its restricted market appeal. Yet, there is fear some of Dick’s ambitions risk falling flat. His guerrilla approach occasionally precludes him from a wider frame of vision, and any intimations of such a systems’ wider cultural consequences are merely glossed over.

After Morgans Spurlock’s “Super Size Me” and Alex Gibney’s “Enron: The Smartest Guys In The Room”, it was perhaps inevitable an attack on a shadowy organisation as the MPAA would see the light of day in film form. Even despite not asking as many questions as it should and answering even fewer of them, this is solid, enjoyable and important stuff.