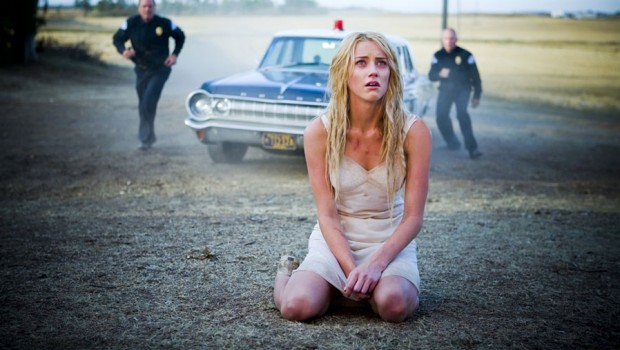 Summary: The Adjustment Bureau offers an interesting sci-fi premise that will intrigue in its metaphysical nature, yet that intrigue is not repaid as the move becomes a glossy, effects-driven love story.

John Carpenter went through a period in the late 1970s and early 1980s where he made a string of successful films such as Escape From New York, The Thing and Halloween, which are now considered cult classics. But since those heady days, his star has slowly faded to the point that in the last ten years no one has really noticed that he hasn’t made a film at all.

Carpenter’s last effort was the rather ridiculous Ghosts Of Mars, released in 2001, which saw humans settling on Mars only to be attacked by long-dormant martians, so it was with some relief when it was announced that Carpenter would return to his roots with a classical horror set in a hospital ward in the 1960s.

The audience at the Sitges genre film festival in Spain was certainly excited by the prospect of a new horror from the “master of menace”. So much so, in fact, that the appearance of his name in the opening credits was greeted with a load cheer.
So was it worth the wait?…

…Unfortunately not. The film drags out every horror cliché in the book from scary ghosts to screaming young girls, via sadistic doctors and nurses, and the obligatory loud screeching violin music cranked up at the moments when you’re supposed to jump from your seat with fright. Instead, it induced some to jump from their seats and leave the auditorium in disgust.

The threadbare plot sees a youngish blonde girl picked up by the police half naked in a forest and brought to a mental hospital where she is treated by stern nurses and a doctor hell bent on experimentation.

The girl’s name is Kristen (Amber Heard) and from the moment she arrives in her ward she is determined to escape, with the assistance of her fellow young (attractive) female patients. Unfortunately, her attempts are blocked by a deranged ghost and a calm, but creepy doctor determined to get to the bottom of Kristen’s repressed issues.

The final twist at the end is actually quite inventive, but the awful, cheese laden script and wooden, one dimensional acting until that point mean that instead of walking out of the cinema saying “what a clever ending”, the audience headed for the door sighing.

Modern horror film makers are looking to push new boundaries with the genre, such as using handheld cameras in movies like The Blair Witch Project and the [Rec] franchise, or turning the vampire films on their head with Let The Right One In, and so having past masters produce clunky, dated horrors just seems out of place and mildly irritating.

I’m not sure we can expect much from Carpenter’s next project either, titled L.A. Gothic, about a vengeful ex-priest’s efforts to protect his teenage daughter from the supernatural evils of L.A.’s dark side.