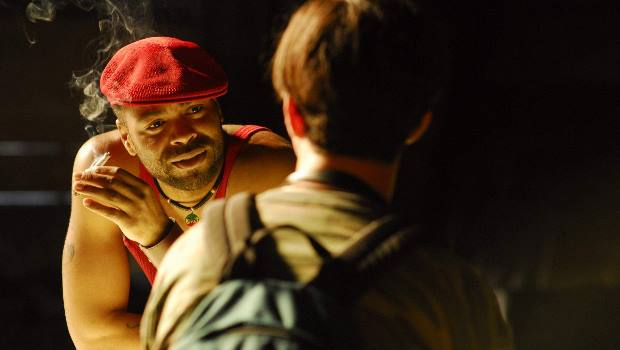 Summary: Dragged down by painfully languorous pacing and an irritatingly whiney performance from Peck.

The big idea of Jonathan Levine’s new comedy is that it’s set in New York in 1994, but while references to Boyz II Men and Forrest Gump raise a nostalgic smile, behind the period trappings lies a largely dull coming-of-age story. Ben Kingsley plays Dr. Jeffrey Squires, a well-off Manhattan therapist with a penchant for bong hits, a rapidly deteriorating marriage and a very un-Ben Kingsley shock of scruffy hair. Josh Peck is Luke, the graduating school kid with whom Squires shares a special arrangement; free therapy sessions in return for a steady supply of pot.

The plot, loose as it is, follows this unlikely pairing through the summer of ’94, as Squires tries to figure out whether his life is still worth living, Luke tries to hook up with Squires’ out-of-his-league stepdaughter Stephanie (Olivia Thirlby), and they both learn valuable life lessons from each other. It should be fun, inconsequential stuff, but is dragged down by painfully languorous pacing and an irritatingly whiney performance from Peck. While there are a few very funny comedy moments – one involving Squires’ Nike Air is particularly great – they don’t succeed in lifting the film out of its self-imposed stupor.

Kingsley, undoubtedly one of the most prolific high-profile actors currently working (look him up on IMDB and you’ll find him listed in no less than eight movies for this year alone), has earned reasonably high praise from some quarters for this performance, but it’s really nothing more than stunt casting, a novelty turn that lacks substance beyond its initial shock value. His Squires is too much of a put on character, and while the sight of the former Ghandi with unkempt silver locks and a spaced-out expression is fun for a while, the film never shakes the sense that Levine is continually pointing at the character saying “hey, check out what I’m getting Ben Kingsley to do! Isn’t it crazy!”

The film’s title comes from Thirlby’s character Stephanie, in a moment when she decides to tell Luke what his problem is: “you don’t see the dopeness, you just see the wackness”. Unfortunately, as far as this movie is concerned, there isn’t a lot of dopeness to be found.