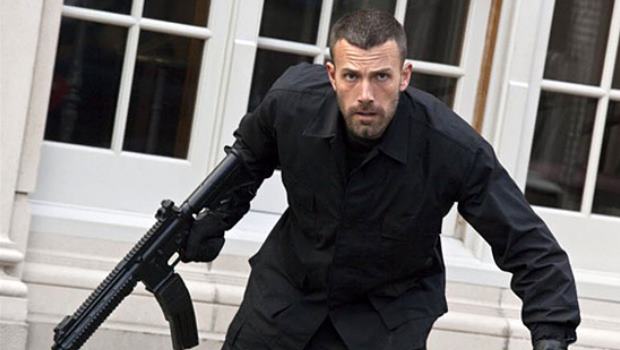 Summary: The story’s neat conclusion is also disappointing after such a satisfyingly complex character study, and makes one wonder where Affleck and his co-writers Peter Craig and Aaron Stockard might have taken things had they been free from studio restraints.

Ben Affleck’s 2007 directorial debut Gone Baby Gone was both a brilliant thriller and an authentic representation of the Boston neighbourhood that Affleck knows; it was keenly-observed and morally complex – the polar opposite of many of his prior appearances in front of the camera (Surviving Christmas, anyone?) – but it was criminally underseen here in the UK. This was partly due to its delayed release (its ‘missing girl’ plot was similar to the Madeleine McCann case), and partly because its toplining star, Affleck’s little bro Casey, is not as big a box-office draw as his older brother, despite being arguably the better actor.

So Affleck has ensured his second offering will be harder for audiences to ignore, putting himself front and centre and enrolling one of the most recognisable men on TV, Mad Men’s Jon Hamm, as his opposite. It’s worked in the US, where The Town is currently top of the box office, and piling up the positive critical notices. And while this story of Boston bank robbers isn’t quite up to the standard of his debut, it’s still a great crime drama full of superbly-realised characters, and confirms that Ben Affleck, director, is here to stay.

As with Gone Baby Gone, The Town is based on a novel (Prince of Thieves by Chuck Hogan), and focuses on characters in a particular Boston district. As the film begins, title quotes inform us that Charlestown has produced more bank-robbers than any other city in the world, that robbing banks is a way of life in Charlestown, and that the man who tries to break the mould will have troubles indeed. The story that follows essentially dramatises and fleshes out those statements in the character of Doug MacRay (Affleck), a local who could have had a career as a professional ice hockey player but for a few bad choices, and so instead applies himself, very successfully, to bank robbery.

MacRay’s best friend and partner-in-crime Jim (The Hurt Locker’s Jeremy Renner, on electrifying form) is the chaotic opposite to Doug’s carefully composed calm, and during the exceptionally well-crafted robbery that kicks off the movie Jim spontaneously takes a hostage; bank manager Claire (Rebecca Hall). They release her unharmed, but on discovering she lives in their neighbourhood sense the possibility of being caught. Meanwhile FBI agent Adam Frawley (Hamm) is putting the pieces together and closing in on MacRay’s gang. MacRay contrives to meet and befriend Claire, with a view to discovering the likelihood of her identifying them, but a connection immediately sparks between them, and he starts to imagine that she may represent a last chance for him to get out of Charlestown and start afresh.

One of the things that was so surprising and impressive about Gone Baby Gone was Affleck’s clearly-conveyed interest in ordinary people living their lives, and this again comes through in The Town. Affleck demonstrates his filmmaking muscle with an incredibly gripping action sequence in the middle of the film, but for the greater part of the running time he focuses on the subtler dramas, the choices his characters have to make and, as one character puts it, “the price we have to pay”. This is obviously central to the characterisation of MacRay – Affleck’s best performance in years, by the way – but it also underpins Hamm’s excellent portrayal of Frawley, who subtly develops from the straight-up ‘good guy’ agent into a more complicated character with agendas of his own.

The downside is that Affleck doesn’t keep a tight reign on bringing these dramas together in the film as a whole; the plot has a fair amount of ragged edges and unresolved aspects, suggesting that some hefty cutting may have gone on to keep the finished film around the 2-hour mark (Blake Lively’s character feels particularly underdeveloped). The story’s neat conclusion is also disappointing after such a satisfyingly complex character study, and makes one wonder where Affleck and his co-writers Peter Craig and Aaron Stockard might have taken things had they been free from studio restraints.

The cast can’t be faulted though, and judged on performances alone, The Town is one of the best studio films of the year. And just as in Gone Baby Gone, Affleck ices the cake with a pair of dramatic heavyweights in small but vital roles, and Chris Cooper and Pete Postlethwaite make the same kind of impact here that Morgan Freeman and Ed Harris did in his former film. Cooper in particular makes a powerful impression in his single-scene appearance, offering an image of a possible dark future for MacRay that doesn’t fade easily from memory.