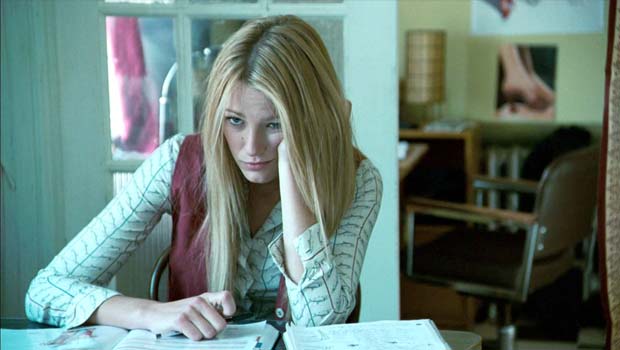 Summary: For the most part the film plods along inconsequentially.

Everywhere you look in Rebecca Miller’s new film there’s another big star turning up as an idiosyncratic character. Look, there’s Winona Ryder as a beautiful but insecure singleton! And isn’t that Julianne Moore playing a boho lesbian photographer? Hey, there’s Keanu Reeves, ideally cast as the “half-baked son”, as one character calls him, of Pippa Lee’s neighbours! Who’s that fiery Italian siren? Why it’s Monica Bellucci! You get the idea. The question then, is why, even with all these starry stars and juicy characters, is The Private Lives of Pippa Lee so boring?

It’s certainly no fault of Robin Wright Penn, who is great in her first leading role for years as the titular Pippa. Equally good is Gossip Girl star Blake Lively, who plays Pippa’s younger self in the flashbacks that form a large portion of the film. No, the problem is that writer/director Miller doesn’t have much of a story to tell; even though this film is based on her own novel, there seems to be nothing of substance beneath its glossy surface.

The film opens on a scene of seeming social and domestic bliss, as Pippa plays the perfect host to her and her much older publisher husband (Alan Arkin)’s friends. Pippa is toasted as “the perfect woman” by one character, but her voiceover soon comes in to inform us that all is not so well in her world; in fact she is sensing her life beginning to unravel in ways she can’t quite understand. Miller swiftly flashes back to Pippa’s turbulent upbringing, setting up the past and present scenarios that she will continue to alternate between for the duration of the film.

In this way Miller sets out, as her title suggests, to investigate this character and the secret ways in which she has become the person she is today. But while she offers up a handful of diverting incidents that make up Pippa’s ‘private lives’, none of the scenes ring true in a way that actually connects with life as lived by the average person. A few scenes contain dialogue that verges on insightful – as when Pippa has a particularly frank discussion about marriage with Ryder’s character – but for the most part the film plods along inconsequentially.

Towards the film’s conclusion Miller’s script develops a little more edge, and it more obviously becomes a comedy. But if the intention is to skewer contemporary suburban Americans then it is not nearly sharp or focused enough, paling in comparison to American Beauty, or the more stylised but equally scathing Royal Tenenbaums. All told, it would have been better if Pippa Lee’s lives had remained private.