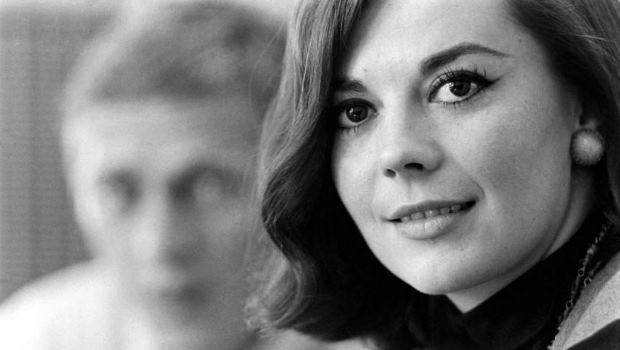 Summary: Overall it’s no classic collection, but with five of these six films making their first appearance on DVD it’s a must for Natalie Wood fans.

Despite a career in movies that spanned 40 years and earned her three Oscar nominations and three Golden Globe wins, Natalie Wood has never been elevated to the iconic status of her similarly gorgeous contemporaries Audrey Hepburn, Marilyn Monroe et al. While none of the six films in this collection can rival the classics from those actresses’ resumes, this set reveals Wood as an actress of considerable talent and worthy of investigation for any fan of classic Hollywood.

Having first gained attention as a child star, appearing in twenty films before she turned 16, it was Wood’s 1955 performance opposite James Dean in Rebel Without A Cause that established her as a serious adult actress. The films in this collection all come from the decade that followed, certainly Wood’s most critically and commercially successful period, making this set a great primer for anyone keen to find out more about her.

The pick of the bunch is Elia Kazan’s Splendour in the Grass (1961), stunningly restored for its DVD debut here. Wood plays Deanie Loomis, a teenage girl struggling to cope with her growing sexual desire in repressed 1928 Kansas, and the role showcases the very best of her talents. Her ability to appear childishly naive one moment and all-too-worldly the next is harnessed by Kazan to emphasise his film’s dark undercurrents. While some of the writing hammers the themes home a touch harder than necessary, the On The Waterfront director’s eye for a strikingly-framed image is always dead on. And as a study of attitudes towards women in ‘20s America Splendour in the Grass makes a fascinating companion piece to Clint Eastwood’s equally disturbing recent film Changeling.

Wood’s childlike face seems to have been the key reason for much of her casting, as in Inside Daisy Clover (1965), the behind-the-scenes Hollywood drama in which she plays 15-year old Daisy, plucked from trailer-park obscurity by Svengali-like studio head Christopher Plummer to become a movie sensation, only to go spectacularly off the rails. Boasting a tomboy haircut and a sharp tongue, Wood plays effectively against her image, but the film is overlong and only sporadically engaging. Still, a great ending and a pre-stardom appearance from Robert Redford make it worth a look.

She plays a part 10 years her junior again in Gypsy (1962), a big-budget musical about the early life of infamous stripper Gypsy Rose Lee. The Sondheim-scored extravaganza was nominated for 3 Oscars in its day but fails to impress in a modern context. Like Splendour… Gypsy has been lovingly restored for this release, but pretty colours can’t cover up how slow and uneventful the story is. It runs for well over two hours and all the best songs and scenes are in the last 40 minutes, so my advice, in the words of Tim from Spaced, is “skip to the end!”

Sex and the Single Girl (1964) sees Wood successfully tackling a more comedic role, and there’s plenty of fun to be had as her headline-grabbing sex researcher is unwittingly seduced by sleazy hack journalist Tony Curtis. It’s very silly stuff, but Curtis gets some hilarious lines and there’s a great running gag referencing his Some Like it Hot co-star Jack Lemmon; only a farcical chase sequence at the end spoils things somewhat.

The set is completed by so-so romantic drama Cash McCall (1960) and forgettable Air Force propaganda pic Bombers B-52 (1957). Overall it’s no classic collection, but with five of these six films making their first appearance on DVD it’s a must for Natalie Wood fans, and a good starting point for the uninitiated.

Disappointingly, none of the discs have any documentaries or further insights into Wood’s screen canon. Trailers, a few deleted musical numbers on Gypsy and, bizarrely, various Warner Brothers cartoon shorts is all you get.