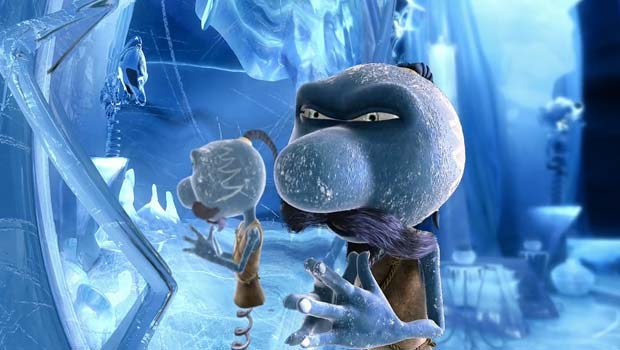 Summary: The animation is quite lovely, and Dougal’s long coat stands up to anything in The Incredibles.

Anyone who remembers the original Magic Roundabout might have been surprised to see that a feature film was in the works. The surreal tv series was a five minute format in which Dougal (Williams) the dog sought sugar, Dylan (Nighy) the guitar-playing stoner rabbit fell asleep, Brian (Broadbent) the snail, Ermintrude (Lumley) the cow and Florence (Minogue) all hung around randomly and then Zebedee (McKellan), a weird moustachioed thing on a spring, bounced in and announced that it was time for bed. And then there was the little known earlier feature spin-off, ‘Dougal and the Blue Cat’ (if anyone has a copy I’ll buy it!).

Well some savvy marketer has done their work and realised that, in Britain at least, The Magic Roundabout has almost universal appeal – nostalgia for Generation X, and for their parents who used to rush home from work to catch it in its 5.55 slot on BBC 1. Kylie and Robbie are there to appeal to the kiddies while their elders lend gravitas to the proceedings and reassure the parental generation.

But is it any good?

Clearly, the five minute plot-free format could not be adapted even to a very short feature so the script goes back to that eternal crowd-pleaser, the quest. Dougal is still a sugar addict and in his desperate search for sweets smashes into The Magic Roundabout on a tricycle. From the wreckage emerges Zeebad (Baker), Zebedee’s arch-enemy. In ancient times Zebedee fought Zeebad and imprisoned him within the roundabout; free again, Zeebad wants to destroy the world, freezing the sun and plunging the earth into darkness, and his first act of wickedness is to trap Florence in the roundabout behind a wall of ice. 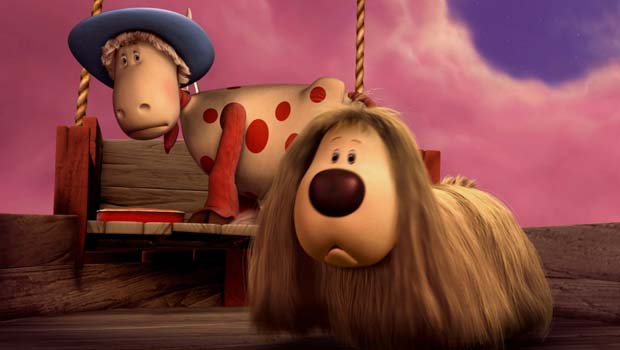 Zeebad needs the One Ring, I mean, the three magic diamonds to secure his frozen future. Zebedee sends Dougal, Ermintrude, Brian and Dylan, with the help of a magic Train (Evans), to find the diamonds while he stays behind to guard the roundabout. The friends blame Dougal and send him to coventry, leaving him on watch while they sleep. In the morning, Dougal has vanished. Can they save Dougal, find the diamonds, stop Zeebad, and get home in time for bed?

The Magic Roundabout is surprisingly enjoyable. The narrative is not terribly original and while the script borrows heavily from The Lord of The Rings and Indiana Jones, with Ian McKellan’s mellifluous tones lending his lines that Tolkienesque feeling. (I kept expecting him to call Dougal Frodo by mistake.) Zeebad and Zebedee’s stand-off seems to deliberately echo Gandalf’s fight with the Balrog while the first diamond is found in a vast subterranean temple guarded by immortal sketetons that has elements of both Indiana Jones and The Mummy, but all done in a very British, self-deprecating and amusing way. Brian the snail dodges the arrows and spears, not through derring-do but simply by being low and slow. Lots of jokes, aimed at adults, are made about public transport and grass.

The cast are all uniformly excellent with the only real disappointment being Kylie – because Florence spends most of the film imprisoned in ice, she hardly has anything to do. Robbie Williams manages not to be too annoying – it helps that Dougal is really cute – while Joanna Lumley has lots of fun as Ermintrude, the opera singing bovine diva and Bill Nighy is perfectly cast as Dylan, all stoner philosophy and ‘give peace a chance, man’ until forced to defend himself with some Matrix-style moves. The animation is quite lovely, and Dougal’s long coat stands up to anything in The Incredibles.

Which is very high praise indeed.