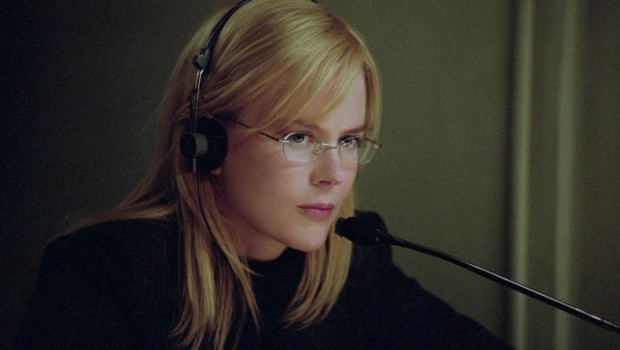 The Interpreter is the latest attempt to update the assassination/conspiracy sub-genre that flourished in the 70s. But in place of the bleak political worldview of The Parallax View we’re offered a slick, anodyne thriller that fearlessly endeavours to disguise its blandness with an over-talky script and some grainy visuals.

Here the conspiracy centres on a plot to assassinate the brutal president of an (invented) African nation as he gives a speech at the UN General Assembly in New York. When interpreter Silvia Broome (Kidman) overhears whispering about said plot late one night, she finds her life plunged into grave danger. Secret service agent Tobin Keller (Penn) doesn’t trust her story and suspects Silvia of having ulterior motives for her claims. But as events unfold he’s forced to take the case more seriously and battles to get to the murky truth behind the conspiracy.

In the acting stakes Kidman tries hard but never entirely convinces. She lacks the air of somebody that has undergone an eventful, traumatic life and she can’t quite master the knack of undertaking a new accent with the same immediate credibility as somebody like Meryl Streep. Penn, on the other hand, does his usual leathery-browed intense turn that is still a joy to watch however many times you see him take on similar roles (it’s a safe bet that Shanghai Surprise 2 won’t be on the cards in the near future), while Catherine Keener is entirely wasted as his partner. But none of this really matters when the characters just are just so dull. The film seems to consider the old cliché of the cop mourning his dead wife as compensation for any other hint of characterisation (though it does lead to a few desperately contrived speeches linking it to age-old African customs), while the lack of anything else interesting in Silvia’s life makes her vague political skeletons less than intriguing.

Meanwhile plot-wise the surprise is, well, there is no surprise. All of the ‘revelations’ are entirely predictable to even the most inattentive of viewer, though the movie still treats itself to a highly implausible finale (again, don’t expect any Parallax View/The Conservation style bleakness here). The imaginary African nation in question seems mainly used as an excuse to leave out any kind of political commentary, but even as a basic genre thriller The Interpreter simply fails to excite.

There are admittedly couple of tense sequences (a bus bomb, a hitman stalking Kidman’s apartment) and director Sydney Pollack is too much of an old hand for this to be anything less than professionally made. But no one goes to see a film because it’s ‘professional’ and it’s hardly the same as being edgy, exciting or daring – and The Interpreter is none of these things. With a mundane script a deathly dull characters The Interpreter is a rather large disappointment.