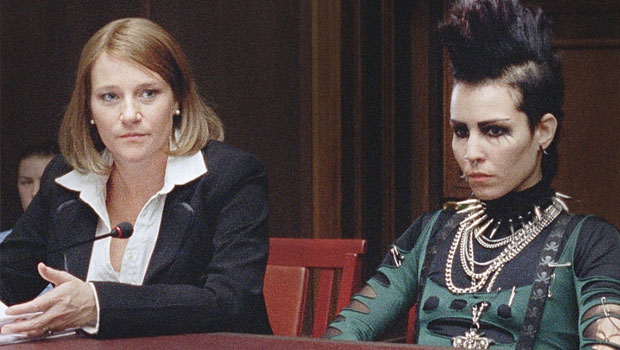 The Girl Who Kicked the Hornet’s Nest Review

Summary: It is particularly disappointing that Alfredson drops the ball so significantly in this trilogy’s conclusion

When we last saw Lisbeth Salander (Noomi Rapace), aka the Girl with the Dragon Tattoo, she was recovering in a beaten and bloodied pile, having barely survived being buried alive and shot in the head by her father and her nine-foot, man-machine half-brother who can feel no pain. Not exactly a typical family reunion, then, but as we know from Lisbeth’s backstory, which has gradually become the focus of the Millennium trilogy over the course of the first two films, such treatment is like a walk in the park compared to the various ways in which men have used and abused her over her relatively short life so far.

So ended The Girl Who Played with Fire, a second instalment that felt very much like a necessarily exposition-heavy middle segment that was paving the way for a killer third part that would tie together the various story strands in a thrilling finale. At least that was the hope. Unfortunately the reality is that returning director Daniel Alfredson’s closing chapter is easily the weakest and least satisfying of the three films, lacking significant thrills and criminally denying one of the best characters in recent cinema the final flourish she deserves.

Alfredson’s first mistake is to begin immediately where the last film left off, meaning Lisbeth spends the first hour of the story lying in a hospital bed while Mikael Blomkvist (Michael Nyqvist, dour and stony-faced as ever), investigative journalist and Lisbeth’s one-time lover, tries to get to the bottom of the shady political goings-on that Lisbeth seems somehow wrapped up in. As with much of the film’s content, this may have made for riveting reading – certainly, the books’ colossal sales suggest the trilogy’s late author Stieg Larsson was doing something right – but onscreen it makes for lots of talk about… well, it’s quite hard to say what. This is the other major problem with Hornet’s Nest; rather than bringing the themes and plots of the first two films into a coherent and compelling conclusion, Alfredson delivers scene after scene of exposition-heavy conversations, and still he fails to make it clear just how Lisbeth’s life and general mistreatment by men connects to the wider political corruption story of the trilogy.

The film gains focus considerably when Lisbeth is brought to trial, in full gothed-up, Mohican-tastic glory, to answer the various charges against her. But even this section, which should be the high point of the series, lacks excitement, and depends on the replaying of the unforgettable sexual assault footage from the first film for its most powerful moment.

It is particularly disappointing that Alfredson drops the ball so significantly in this trilogy’s conclusion, as Larsson’s overt aims, to call out misogynistic men who presume they can control and subdue women, deserve a more defiant final shout. Similarly, the character of Lisbeth Salander is such a brilliant and compelling creation, and Rapace’s stunning performance so consistently perfect, that she deserves a more glorious cinematic final curtain than the few fleeting moments wielding a nail-gun that this film permits her.