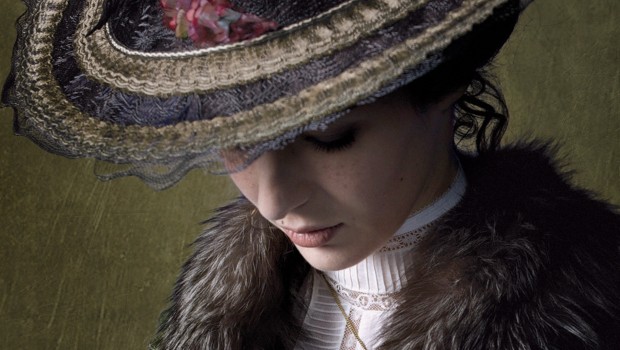 Summary: Some of the wackiness is hard to take, but this is a lively comic fantasy with a strong, engaging heroine.

First, a word of caution: Luc Besson’s latest lays on the whimsy with a thick spoon. If the upbeat eccentricity of Amelie, Big Fish or Pushing Daisies made you reach for the sick bag, it might be best to steer clear of The Extraordinary Adventures of Adèle Blanc-Sec; for here is a film that walks a permanent tightrope between charming and cloying.

The meandering story begins a little like a Gallic take on The Mummy, as novelist and adventurer Adèle Blanc-Sec (Bourgoin) heads out to booby-trapped tombs in Egypt to track down the Pharaoh’s mummified doctor, before the action shifts back to pre-WWI Paris for a jovial runaround about a fugitive pterodactyl that has hatched from an egg in the Louvre.

If Adèle Blanc-Sec feels like a live action comic book, that’s probably because it is; Besson has said he’s long wanted to make a movie of Jacques Tardi’s popular series. But what worked in comic book form doesn’t always translate easily to the screen, and the cartoonish supporting performers (including Gilles Lellouche’s gluttonous inspector and Jean-Paul Rouve’s great game hunter) and unsubtle gags (there’s an interminable sequence in which Adele disguises herself to spring Esperandieu from jail) are pitched a little too OTT to generate many guffaws. In fact, the whole thing is often reminiscent of a children’s sitcom, only with an adult cast and – in the language of the BBFC – “mild nudity and violence”.

Thankfully there’s a wonderfully refreshing action heroine at the heart of all this. Quick-witted, forthright, fancily dressed and prone to the odd grump, Adele is a terrific creation, and an endearing Bourgoin lends the character a down-to-earth charm, whether she’s outsmarting baddies (including Mathieu Amalric under a mountain of prosthetics) or fending off the attentions of nervy museum curator Zborowski (an appealing Giraud).

Luc Besson has had a pretty unpredictable career in recent years, moving from the hip ultra-stylisation of The Big Blue and Leon to penning ultra-violent actioners (District 13, Unleashed, Taken) to directing the awful Arthur and the Invisibles kiddie flicks. This is Besson’s strongest movie since The Fifth Element (which, admittedly, isn’t saying much), and he keeps the loose narrative chugging along with style and verve, presenting us with a larger-than-life, vibrant vision of 1911 Paris.

The ending suggests Besson hopes this will be the start of a long franchise; if he can rein in the whimsy a tad, that may not be such a bad thing.