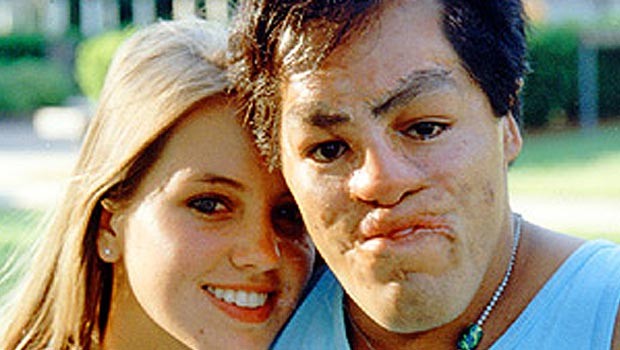 Summary: The Boy David Story is a remarkable film that almost eclipses its flaws through sheer emotional force.

A compressed retelling of six award-winning documentary films shot between 1980 and 1999, The Boy David Story travels between Peru, Spain, Scotland and the USA to recount the life of David Lopez Jackson – a baby abandoned in the Amazonian jungle of Peru suffering horrific facial disfigurement.

Effectively kidnapped from a pauper’s hospital in Lima by Swiss charity worker Martine Schopfer, David is introduced to Scottish plastic surgeon Ian Jackson, who then undertakes a series of groundbreaking procedures to reconstruct David’s face. Having relocated to America, Jackson and his family decide to adopt the boy but encounter a nightmare of red tape which forces Marjorie Jackson to venture deep into the Peruvian jungle to find David’s biological parents.

An incredible tale that captures the heights of humanity’s capacity for love and compassion, David’s story is nevertheless let down by the 1980s’ style production values and an insistence on schmaltz when the footage often speaks for itself. Interviews with Ian Jackson where he explains the torment of repeatedly causing his own child pain are almost unbearably poignant, and the scene where a mature David is reunited with Schopfer are electrifying, but the film is repeatedly neutered by its limp score and a reluctance to talk to David before his late teens.

If you saw the original documentaries produced by the late Desmond Wilcox, you may not find much in the added 20 minutes and Dougray Scott voiceover to entice you to the cinema, but if not, The Boy David Story is a remarkable film that almost eclipses its flaws through sheer emotional force.

Alternative views:
“Instead it concentrates on the more visceral, and less controversial, interpretation of the story as a testament to the triumph of the human spirit. This makes for a remarkable, but ultimately unsatisfying film.”
BBC Gloucestershire Films – The Boy David Story