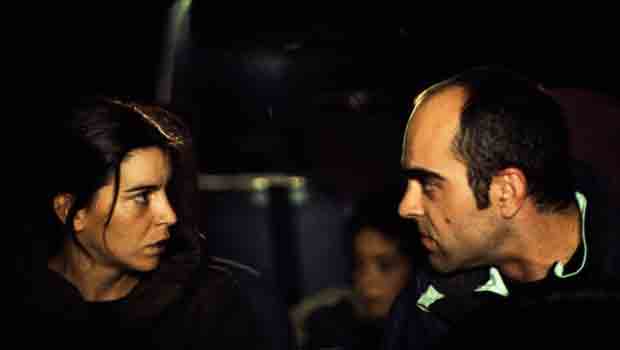 Summary: Fleeting moments of comedy in rather unexpected circumstances.

Spanish director Iciar Bollain tackles the harsh reality of domestic violence in Spain in this gritty drama, focusing on a woman’s personal battle between love and fear, as well as raising interesting questions about the wider cultural picture of a patriarchal society.

Scooping seven Goya awards (Spain’s equivalent of the Oscars), Bollain’s dramatic portrayal of Pilar, played brilliantly by Laia Marull, as a woman trapped in a relationship with an insecure and aggressive husband, Antonio, (Luis Tosar), owes more than a nod to the films of Ken Loach, in particular Nil By Mouth. Interestingly, Bollain has actually written a book about the famous British director and is married to his friend and collaborator, Paul Laverty.

The drama and tension revolves entirely around the two leads as they attempt to get a hold on their lives, but are restrained by a relationship torn between passion and violence. In Tosar’s case he is undergoing group therapy to contain his aggressive behaviour, while Marull attempts to construct a life of her own as a museum curator but finds it hard to escape the overpowering shadow cast by her controlling husband. The conflict of interests is felt not just by the characters but also by us – the viewer.

Despite willing Marull to follow her sister’s advice and leave her husband, I also found myself sympathising with her desire to stick with him. This is because Tosar brings out the humanity in his character through the counselling sessions, where you get a sense that he is battling with his demons, and desperately loves Marull.

But as his character becomes more paranoid, overbearing, and outright violent, culminating in an explosive scene at the end, your sympathies are clearly drawn the way of the woman.

Like Loach’s cinema, the emphasis is on serious issues, seriously treated, hinting at the inescapable complexities of loving an abuser. However, there are also fleeting moments of comedy in rather unexpected circumstances. During the anger management sessions, despite the seriousness of the situation, you can’t help but chuckle as the men attempt to deal with their aggression towards women by removing their built-in gendered stereotypes and getting in touch with their feminine side, simply by asking the wife: “How was your day?”