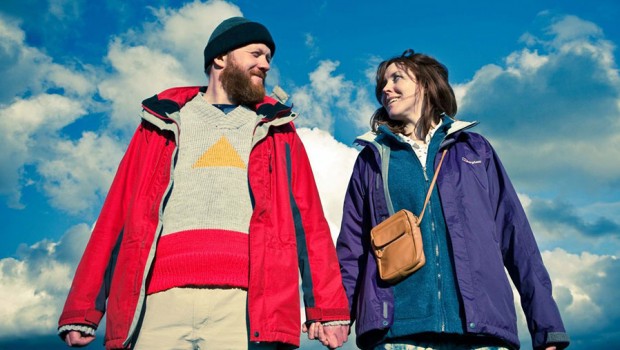 Summary: A strange but successful mix of Shane Meadows-style realism and Channel 4 sitcom.

Ben Wheatley is carving out a name for himself as one of the most interesting British filmmakers of the decade, showing a flair for squashing genres together to weird but accessible effect.

If Down Terrace was a unique mix of family comedy and crime drama and Kill List a union of hitman thriller and witchy horror, then Sightseers is half road trip comedy and half killer splatter flick. If the Yorkshire Tourist Board decided to commission a slasher (you never know), it would probably turn out something like this.

Oddball lovers Chris (Oram) and Tina (Lowe) decide to take the next step in their relationship by embarking on a caravanning holiday – earning the opprobrium of Tina’s manipulative, overbearing mother Carol (Davis). And so off they set on the wide open road, taking in such staples of childhood holidays as Keswick Pencil Museum and Ribblehead Viaduct.

While they’re clearly not the sharpest pair, Chris and Alice seem little more than harmless geeks – until Chris runs down a litter-lout who has ruined his day at Crich Tramway Museum. From then on Chris and Tina off anyone that annoys them, from posh, pretentious campers to rowdy hen do-ers, rallying against the injustices of the world like D-FENS in a camping jacket.

The couple’s ideology is rather contradictory – a discarded sweet wrapper is enough to send Chris into a wild rage, but he has no problem in letting his adopted dog foul a field. But then it swiftly becomes clear that these are bona fide psychopaths rather than any kind of societal warriors.

Despite this, the relationship between Chris and Tina is believable – even sweet. Garth Marenghi’s Darkplace’s Lowe is hilarious as the sheltered Tina, burdened with issues over self-confidence and social anxiety, while Oram is equally impressive as Chris, a caravan nerd brimming with barely suppressed anger, disappointment and resentment.

Around them is a terrific set of lost and lonely supporting characters. Scene-stealers include Eileen Davis as Tina’s attention-hungry mother, who thinks nothing of faking a fall down the stairs to guilt her daughter into returning home, and Richard Glover as a well-meaning fellow camper and creator of an experimental tent.

The tone is an strange mix of Shane Meadows-style realism and Channel 4 sitcom, wrapped up in the faintly depressing minutiae of everyday life – a world of extra strong mints, pasta sauce, vouchers and junk food (“there’s nothing worse than cheap crisps,” Monica Dolan’s priggish camper warns Tina as she attempts to feed her dog).

Anyone expecting the sunny rom-com seemingly promised by the Day Glo posters may be alarmed at just violent the kills are – the scenes of brains being bashed-in in extreme close-up wouldn’t be out of place in a Lucio Fulci movie. Whether these sequences are intended to follow in the great tradition of slapstick gore films or are meant to create a disorientating disconnect between the protagonists’ innocence and their warped acts is up for debate, but the result falls somewhere between the two – and it works. Wheatley even finds time to show off his old-style horror chops again, particularly in a sequence featuring chicken-sacrificing pagans, incessant drumming and campfire dancing.

The middle-section of the story is fairly repetitive in the classic slasher tradition, but Wheatley’s energy and the sharp, endlessly quotable script (by the stars and editor Amy Jump) maintain the momentum right up to the final black joke. Sick, weird and very funny, it’ll be fascinating to see what other genre mash-ups Wheatley has in store over the coming years.