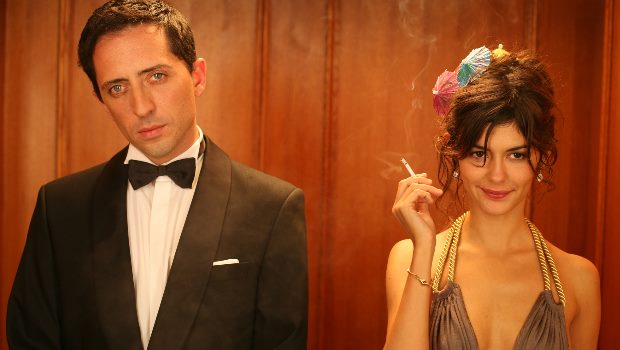 With a lightness of touch that Hollywood would undoubtedly struggle to reproduce, Priceless (Hors de prix) is a frivolous French romantic comedy that aspires to be nothing more than a throwaway bit of fun.

Audrey Tatou stars as the gorgeous Irène, a shameless yet dedicated gold digger, working her way through a series of sugar daddies in luxurious hotels across France’s resorts. When her current beau Jacques (Vernon Dobtcheff) passes out drunk in Biarritz on her birthday, she steals away to the bar to discover the barman, Jean (Gad Elmaleh), fast asleep. She mistakes him for a rich playboy and when he awakes, the smitten employee neglects to correct her. They get drunk and share a night of passion in the hotel’s unoccupied royal suite.

A year later, Irène and Jacques return to the resort, with the same result, but this time Jacques learns of her infidelity and cuts her loose. Jean, by now head over heels for Irène, follows her to Nice where she almost bankrupts him with her demands, practically daring him to walk away. On the verge of being thrown out of his hotel for a bounced payment, Jean is only saved by the intervention of Madeleine (Marie-Christine Adam), a mature woman who takes him in as her toyboy.

Jean adapts to the gigolo business well and with Irène newly installed with her latest mark, they become equals, willing prostitutes, with Irène schooling Jean in the tricks of their trade (sulking, staring off into the distance and leaving sentences unfinished), for which he profits to the tune of a €30,000 watch and motor scooter. They become emotionally close yet are kept physically apart by their circumstances, as she remains addicted to the lifestyle, while he is simply addicted to her. Will they ever be free and together?

Director and co-writer Pierre Salvadori offers a refreshingly non-judgemental portrayal of his characters’ amoral pursuits, refusing to contextualise Irène or make excuses for her. Alluringly played as a bad girl affecting naiveté by Tatou, she has no illusions about who she is and few compunctions either. Elmaleh is even better, with a hangdog expression of longing that transmits volumes. Although consistently out of his depth, he is never less than charming. Cinematographer Gilles Henry shoots it all with an understated sexiness that allows the camera to stay out of the bedroom for the most part.