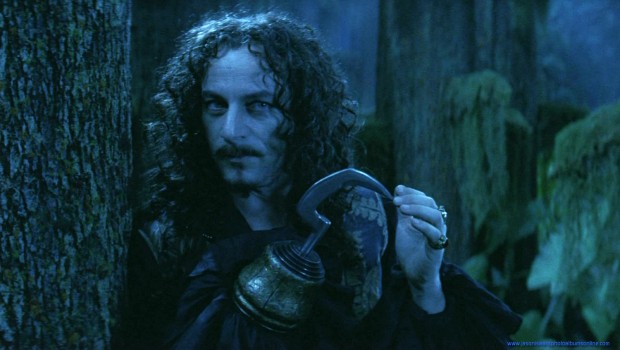 Starved of emotion and more importantly charm, you have to wonder whether it was director PJ Hogan’s singular intention to make Hook look like some kind of misunderstood classic. The frightening fact that he almost succeeds is testament to just how bad Peter Pan actually is.

Most people should be familiar with the plot. One night fairytale-loving Wendy Darling and her two brothers are paid a visit by none less than Peter Pan, the boy who refuses to grow up, along with his fairy sidekick Tinkerbell. After giving the kids a lesson in flying (with the aid of some fairy dust, naturally), Pan whisks the trio off to the magical world of Neverland where they meet the ragbag crew of The Lost Boys and battle against the dastardly pirate Captain Hook.

The key plot points – the clock-ticking croc, the visit to the Mermaids, the Indian ceremony – are hurried through with an almost reckless unenthusiasm, a far cry from the magical enchantment of JM Barrie’s original play. The acting meanwhile resembles a pageant of the smug, though particular note must go to Sumpter himself as Pan who could possibly be the most irritating child actor on the entire planet. Swimming Pool’s Sagnier as Tinkerbell is also pretty horrendous (yes, even worse than Julia Roberts in Hook), almost crying out for a first-act squashing that unfortunately never happens. Isaacs, in the dual role of Mr Darling and Hook, at least emerges relatively unscathed, though it’s fair to say that any seasoned pantomime ham could muster an equivalent performance. But it’s only Rachel Hurd Wood as Wendy who is actually memorable, mainly down to a convincing line in spellbound facial expressions.

The actors can’t take all the blame. Hogan throttles the movie with a display of prolonged but boring computer effects and laboured comedy routines that leave you scratching your head over whether this is really the same man who gave us the hilarious small-scale Muriel’s Wedding. The dream-like charm of Barrie’s world can’t be recreated simply by pumping millions of dollars into a CGI crocodile and flying-effects; after all, it was written as a stage play originally. To be fair Hogan does at least try to grapple with some of Barrie’s darker undercurrents, from Tinkerbell’s overwhelming jealousy to Pan and Wendy’s fears of joining the adult world, but the film feels so stale and processed that it just never rings true.

Some of the best kid’s movies of the 80s managed to create a real sense of magic and wonder combined with genuine wit, as seen in films like Labyrinth or The Never-ending Story. If Peter Pan is an attempt to return to those more innocent days, away from sitcom-smart crowd-pleasers like Finding Nemo, then it fails dismally. Watching the Disney cartoon again proves to be a far more appealing option.