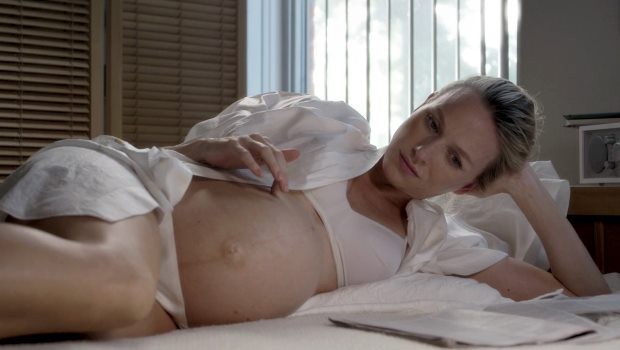 Summary: Provides enough strength in depth of character and emotion to impress even the most hardened soul.

Colombian director Rodrigo Garcia has already proven to be an adept director of dramas both for TV with Six Feet Under and The Sopranos, and small feature films such as Nine Lives. But it is with Mother And Child that he has taken his talents to a new level.

With an all star cast at his disposal, including Samuel L Jackson, Annette Bening and the exceptional Naomi Watts, Garcia takes the character driven approach with this film, providing quietly absorbing scenes of emotional drama without being overly melodramatic.

As in Nine Lives, it is the women that take centre stage with the men relegated to providing background support. We are introduced to three female characters all living what appear to be separate live in Los Angeles.

The first is Karen, a miserable physiotherapist struggling to come to terms with the death of her disappointed and disapproving mother, played by a scary and unfamiliar looking Bening; the second is a ruthless and ambitious, but emotionally scarred lawyer named Elizabeth (Watts) who sleeps with her boss (Jackson); and finally Lucy, an infertile African-American woman looking to adopt the unborn baby of a teenage girl (Shareeka Epps).

As the stories unfold, connections between the characters are slowly hinted at, but not exposed in a clumsy overt way. We discover that Elizabeth was in fact adopted and never met her real mother, while Karen has been tormented for years about giving up her baby when she fell pregnant at the age of 14.

These troubled events allow us to slowly crack open the hardened shells of both Karen and Elizabeth who at first appear quite cold and ruthless, and in Karen’s case prone to bouts of spontaneous anger, bitterness and spite.

It is the thankless task of Karen’s would be boyfriend and fellow co-worker, Paco (Jimy Smitts), and Elizabeth’s boss (Jackson) to provide support to the women as they unravel their pasts and try and discover happiness.

Luc’ys story is equally challenging and provides an important link to the whole story while providing some fascinating moral dilemas common to the difficulties of adopting a baby, including the reluctance of a fertile boyfriend to go ahead with the process.

The acting is superb throughout from the entire cast and the stories are moving enough to maintain the audience’s interest. The final half an hour or so seems a little dragged out and there are a few too many twists and turns, but overall the film provides enough strength in depth of character and emotion to impress even the most hardened soul.