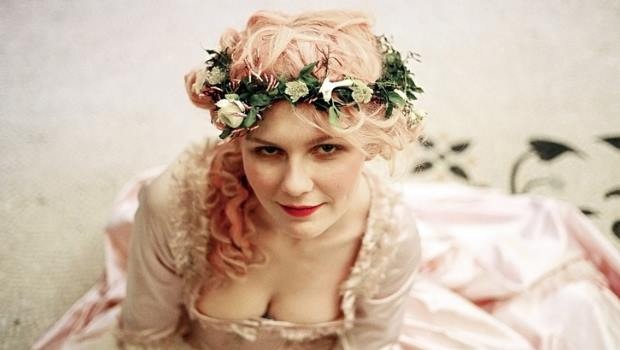 Summary: A visual feast of colours, sumptuous locations, decadent fashions and a soundtrack that itself alone is a mini-leap into musical history past and present.

No pun intended, but somewhere along the way, Sofia Coppola seems to have lost the plot. Gone are the days of innocent walks in the park, teenage obsession, trips to Tokyo and missed connections. In their place, we are offered this vacuous mess of brainless ideas, a period drama with nothing dramatic about it.

A Coppola film has always been an acquired taste, but Marie Antoinette pushes the limits of indifference to a further level of emptiness. Like The Virgin Suicides and Lost In Translation before it, this is a “chick flick” in all but name. All of her leads – tragic female heroines caught somewhere between adolescence and adulthood – somehow managed to find a way of being likeable. In this case, not even Coppola seems to care about making her unlikely heroine any more engaging than paying your monthly bills.

Marie Antoinette is probably one of the most misunderstood figures in history, her name synonymous with selfishness, greed, lavishness, cold-heartedness, and the list goes on. But this is no history lesson. If you hope to gain any more insight into the mind of the controversial queen, you’re better off consulting your history books again. That said, for those who want to be educated on what the movie could have been, here’s a short primer. As an Austrian princess who became Queen of France at the age of 14, Marie Antoinette’s life was marred by controversy. Propelled into an awkward position of authority before she could even locate either Austria or France on a geographical map of Europe, she abused it in every way possible with complete disregard for any consequence of her actions. Needless to say, she was beheaded at the hands of the French revolution fifteen years later. Much was made of her unconsummated marriage to Louis XIV, and Coppola’s film seems to linger overly long on these proceedings at the expense of two hours of more relevant storytelling.

The movie is faithful to Marie Antoinette’s hedonist leaps into decadence and, for what it’s worth, a visual feast of colours, sumptuous locations, decadent fashions and a soundtrack that itself alone is a mini-leap into musical history past and present. But when Bow Wow Wow’s “I Want Candy” and a sequence of Marie Antoinette’s escapades into the French capital add up to the essence of Coppola’s film, you know something has been forgone as a result of that. In this case, it’s, sadly, plot development.

If there is something Coppola got right, it was the casting. Kirsten Dunst is the quintessential French queen, her pale-skinned charms and effortless expressions providing the right canvas for the limited emotive competence of her role. But for someone who is never required to deliver a sentence more than half a dozen words long, it can’t be that hard.

I’m sure Coppola’s punky take on the period drama will go down well with the Popworld-generation, but for the rest of us, there is little left to munch on. Essentially a movie about nothing, Coppola has sidestepped any political or cultural reference to Marie Antoinette’s time in Versailles. As a consequence, she comes across as a spoiled brat with nothing but parties and boys on her mind.

Having said all that, may I suggest Coppola’s next project? She should take on the music video for a while, and save her talents for something more substantial.