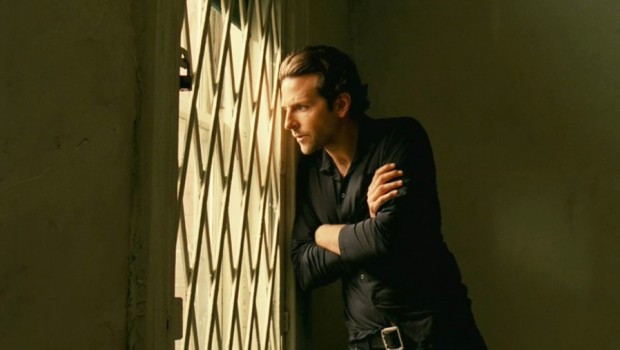 Summary: Cooper shines but the story he’s in the middle of moves from promising beginnings to settle into generic chase thriller territory.

This slick thriller offers a diverting Friday night’s entertainment, but nothing more; that’s a shame given the potential of its concept. The one thing it does very well, though, is showcase the considerable screen talents of leading man Bradley Cooper. The Hangover star is the perfect choice to play Eddie Mora, a scruffy writer who transforms from an unmotivated layabout into a supremely sophisticated businessman with a razor-sharp mind after he takes a mysterious ‘clear pill’. It’s the kind of audience-winning performance that used to be Tom Cruise’s speciality; Cooper exudes effortless confidence in front of the camera, but also possesses a keenly intense dramatic ability that brings an audience immediately into his character’s moment.

But while Cooper shines, the story he’s in the middle of moves from promising beginnings to settle into generic chase thriller territory. The idea of a pill that can open up the untapped reserves of human brainpower is a fascinating one, and director Neil Burger initially seems interested in exploring it: the way the pill throws open Eddie’s mind recalls Tyler Durden’s system-subversion in Fight Club, and Burger’s Fincher-aping camera techniques encourage the comparison. But this central concept is not particularly explored by Leslie Dixon’s script, adapted from Alan Glynn’s 2001 novel The Dark Fields. Instead, once the film establishes how much power and status Eddie can acquire through the pill, it quickly shifts focus to the external threats to his situation – people who want to stop him, the problem of maintaining a supply, how to keep it a secret and so on – meaning that that the pill effectively becomes what Hitchcock called a MacGuffin; an object that the plot hinges on but is not important in itself. Once this happens, anything that was uniquely interesting or compelling about the story is superseded by simple ‘survive-at-all-costs’ thriller logic.

Burger peppers the film with a handful of impressive effects sequences that capture the effect on Eddie when he takes the pills. As he first experiences the drug, the visuals niftily explain what his brain is doing and where his new knowledge is coming from. Similarly, in a scene when Eddie fends off a huge group of attackers, Burger cuts between the sources of his newfound fighting ability – remembered moves from computer games and TV shows – and the practical application of it. It’s a brilliantly edited scene and works very well.

But the success of these sequences ultimately highlights the fact that there is nothing more to this film than flash and disposable thrills, a point further brought home by the negligible impact that Robert De Niro and Abbie Cornish make in their supporting roles. Once this script has laid its tracks for the plot to roll out on, it leaves no room for incidental details like characterisation or believable human interactions. Perhaps a better title would be Limited.