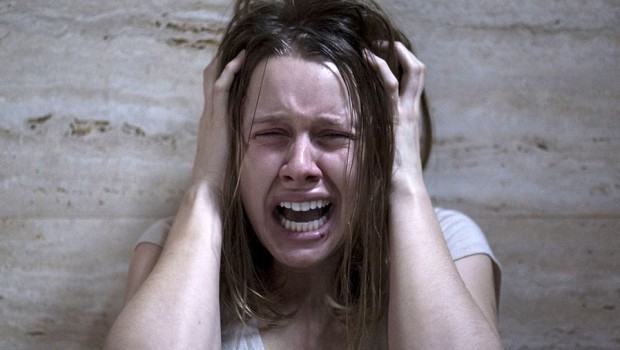 Summary: A Spanish thriller that will leave you in suspense from start to finish.

This Spanish thriller should come with a warning tag… “Not for the faint hearted”. From start to finish the tension level is at maximum and the brutality gets steadily worse until we are hit hard with a stunning climactic finale.

The plot itself is simple, a middle aged husband and wife and their teenage daughter move into a spacious, modern-designed house in a gated community of Madrid only to then find themselves soon under attack by masked intruders with Eastern European accents who burst into their home and keep them captive until they hand over their money.

This sort of ground in which people are tormented in their own homes has been covered before in films like Michael Haneke’s Funny Games, Jonathan Kaplan’s Unlawful Entry and John Schlesinger’s Pacific Heights. But while in those films deep down you feel convinced that the victims won’t come to any great harm, the same cannot be said of Kidnapped.

This sense of the unexpected is best illustrated by the novel approach of having the ring leader of the kidnappers immediately dragging the father, Jaime, away from his wife Marta and daughter Isa, and getting him to drive to the local cash machine to take out as much money as possible, under the threat that if he makes one false move, he will call his seriously disturbed partner in crime back at the house and all hell will break loose.

The sense of calm and normality in the street as Jaime waits in line to get money out contrasts brilliantly with the sense of panic and urgency boiling up inside him as he tries to repress the urge to call for help.

Meanwhile, in the house, the third kidnapper, a local Spaniard, is finding it hard to restrain the disturbing Albanian accomplice who is permanently on the verge of exploding into violence. One scene in particular reflects the calm before the storm when the Albanian is sitting squashed between the scared looking mother and daughter as they watch the motor racing on television when suddenly the door bell goes.

As desperation and despair kick in for all parties concerned, mistakes are made, escapes are attempted and eventually explicit hardcore violence erupts with dramatic effect.

No other film this year has left such a strong impression on me, or my film critic colleague sitting beside me who only came along because I told him the film had received a lot of buzz in Spain ahead of its premiere at the festival and was being sold well abroad. As we left the cinema in stunned silence, he eventually turned to me and said “holy shit, I don’t know whether to thank you or avoid you for recommending such a film.”

Although Kidnapped does little for relations between Albania and Spain, it certainly bolsters the standing of director Miguel Angel Vivas who can be considered one of several exciting young local film makers tackling the horror/thriller genre, including the likes of Juan Antonio Bayona (The Orphanage), Rodrigo Cortes (Buried), Paco Plaza and Jaume Balaguero (Rec) and Guillem Morales (Julia’s Eyes).

Fernando Cayo and Ana Wagener pull off accomplished performances as the panic stricken parents struggling to cope under threat, while promising young actress Manuela Velles does a good job of representing the enormity of the situation with her wide eyes and desperate pleas, while on the verge of hysteria.

Despite the fact the film is in Spanish with a cast that is relatively unknown abroad, Kidnapped certainly has the potential to follow the lead of its Spanish cousins The Orphanage, Buried, Rec etc, and succeed both locally and internationally. But it will be interesting to see what the Americans make of the ending.