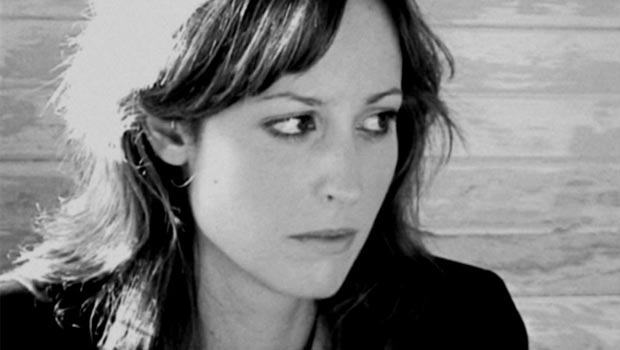 Summary: Dunton has created an honest and atmospheric movie that, as in the best romantic movies.

The debut feature from UK writer-director Erica Dunton is a mostly convincing attempt at capturing the strange, fleeting nature of finding love when you least expect it.

Two unnamed strangers meet at an airport travelling to Wilmington, North Carolina – the woman (Gilmore) for an interview at a TV station, the man to return home to his pregnant girlfriend – and over the next 24 hours they fall in love. They have a drink in a café, attend a family meal, sleep together and part. And that’s pretty much it.

As you might have gathered this isn’t a film about plot or exciting events. But unlike, say, Richard Linklater’s exemplary Before Sunrise, Find Love isn’t a film where clever, witty dialogue is important either. In fact the scenes here are improvised, a technique that helps lend the movie a veneer of realism present in its characters’ smiles, frowns and clumsy exchanges.

An essentially two-character movie like this also rests on the strengths of its leads, and luckily a morose Carmargo and an upbeat-yet-insecure Gilmore are excellent in conveying the unfulfilment, disappointment and complications of their daily lives. Craig Sheffer, almost unrecognisable from the days of Nightbreed and A River Runs Through It, also makes a welcome appearance as an unsympathetic TV channel boss whose bitter attack on Gilmore helps push her closer to the complete stranger that appears to instinctively understands her.

Ultimately Find Love is a mood piece. And in this respect it succeeds very well, with scenes seeping dreamily into each other and the shimmering use of DV making even the streets of a nondescript American town seem beautiful. Find Love is also helped immeasurably by an atmospheric score by Icelandic band MUM, who give the film an ethereal, almost otherworldly quality – in this movie love seems to exist outside of the confines of the real world.

Certainly Find Love is a rather introspective, navel-gazing picture and it doesn’t say a lot that hasn’t been said before. But in stripping its examination of love down to the very basics Dunton has created an honest and atmospheric movie that, as in the best romantic movies  from Brief Encounter to the aforementioned Before Sunrise, doesn’t try to force any kind of neat resolution onto its characters’ lives.