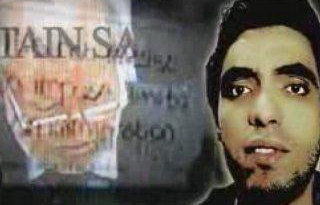 Summary: For the most part it's a selection of stylish, unique and occasionally dazzling shorts that is worthy of anyone’s time.

The Brighton-based filmmaking collective Final Cut return with their third DVD of wildly eclectic short movies. The 16 genre-hopping oddities you’ll find here (mostly from the UK, though a couple of New York shorts sneak in) are once again compulsive viewing for anyone who has even the vaguest interest in the unappreciated art of short filmmaking.

The lineup soaks up every conceivable genre and artform, including animation (the gleefully creepy stop-motion doll drama Doll Haus), dance (Chirstinn Whyte returning this year with the one minute Flicker) and music videos (including Dominic Lyddon’s stylish Faster Bigger Better More, which combines ultra-tight editing with a dazzling onslaught of graphics trickery). There’s even a documentary in the form of Daniel Florencio’s A Brazilian Immigrant, which adopts an eyepopping, ultra-cool visual style, though the flashy techniques do detract from the content itself at times.

Of course, there are plenty of short dramas here too. Like a good short story, it’s tricky to fashion a proficient short drama without it appearing like a sketch or part of a longer project, but a few of the Final Cut filmmakers have created striking, memorable movies. Rendezvous, by Peter Mengler, is a stunning borderline fantasy. The strange story of a group of 1920s-attired oddballs meeting up at Brighton Pier, Mengler’s sepia-tinged visuals do the difficult job of making a familiar landmark seem fantastical, otherworldly and beautiful.

Another highpoint is Robert Cambrinus’ languously-paced Illegal. The affecting 12-minute tale of a doomed friendship between two immigrants (naturalistically played by Cambrinus and Audrey McCoy), Illegal is obviously influenced by the great tradition of British humanist filmmaking, and there’s a poignant sting in the tale. A drama of an entirely different kind unfolds in Martyn Holmes’ Deleted, a 5-minute S&M-themed thriller that challenges the form by having drama unfold entirely on a mobile phone via texts and video messages.

Pick of the bunch, however, is definitely Chris Hooper’s Stung. OK, so the plot might sound fairly tedious – an ageing beekeeper recalls how she fell in love with honeybees. But aided by a smart, witty script and a charming performance from Jennifer Thorne, it’s a tale that resonates with a sense of both yearning and impishness, and marks the arrival of a real talent. Hooper has a confident, slightly fuzzy visual style that buzzes with a warm glow of nostalgia, but he’s also smart enough to let his story do the talking, and resists the urge to overload Stung with a barrage of hyperactive visual tics.

Short films have been rather rudely neglected by the big cinemas and TV companies in recent years. And while the internet has seen a proliferation in the artform, it is sometimes difficult to weed out the magical from the monstrous. With the Final Cut collections (along with the group’s regular screening sessions) you’ll have to do far less weeding. You may not like everything you see here, but for the most part it’s a selection of stylish, unique and occasionally dazzling shorts that is worthy of anyone’s time.