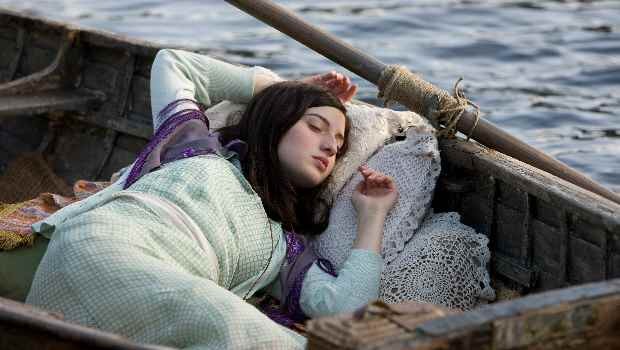 Summary: Jordan Scott’s film doesn’t do anything particularly surprising with this scenario or the characters that inhabit it.

A remote girls boarding school in 1930s Ireland (though you wouldn’t know it from the RP accents) is the idyllic setting for this lush adaptation of Sheila Kohler’s 2003 novel. Di Radfield (Juno Temple) is the leader of the school’s elite clique, who conduct themselves in near-worshipful admiration of Miss G (Eva Green), a sophisticated and beautiful teacher who seems oddly out-of-place among the aged staff. Di enjoys the enviable position and power of being Miss G’s favourite, until the arrival of Spanish student Fiamma (Maria Valverde) knocks this little commune out of balance. The exotic newcomer becomes the sole object of Miss G’s attention, but when she fails to behave with the same fawning admiration as the other girls, the teacher’s perfect appearance begins to crumble, revealing an obsessive nature underneath.

Miss G is a fascinating character, and it’s not hard to see why this story appealed to the cast and filmmakers; there’s plenty of room for dramatic investigation with this seemingly in-control and inspirational teacher who is slowly revealed to be even more needy and broken than her pubescent charges. But debuting director Jordan (daughter of Ridley) Scott fails to reach those interesting character depths, instead guiding the film from an evocative set-up into silly and overblown territory. She’s not helped by lead actress Eva Green, who chalks up another post-Casino Royale disappointment with her unconvincing central performance.

Casting an actress as striking as Green to play this character would seem to make sense, but she is too much a cinematic beauty and not enough a skilled actress to make this character’s unravelling believable. Her performance is too self-conscious, and while this serves the character in the earlier stages of the film – as Miss G is herself playing a role for the girls – it becomes a problem as her façade unravels. We are supposed to be seeing the real person, with all her insecurities and obsessions, coming to the fore, but as Green enacts the script’s increasingly ridiculous developments, there is no depth to her portrayal. Ultimately it’s just another ‘crazy’ movie performance that bears little resemblance to real life.

The writers’ development of Di is much more successful, and despite her perceived cruelty she gives the film its heart. At times she is nasty, but even in her manipulative moments there’s innocence to her, as she is living the only way she knows. Juno Temple makes a strong impression in the part, balancing a necessary streak of nastiness with a clear deep need for approval, and when the film ends it is Di’s story that lingers in the memory.

Juno Temple was previously in Atonement, which is a film that this film brings to mind, but Cracks is much slighter in comparison. The recreation of a secluded part of historic Britain is done with similar craft and precision, with excellent work from production designer Ben Scott, and beautiful cinematography from Scott senior’s regular collaborator John Mathieson. But unlike Atonement, in which Joe Wright used that traditional TV-drama context as a launch-pad to tell a unique and powerful story, Jordan Scott’s film doesn’t do anything particularly surprising with this scenario or the characters that inhabit it.