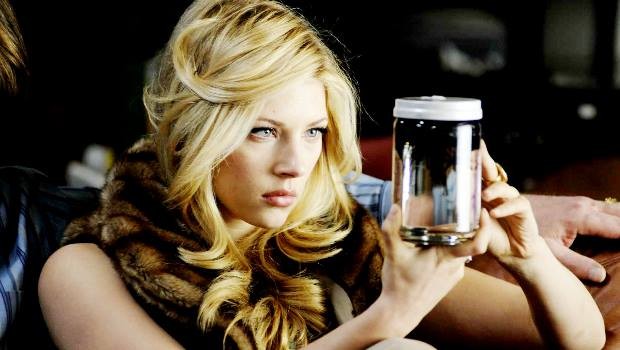 Summary: There are clear overlaps with Barthes’s ideas and methods and the kinds of themes that Charlie Kaufman has so uniquely explored from Being John Malkovich.

Is your soul weighing you down? Paul Giamatti finds that he answers ‘yes’ to that question in an early scene of this funny and thoughtful debut from writer/director Sophie Barthes. Giamatti (his character is an actor called Paul Giamatti – not the only Kaufmanesque element to the film) discovers that help is at hand in the form of a ‘soul-extraction’ agency based in his very own New York City. “When you get rid of the soul”, explains Soul Storage guru Dr. Flintstein (David Strathairn), “everything makes so much more sense, and becomes more functional and purposeful.” Paul decides to give it a go, and initially finds himself relieved: lighter. But he soon discovers that along with his soul he has lost the ability to act, a problem made all the more pertinent when his soul goes missing from its storage locker.

Barthes has set herself a very ambitious, if not impossible goal, in telling a story that takes the essentially indefinable human soul as its central subject. What is most impressive then, is how enjoyable and entertaining Cold Souls is, in that she tackles this subject in a way that is considered and meaningful but, more significantly, very funny. While Barthes offers plenty to chew on for those who enjoy pondering such things, her film works equally well as an absurd comedy; she has obviously learned from Woody Allen’s films that if you want to seriously attack the biggest questions of life, your best ammunition is a ready stash of jokes. And although on a few occasions she seems on the verge of whirling into philosophical irrelevances, each time she throws in a new plot twist that pulls focus back onto the character and his plight.

She’s invaluably aided by Giamatti, who brilliantly handles the demands of the role, investing a perfect balance of sincerity and humour into what could easily have been a ridiculous scenario. Emily Watson is also great in a small role as Giamatti’s wife Claire, the plain normality of her performance serving to keep the fantastical story grounded. When Giamatti finally confesses to her what has happened she responds with believable incredulity, and we find ourselves identifying with her in spite of the inherently absurd situation.

There are clear overlaps with Barthes’s ideas and methods and the kinds of themes that Charlie Kaufman has so uniquely explored from Being John Malkovich onwards, but Barthes’s film is no rip-off. Where Kaufman’s works tend towards pessimism, Barthes is ultimately interested in finding a hopeful conclusion to this soulish exploration. Her story keeps us laughing, but it also subtly digs into more profound areas, concluding with what could be the beginning of a beautiful, soulful, friendship.